With the growing groundswell against the use of the name "Redskins" by the Washington NFL team, this seems like a good time to share with you some photos I've accumulated over the years that depict Major League baseball players wearing feathered headdresses and other Native American garb in publicity photos.

I started gathering these images more than 20 years ago because many of them pictured members of the Boston/Milwaukee Braves, my childhood favorites.

Today any player engaging in such a politically incorrect gag photo would be suspended and fined. Hell, if any of these headdresses actually contained eagle feathers, those in possession would be liable to face Federal charges.

But these photos reflect a time when racial sensitivity in this country was at a nadir and pictures of the hometown boys being boys were considered good publicity. 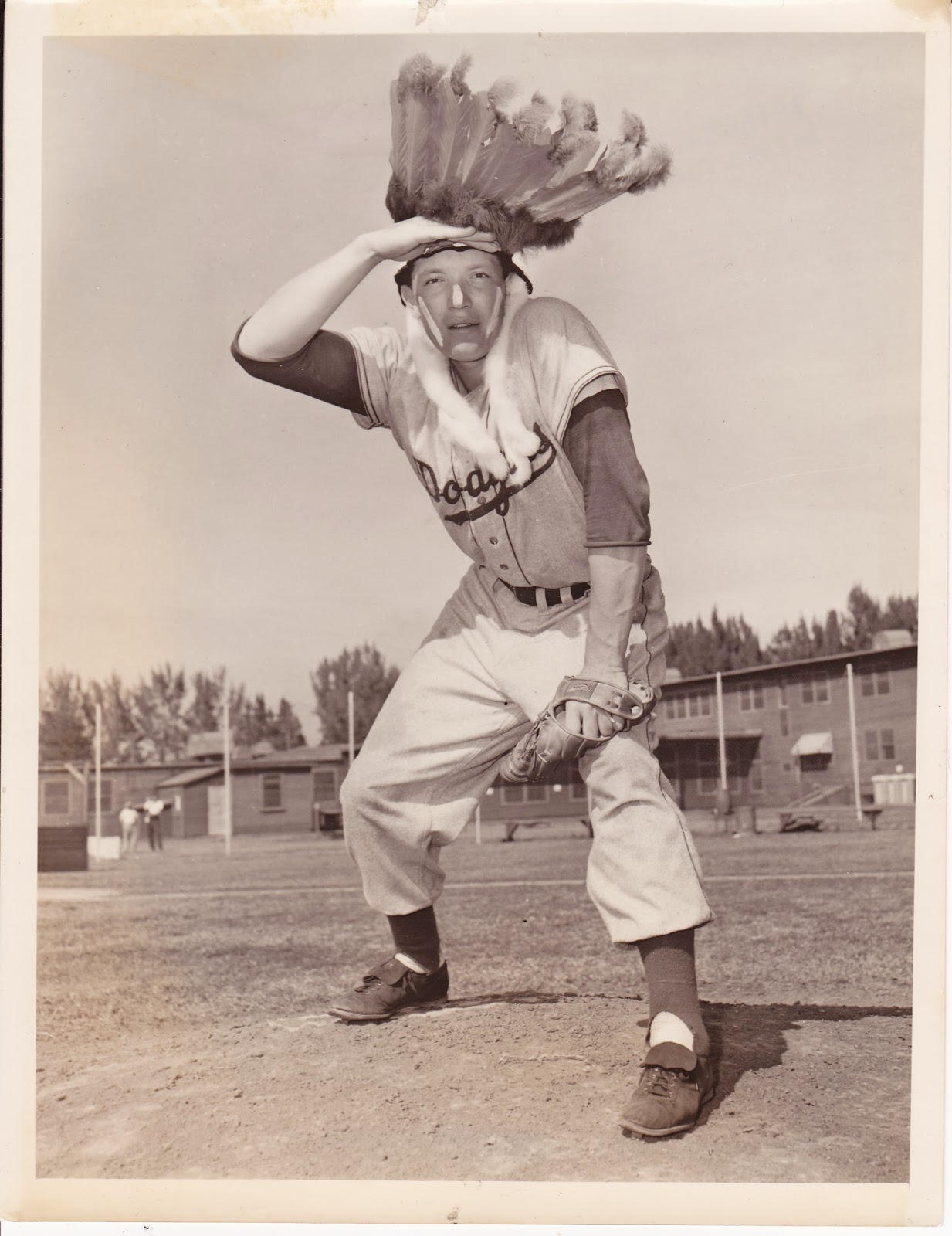 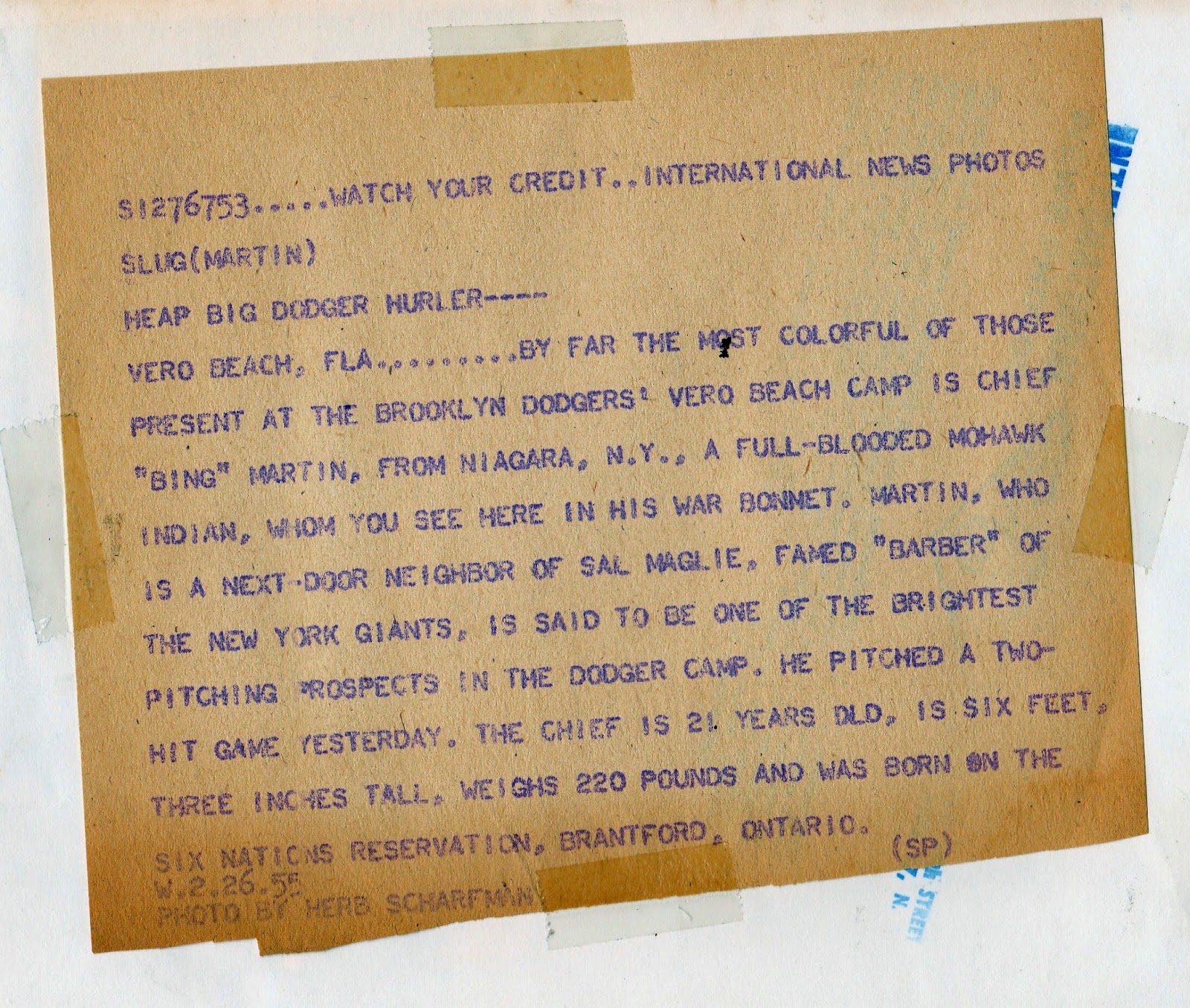 The first photo is something of a mystery, at least to me. The pitcher is described in the International News Photo caption from early spring training 1955 titled "Heap Big Dodger Hurler" as "Chief Bing Martin." He's said to be a full-blooded Mohawk from Canada.

Searching the baseball-reference.com data base, however, I don't see any player named Martin on any of the Dodger-affiliated minor league teams for 1955. 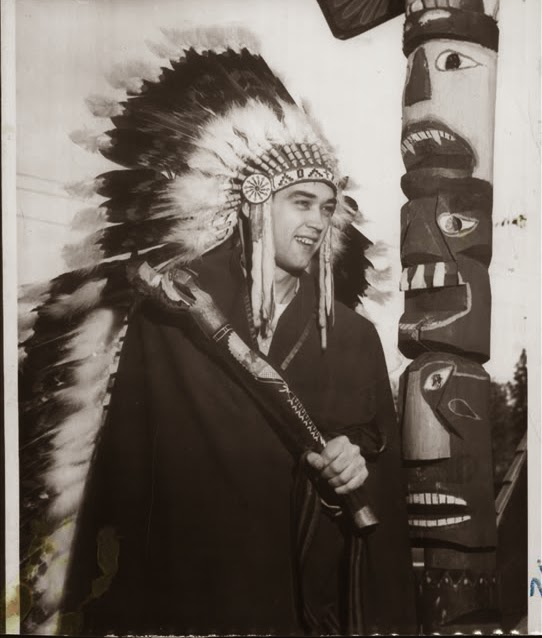 Gene Conley is pictured here in the early 1950s next to a totem pole, reflecting his status as having been born and raised in the Pacific Northwest. 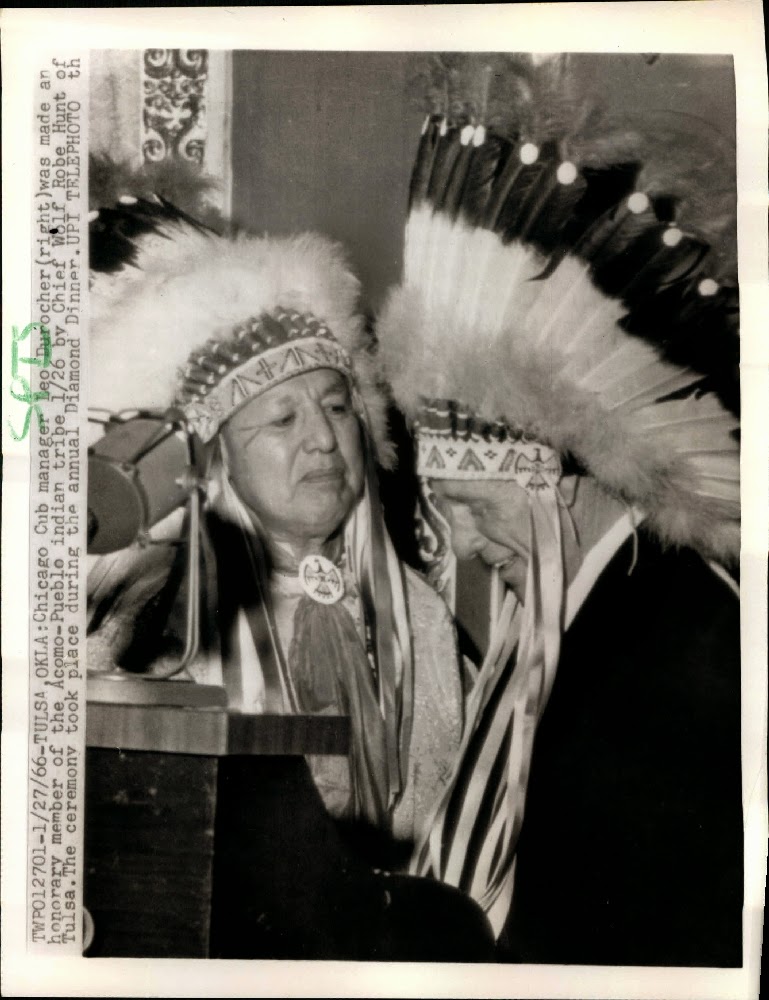 This 1966 photo features Cubs manager Leo Durocher (right) being received as an honorary member of an Oklahoma tribe. 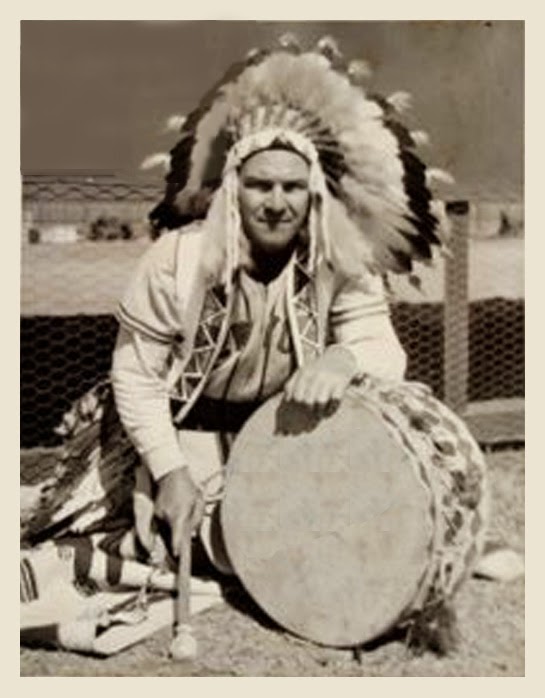 There's no attached caption with this photo of Mel Ott so we don't know the context. He's wearing a Giants jersey under the beaded vest, so it could be any time (judging from his apparent age) circa the late-1930s-1940s. 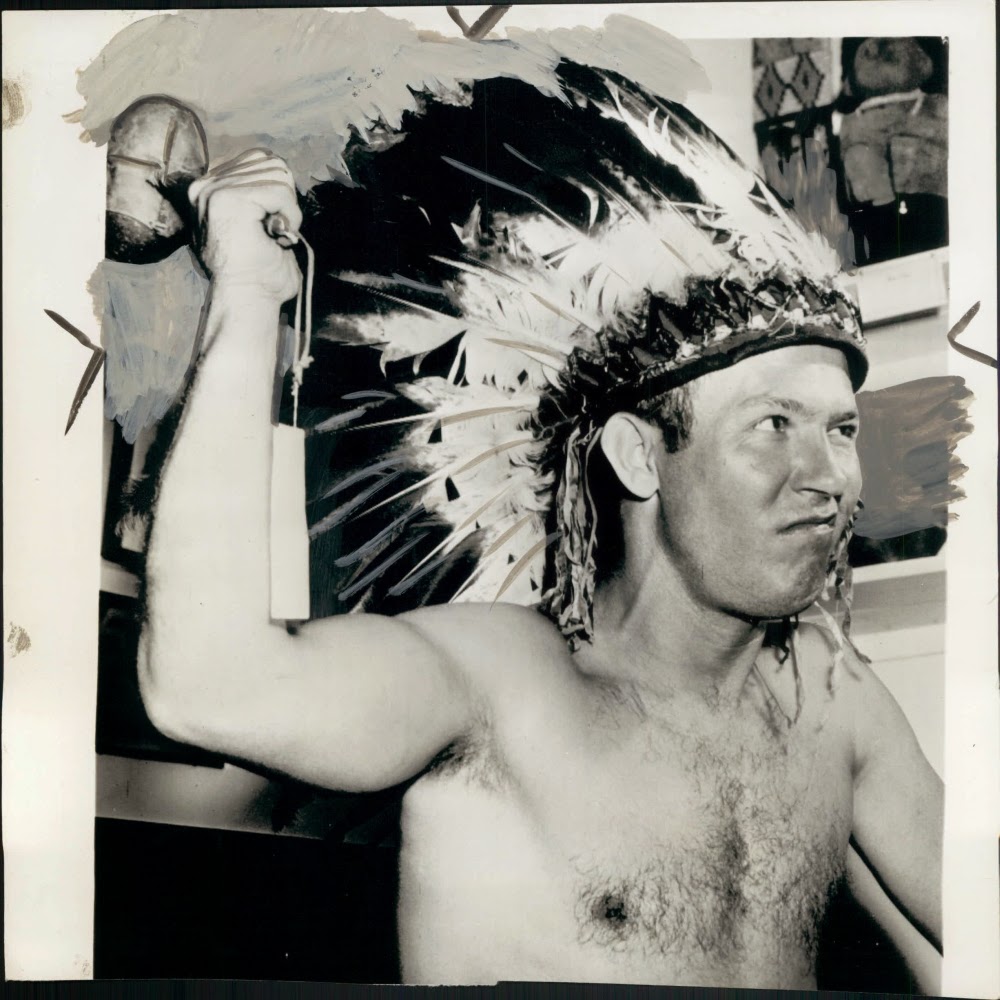 This photo of Pete Reiser also lacks a cutline, but it almost certainly dates to his time with the Boston Braves, 1949-50. 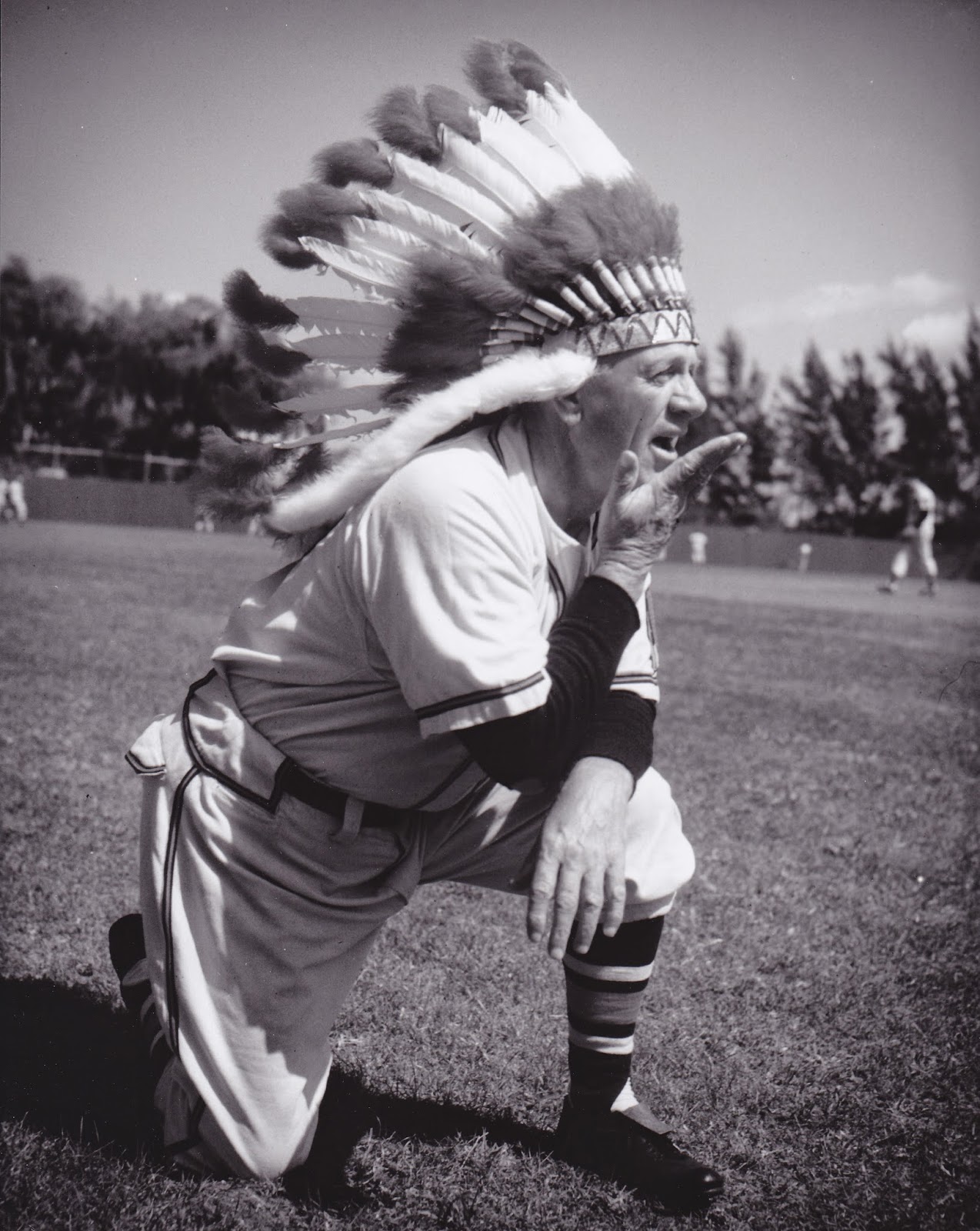 This photo of Boston/Milwaukee Braves manager Charlie Grimm could date to any spring training between 1953-1956.
Posted by Bob Lemke at 3:12 PM