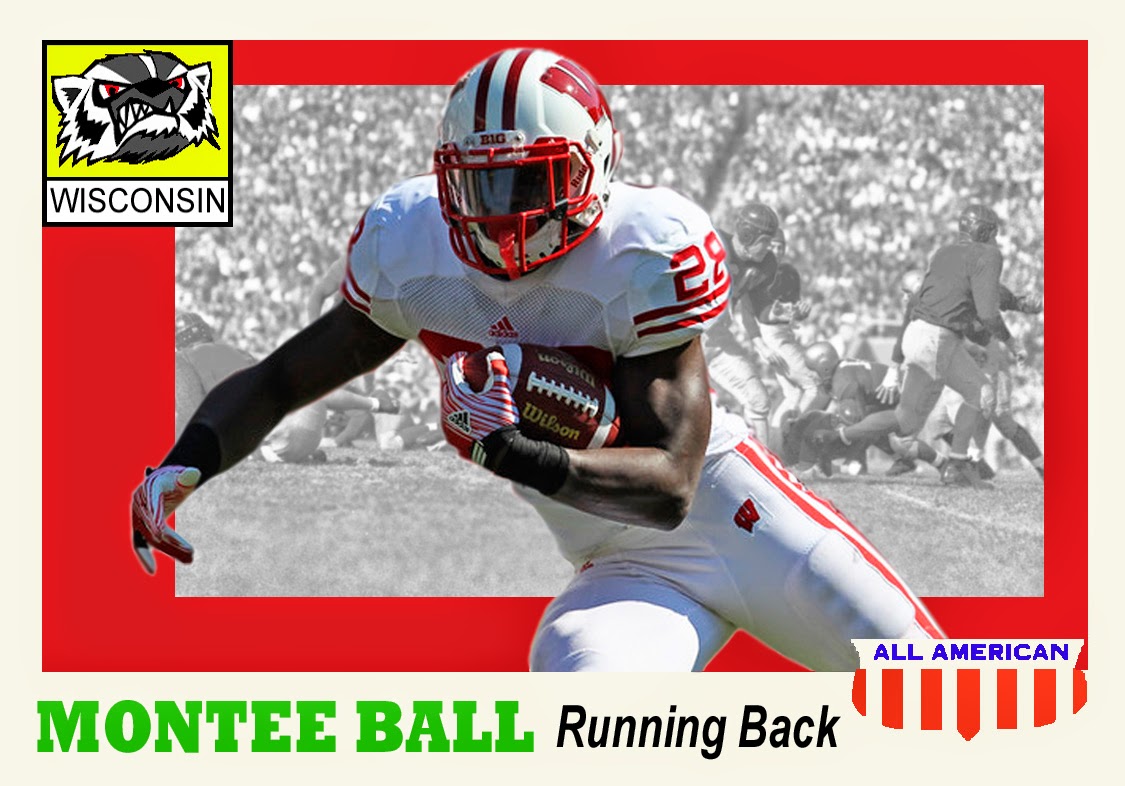 If you follow my blog regularly, you know I've recently been busy with custom cards in the format of the 1955 Topps All-American college football set.

My latest is a tribute to one of the Wisconsin Badgers' finest running backs, Montee Ball.

While he hasn't (yet) wowed the NFL in the same way he did the NCAA, it's still early in his pro career and there may be bigger things coming for him. Even if he never played another down in the NFL, however, his stature as one of the premier running backs in college ranks in the early 2010s earned him a spot on my checklist.


Where was Penn State's
respect for Montee Ball?

The incident of Aaron's 200th hit going unmentioned in the ballpark that I detailed on this blog on Feb. 26 brings to mind a similar situation I encountered while in attendance at the Wisconsin-Penn State game on Nov. 24, 2012.

The Nittany Lions were hosting Wisconsin in the final game of the season. Badgers running back Montee Ball entered the game tied for the NCAA FBS major college record in career rushing touchdowns scored.

In the first quarter Ball broke the record with a 17-yard run; his 79th career TD.

I waited in vain for the stadium announcement of Ball's feat. It never came; no announcement, no message on the score board, nothing.

I'm sure that many of the fans were made aware of the accomplishment via their smart phones, tablets, etc., but I thought it was bush for Penn State to go mum on the subject.

About all I can figure is that the school didn't want to embarrass its defense by making public note that Ball had achieved his record on their watch. 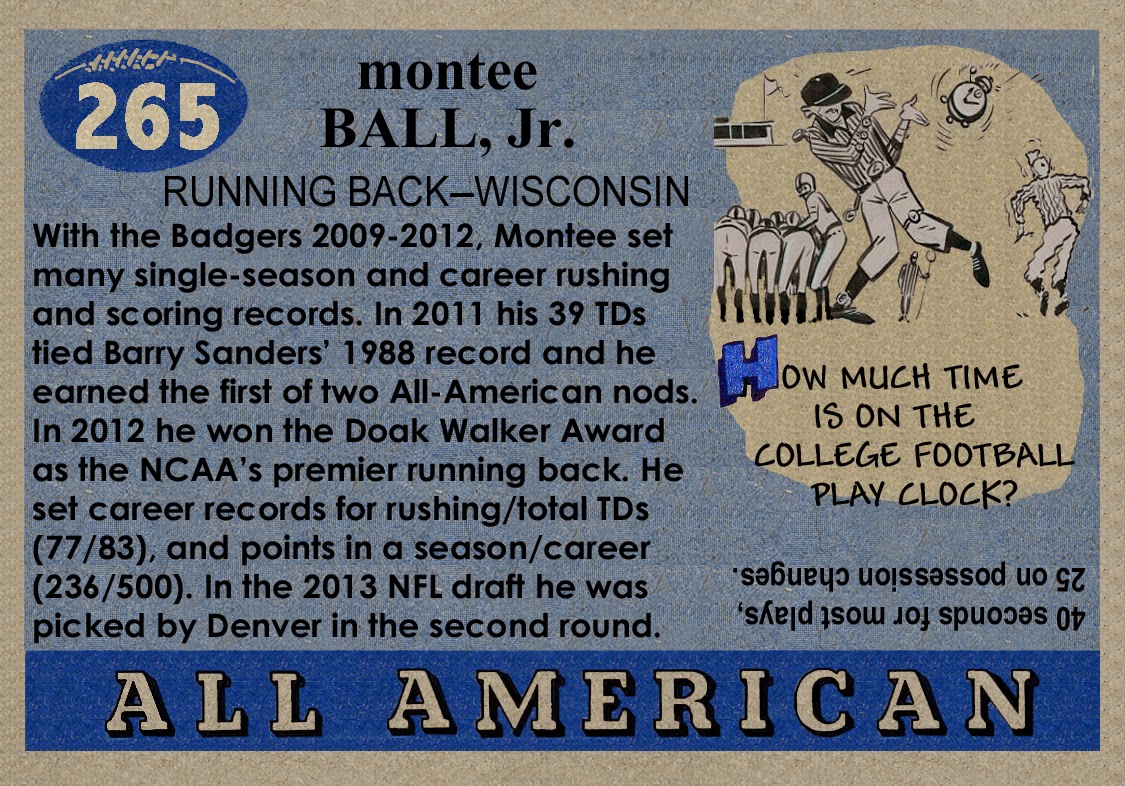