Conlan made "Christian" of Crandall 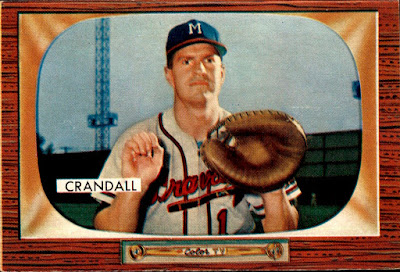 In his 22-year career as a major league player and manager, Del Crandall earned the reputation as a consummate gentleman on the field.

That wasn't always the case, though, according to Hall of Fame umpire Jocko Conlan.

In an article by Russell Schneider in the April 9, 1966, Sporting News, Conlan told the story of an encounter with Crandall.

"I was behind the plate in Del's first major league game in Boston in 1949," the umpire began, "and he lasted exactly two pitches.

"He squawked on both and swore at me on the second -- which was all I needed. Del was gone that quick.

"When Southworth heard it, he told Crandall, 'It serves you right. Goodness, gracious sakes, you don't say things like that to major league umpires.'

"To his credit," Conlan said, "Del never swore again that I know of, and several times he's referred to me as 'the man who made a Christian of me.'" 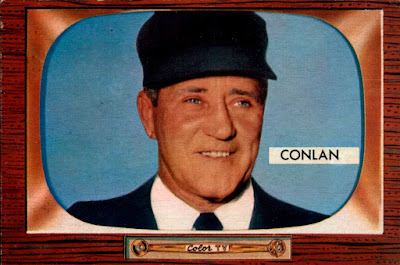 That's a great story, even if Conlan wasn't correct on all the details.

According to baseball-reference.com, the game in which Crandall was thrown out by Conlan was not his first as a rookie in 1949; it actually happened on Aug, 27, versus the visiting Reds.

And Billy Southworth wasn't managing the Braves at that time. He was placed on a leave of absence from Aug 16 through the end of the season, and the team was being managed by Johnny Cooney.

But the loquacious Conlan wasn't the type to let facts get in the way of a good story. 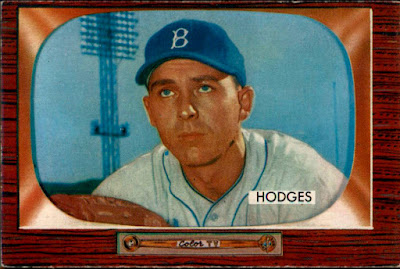 Hodges also exemplary
In a related vein about players who avoided early umpire-assisted exits, Washington baseball writer Bob Addie reminded readers that -- as spring training drew to a close -- Senators manager Gil Hodges had never been thrown out of a major league ballgame.

But Addie explained, "Hodges never uses profanity, which is the reason 99 per cent of the time that a man gets chased."

In his playing days, Hodges was known as a good Catholic, who regularly attended mass in Brooklyn.