(Continued from yesterday)
In February of 1919, Salt Lake City’s new manager, Eddie Herr, went back East on a player purchasing trip and acquired former St. Louis Browns player Bill Rumler. The manager was quoted by the local press as saying, “Rumler can catch, play the outfield or first base, and has the reputation of being another Babe Ruth for hitting them a mile. Since the Brown have owned Rumler they have used him off and on and also farmed him to various minor clubs, but never has he fallen down in his wonderful hitting. The only thing that stands in the way of making Rumler a valuable man for the Bees is the fact that he broke a leg while playing with an Army camp team last fall. We will have to wait and see,” Herr concluded.
Rumler’s leg couldn’t have bothered him too much in 1919 for he led the Pacific Coast League with a .362 batting average, a couple of points ahead of future Hall of Famer Wahoo Sam Crawford. Rumler appeared in 88% of the team’s 171-game schedule. His 42 doubles were a league leading mark, and he hit 17 each of triples and home runs. The three-baggers were third-best in the circuit, while the home runs were second only to teammate Earl Sheely’s 28.
While the box scores can be viewed with an eye towards supporting the argument that several of Rumler’s teammates actively worked to throw the 1919 Pacific Coast League pennant to Vernon, that data does not support the same conclusion in Rumler’s case.
True, in the first meeting of the teams, April 8-12 in Utah, Rumler hit only .200. However, it is unlikely the pennant plot had been hatched at that stage of the season. It is even unlikely that when Salt Lake City visited Vernon for a series beginning July 1, that the fix was in. In that eight-game series, the Bees won five and tied one. In those games Rumler hit .433, going 13-for-30 with a trio of doubles.
There is no doubt, however, that by the time Vernon and Salt Lake met for a home-and-home series from Sept. 16-28, the plan to give the pennant to Vernon had been implemented. At the start of that series, Vernon was tied with Los Angeles for first, and Salt Lake City was a distant third, 10 games out.
Vernon won nine of the 13 games in that stretch, but since L.A. was feasting on the weaker teams up north, the Tigers ended the rigged series a game-and-a-half back. Salt Lake City was 13-1/2 out.
In that crucial series, Rumler hit .375 against Vernon, including two home runs and a double. Though he fielded among the bottom half of P.C.L. outfielders in 1919, Rumler played errorless ball against the Tigers in late September. In the only game in which he batted more than once and failed to get a hit, S.L.C. won. Rumler was apparently injured in the game of Sept. 25, batting only once that day, then sitting out the final three games of the series. It would later be alleged that if Rumler was taking money to throw games, his absence from the line-up was artificially induced. Vernon “fixer” Babe Borton, it was later revealed, offered other league players money to sit out in games against the Tigers.
It is unlikely that during the September series with Vernon, Rumler committed the “crime” that caused his suspension a year later. According to testimony by both Rumler and his old teammate Borton, the $250 that Rumler received from the Babe in 1920 was the proceeds from a “safety bet” between the pair.
Technically, a safety bet constitutes betting against your own team; it was common practice throughout baseball in that era. By pairing up with a member of another pennant-contending team, players making a safety bet could insure at least a piece of the championship money. Essentially, the safety bet provided that if Salt Lake had won the pennant, Rumler would have paid $250 to Borton. In Vernon copped the gonfalon, Borton would owe $250 to Rumler.
Since Vernon was some 10 games ahead of the Bees when the teams met in September, it’s not reasonable to assume Borton would have taken such a bet at that time. More likely, the bet’s genesis was in the first series between the teams, back in early April, although later testimony indicated the wager was made during the teams’ July meeting.
As mentioned, safety bets were common in baseball at that time. Even the World Series was not immune from a similar practice. Players in the Fall Classic often paired off with members of the opposing team to pool a winner’s share and a loser’s share and split it down the middle regardless of which team won the championship. Such a practice today would result in a lifetime ban, but in 1919, baseball’s ruling bodies winked at the practice until their noses were rubbed in it by the Rumler case.
After Salt Lake City reportedly spurned a three-player package from the Browns who were looking to get Rumler back, he opened his second season in the P.C.L. in 1920 and picked up where he left off in 1919.
Because the statistics compiled by Rumler and others indicted in the 1919 pennant fix were expunged from the official records of the 1920 season, a reconstruction had to be attempted, working from box scores. According to those figures, Rumler hit .355 (some sources say .348) over 128 games, with 23 home runs. Once again, Earl Sheely led the league in home runs, with 33, and also paced the hitters with a .371 mark. Rumler’s numbers put him in second place behind Sheely in home runs and third, behind Sheely and alleged Bees’ co-conspirator Harl Maggert’s .370, in batting average.

Pennant scandal comes to light
The pennant scandal began to unravel in early August of 1920. On Aug. 14 Rumler played his final game for the Bees, going out with a bang by batting 2-for-2 with a home run. He did not play in the doubleheader on Aug. 15, and the 16th was an off day. It was really an off day for Rumler, because on that date he was suspended indefinitely by league president William McCarthy.
McCarthy’s action followed receipt of an affidavit from Rumler admitting to betting on Vernon during the previous season. Rumler’s teammate, catcher C.A. Blyer, supported Rumler’s statement, indicating he had knowledge of the safety bet. McCarthy was quoted, “If players are permitted to indulge in such practices it must be apparent that they can only lead to serious consequences.”
Rumler’s team attempted to whitewash his involvement in the scandal. On Aug. 23 they were in first place, a game ahead of Vernon. Having already lost outfielder Harl Maggert to the gambling probe, the Bees could not afford to lose Rumler’s bat.
In early September the Salt Lake team stepped up its efforts to get Rumler back in the line-up. Team president Bill Lane threatened to sue P.C.L. prexy McCarthy to accomplish that goal.
The Sporting News’ San Francisco columnist, who wrote under the pen name “Seal Rock,” commented at length on the controversy in a column headlined “Salt Lake would sacrifice honor to win bit of bunting”.
“Lane’s threat to sue for reinstatement of Rumler gives the baseball public a different opinion of the sportsmanship of the president of the Salt Lake club,” Rock said. “It raises the question of which Salt Lake holds in highest esteem – the honesty of baseball or the winning of a scrap of cloth called a pennant. Salt Lake, without Rumler in the line-up has slid from the top, while Vernon, with a bunch of players alleged by Borton to be more or less dishonest, has taken a good lead. Looks like a smirch on the flag if either of the two teams wins it.” 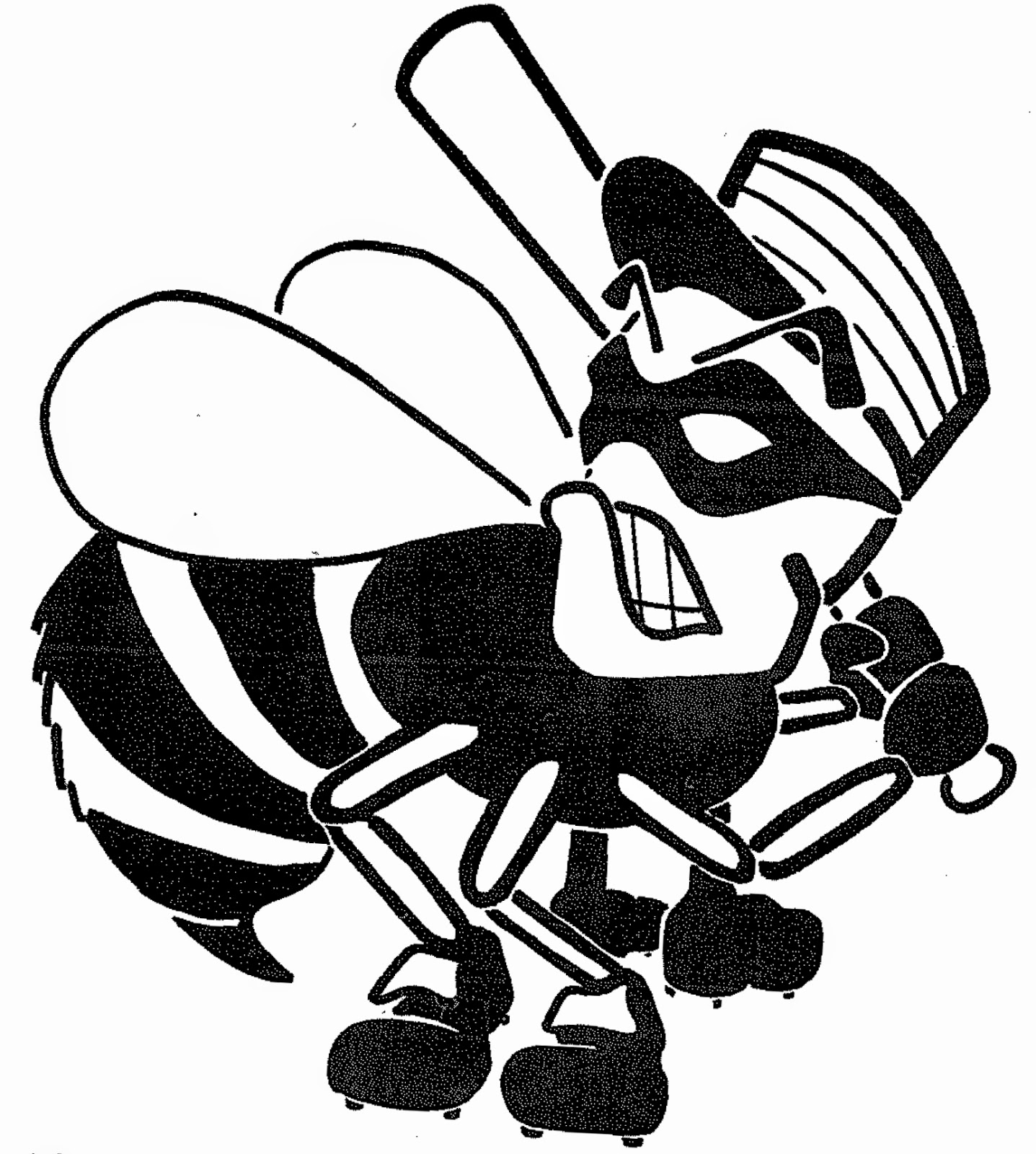 Bratz then quoted Rumler as saying, “Dozens of such trades are made every year in the big leagues, and I’ll wager there are many of them ending on the two big league championships right now. I’ll dare any one to produce any evidence that I have ever laid down on any club I have ever drawn money from, or that I ever wagered a cent against my club. I did merely what hundreds of other honorable ball players have done and, what is more, I made no secret of it. Almost every member of the Salt Lake team last year knew of my ‘trade’ with Borton. I am innocent of any wrong doing. If I had been guilty don’t think for a minute I wouldn’t have had the nerve to face the people of Salt Lake as I am doing now. I would have packed my tools and ducked. As it is, I am going to prove my innocence.”
Bratz followed with details of his own investigation into Rumler’s assertations. “Since Rumler’s declaration that big leaguers are in the habit of making ‘trades; just such as he and Borton are supposed to have made, I have talked with a number of ex-big-leaguers and learned that such is the case. Several of them made no bones about saying that they are common. In fact there are two former big leaguers of this circuit today who admit having had a similar ‘trade’ in one of the majors last season.
“If these are the facts, Rumler can certainly not be charged with betting against his own club or with throwing ball games. Rumler and Borton made the bargain in July, long before the race was settled, and he received his pay in November. The fact that he could not collect from Borton until November, when the ‘slush fund’ was being passed to Maggert and probably others, is the only feature that makes things look bad for Bill. Rumler’s contention, however, is that Borton could not have been expected to make good until after the post-season series with St. Paul.”