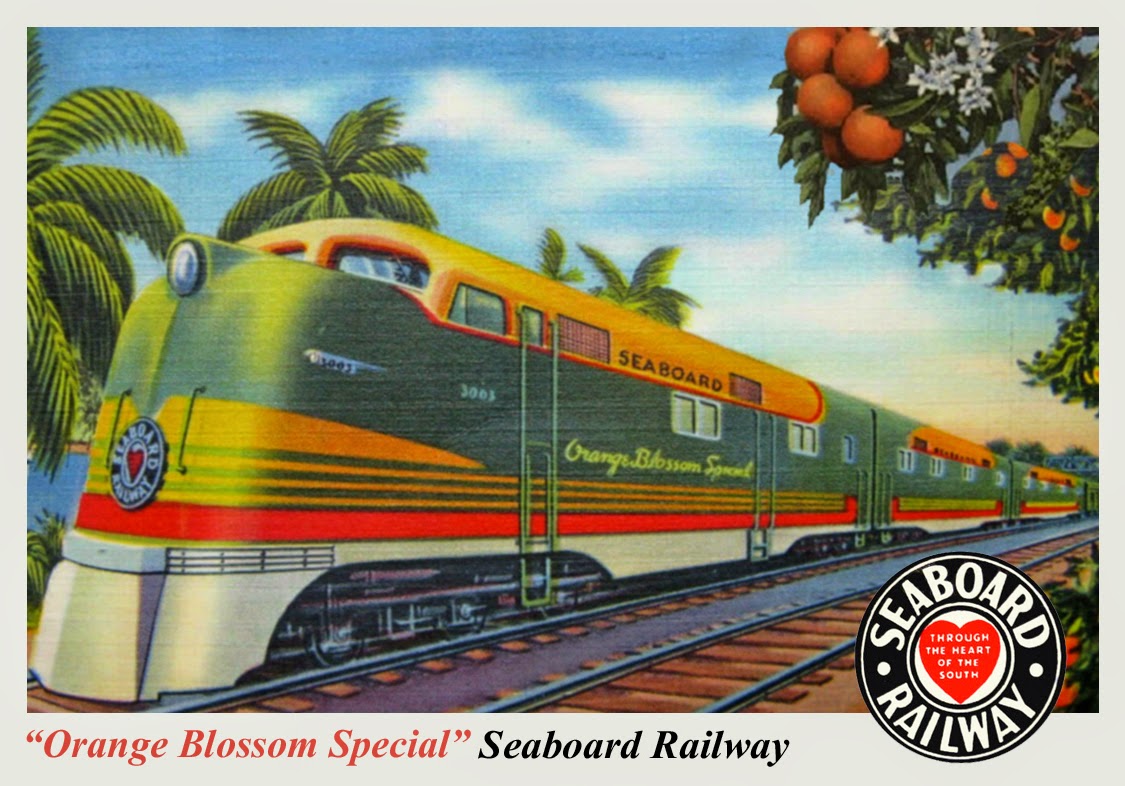 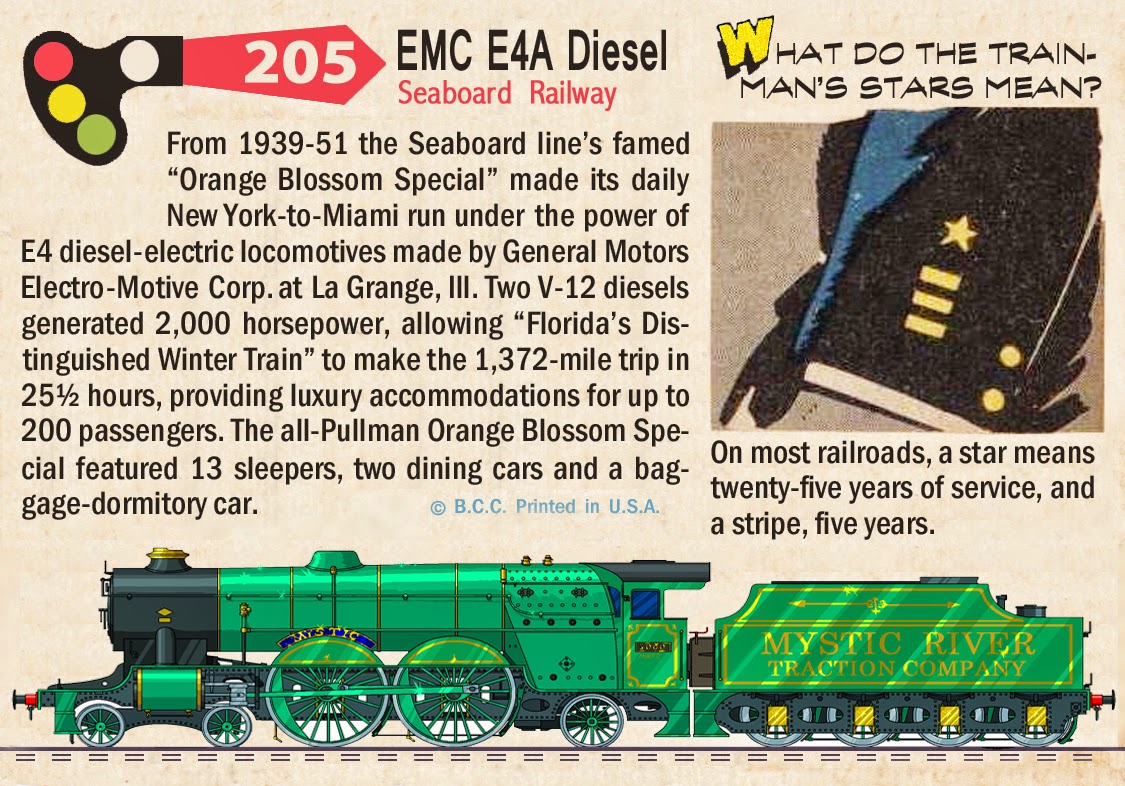 Two of the most famous trains of the last half of the 20th Century achieved their renown based on popular recordings.

The song Orange Blossom Special was written by Floridian Ervin T. Rouse in 1938 and recorded the next year with his brother. Since then it has been covered by every male country performer of note.

My favorite version is Johnny Cash's, recorded in 1965, which reached No. 3 on the Billboard Hot 100 Country Music Charts. While OBS has been called the "fiddle players' national anthem," The Man in Black took it in a different direction, substituting two harmonicas and a saxophone for the fiddle parts.

The 1955 Rails and Sails-style custom card I created is based on circa 1940s linen postcards, of which there are several types. Such cards were sold on the train itself and at every station stop along the route. I did a little cutting and pasting to get the final image for my card.

I don't remember when I've had as much fun doing the research for a card back. I lost myself for most of a day googling the internet and exploring the many tangents. I'd forgotten how much I love mid-century trains. (See my blog post of Oct. 29 for my first R&S train card and background of my personal interest in 1950s streamliners.) 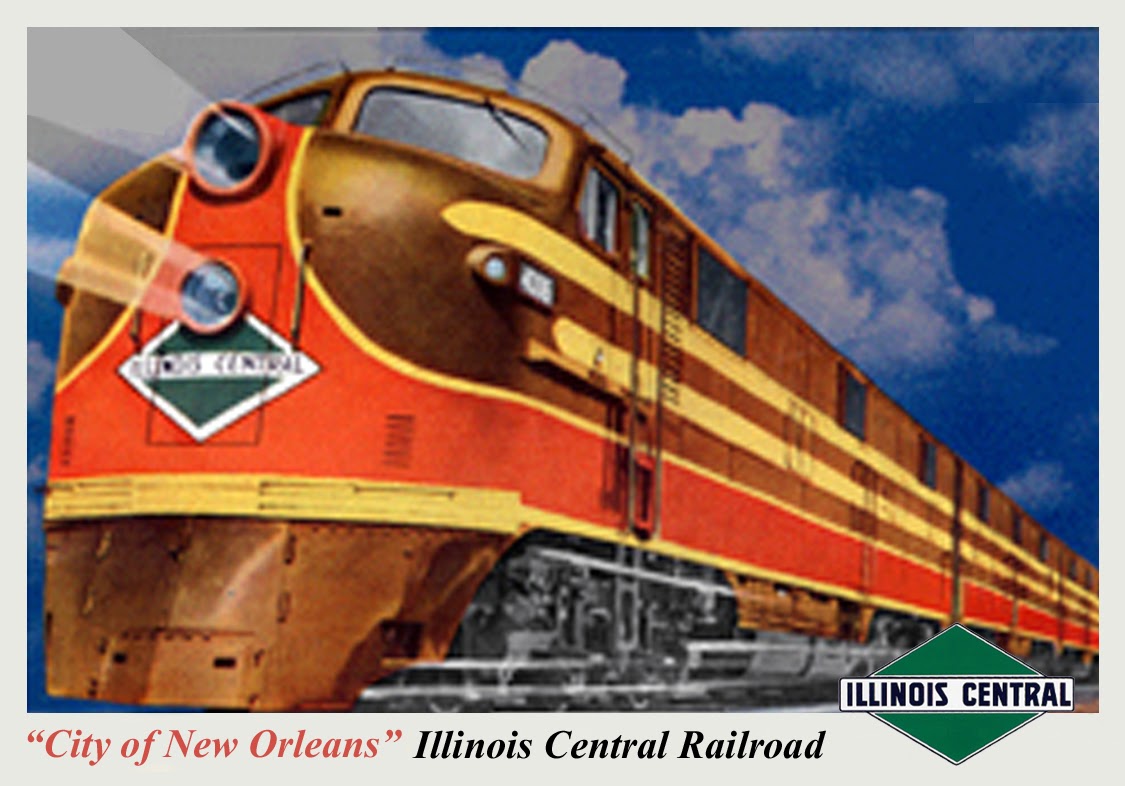 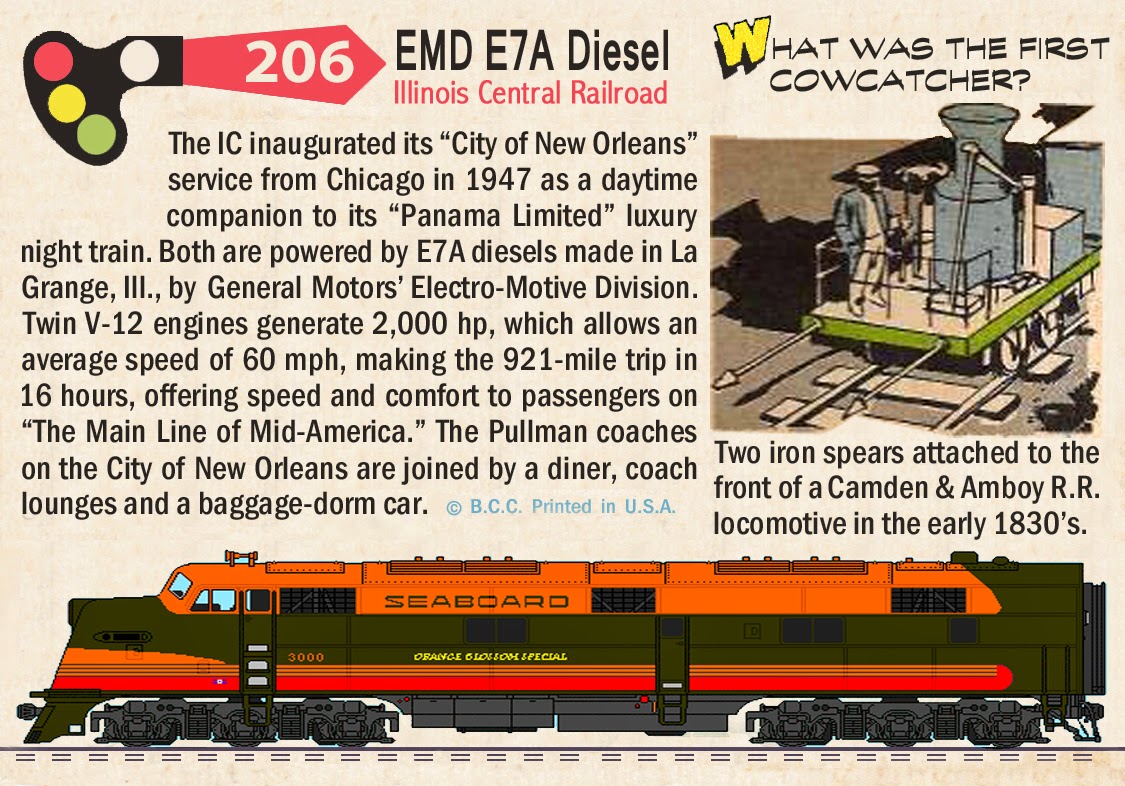 My follow-up R&S train custom card was inspired by the 1972 Arlo Guthrie folk song City of New Orleans. The song went to No. 18 on the Billboard Hot 100 Singles Charts.

It has been reported that Guthrie first heard the song when he was approached by its writer, Steve Goodman, in a Chicago bar in 1971. Guthrie said he'd listen if Goodman would buy him a beer. He agreed to record it on the spot.

After the release of Willie Nelson's version in 1984, Goodman was posthumously awarded the 1985 Grammy for Best Country Song.

Again, a gloomy winter Sunday spent researching the City of New Orleans (the train and the song) was a high point in the creation process.

As long as I am on a train "kick," I've got a couple more Rails and Sails additions in the works. Watch this blog for the revelation in a week or two.