Browsing Around the Lot, Part 2

I'm going to present them, from time to time, in trivia compilations (I presented the first on Sept. 14)
.
. When a former colleague of mine did similar columns, he called it "browsing around the lot." hence my title.

Buzzy Wares, long-time St. Louis Cardinals coach, was left behind in Montgomery, Ala., by the St. Louis Browns in payment for the Browns’ use of the Rebels’ facilities during spring training.

Wares hit .275 for Montgomery that season, and was called up the Browns in 1913.

Buddy Blattner was a world-class ping pong champion before he became an infielder in the National League (1942-49). 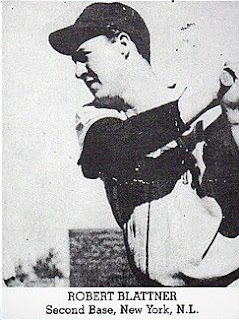 In high school Blattner won the St. Louis District table tennis championship. In 1936-37 he was the Missouri state champion in singles and doubles. Just before the outbreak of World War II he toured Europe as part of the U.S. table tennis team, participating in tournaments in London, Vienna and Prague. 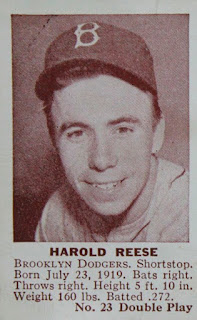 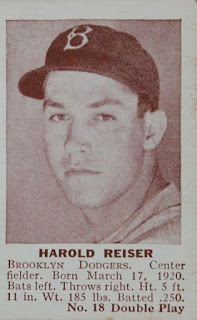 1940s Dodgers teammates Pete Reiser and Pee Wee Reese had “boring” names when their surnames were rendered in American Morse code by telegraph operators working the games . . . they were all “dots,” no “dashes.” 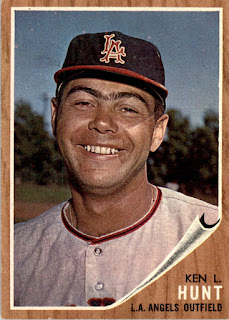 In 1962, L.A. Angels outfielder Ken Hunt became stepfather to a budding actor and future child star when he married Patty Lilley. She was the mother of Patrick Alan Caples, who became famous as Eddie Munster on the 1964-66 CBS-TV show The Munsters.

Hunt appeared in a 1965 episode of the show, Herman the Rookie. He played an L.A. Dodgers catcher who was supposed to warm up Herman Munster but was scared off the field by the big guy’s fastball speed.

For clarity, this Ken Hunt was Ken L. Hunt. Ken R. Hunt was also a major leaguer,  pitching for the Cincinnati Reds in 1961. Each appeared in the 1962 Topps set.

Butch Patrick by the way, is also a collector of 1960s-1970s pop culture memorabilia, specializing in items associated with the Beatles.

* * *
In the 1965 All-Star Game, the champion managers of the previous season did not manage the AL and NL squads. Johnny Keane who had won the World Series with the Cardinals had been fired and had joined the Yankees as 1965 manager. Yogi Berra, who had been skipper of the AL champion Yankees in 1964, had been fired as was picked up by the Mets as a coach. 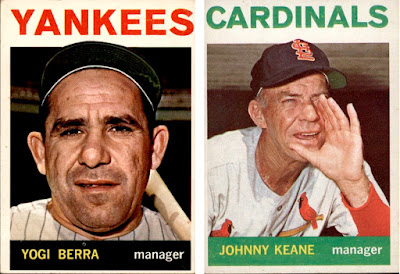 For the 1965 All-Star contest, the team were managed by the skippers who had come in #2 the previous season; Al Lopez of the White Sox and Gene Mauch of the Phillies.

Not only weren’t the World Series managers of the previous year on the All-Star teams, but not a single member of either the 1964 Yankees or Cardinals had been picked as an A-S starter. 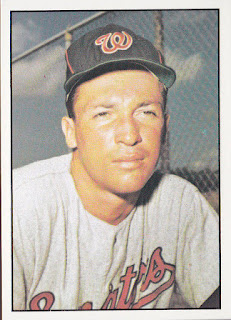 Washington Senators pitcher Jim Duckworth had a real fear of flying, avoiding air travel whenever he could. In an effort to ease his anxiety, the team paid for him to take flying lessons in the 1964-65 off-season and he earned his pilot’s license.

The following season, after Unitas was cut by the Steelers and joined Bloomfield, Rakow was relegated to defensive end, where he earned $5 a game until his hand was stepped on an broken while making a tackle. 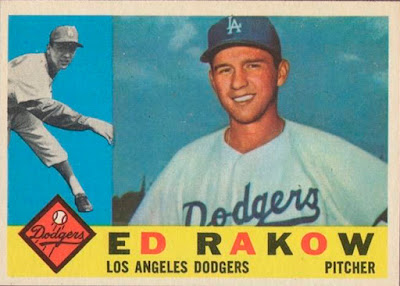 In 1957, the Dodgers signed Rakow out of a semi-pro league and he was assigned to Class C Reno. After four years and a 55-38 record in the Dodgers’ system, he was called up to Los Angeles. 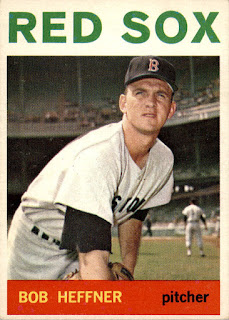 With the Seattle Rainiers in 1963, Bob Heffner was the starter in the night game of the season home-opener double header. In the first inning, three hits, an error and a walk gave the Denver Bears two runs, with one out and the bases full. The fireballer then retired the last 26 Bears’ batters in order for a 4-2 victory.
Posted by Bob Lemke at 11:10 AM