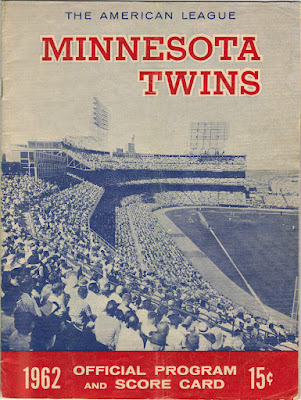 According to an audit made at one 1962
game, about one in 17 fans in attendance
at Metropolitan stadium had a radio,
listening to a broadcast of the contest.

It's been a number of years since I attended a major league game in person but from what I see on TV, it seems that cell phones have replaced portable radios for individual in-stadium entertainment. Every crowd shot shows a number of fans with their noses buried in their mobile screens.

When I was attending a lot of games in the 1970s and 1980s, the transistor radio was ubiquitous in the grandstand.

In 1962, the Minnesota Twins and their flagship broadcaster, WCCO radio, along with principal sponsor, Hamm's beer, undertook to quantify the phenomenon.

At a Friday evening game on July 6, there was a capacity crowd of 40,944 to see the visiting N.Y. Yankees. More than 100 Andy Frain ushers fanned out through the triple-deck Metropolitan Stadium to conduct an audit of portable radios tuned to the game in progress.

This unscientific count tallied 2,426 radios, about one for every 17 fans in attendance. There were probably more radios than that at the game, with some going unseen, covered by scorecards, jackets, etc.

An observer was quoted as saying, "In some parts of the stadium, there are so many radios tuned to the game that it sounds as though the broadcast is coming from loud speakers."

It was reported that as a result of the survey, some sponsors began to target some of their commercials to the in-house radio audience. 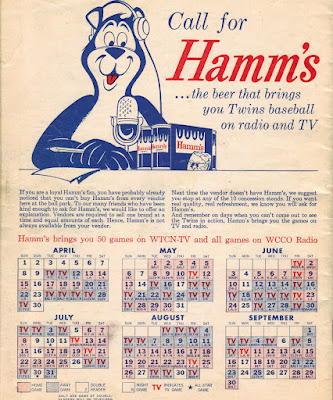