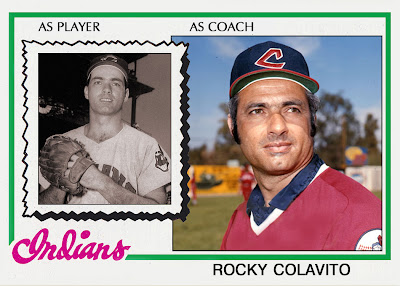 For several years I have been squirreling away photos of 1950s-60s (sometimes earlier) players that show them in their post-playing days as major league coaches. 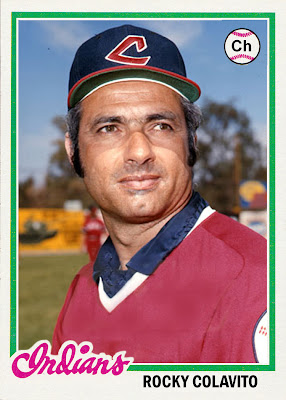 I find these pictures interesting because they show the guys I collected on cards as a kid in a different role. It's like Vincent Vega said about Europe in Pulp Fiction, it's "the same shit, only a little bit different."

My first coach's card was done about two years ago, picturing Bill Mazeroski as a Seattle Mariners coach.

I've just completed by second such card: Rocky Colavito as a Cleveland Indians coach on a 1978 Topps-style card.

I have publicly thank here a fellow custom card maker, Keith Conforti, who when he saw the beta version of my card on forum, suggested I go with the horizontal "As Player/As Manager" format that was used for manager cards that years. That idea had never crossed my mind. I like it so much better than the standard '78 style. 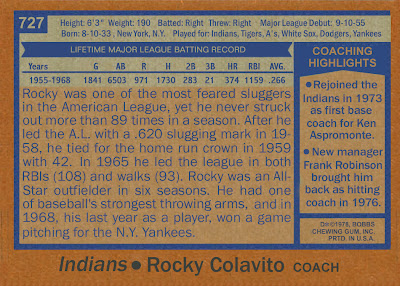