Ejection was milestone for Reese, ump 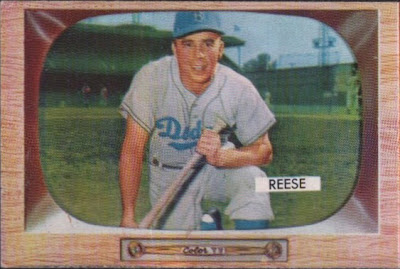 Baseball game ejections were more common in the 1950s than they are today.

One particular ejection in 1950 was a milestone for both the player and the umpire involved.

In the fifth inning of the May 4 game at Wrigley Field, Brooklyn Dodgers shortstop Pee Wee Reese was called out taking a third strike.

When Reese flipped his bat high in the air to protest the call, home plate umpire Babe Pinelli threw him out of the game. The Dodgers were ahead of the Cubs 9-2 at the time, and Reese had already singled and doubled and turned three double plays, so the ejection had no real effect on the game's outcome.

The game was Reese's 1,000th as a major league player . . . and it was the first time that he had ever been thrown out of a big league game.

The incident was also a first for Pinelli. In his 16th season as a major league umpire, it was the first time that Pinelli had ever ejected a member of the Brooklyn Dodgers.

Gil Hodges, In his book The Game of Baseball, recounted a story of how, while dressing for a game, he and several other Dodgers debated which umpires were most likely and least likely to eject a player from a game. Hodges recalled that Reese expressed the opinion that Pinelli was the umpire least likely to throw a player out. That was May 4, 1950. 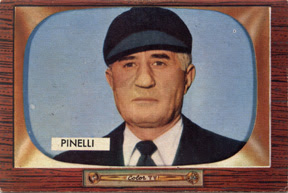 Reese only waited 101 more games before garnering his second ejection. At Philadelphia on Sept. 7, home plate umpire Artie Gore threw Reese out for arguing a called third strike in the eighth inning. The Dodgers won the game 3-2.