Nazi fire resolved Rapp to bear down in baseball 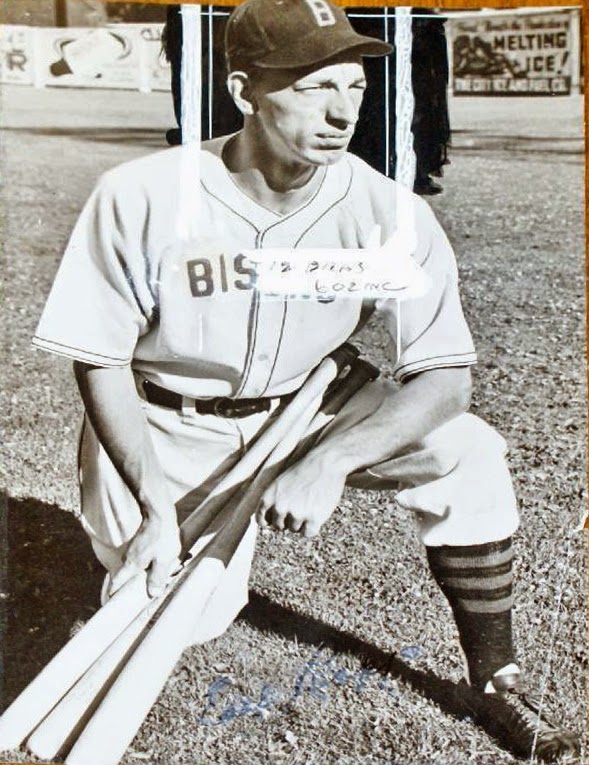 In the years immediately following World War II, many of the player features appearing in The Sporting News included information on the player’s time in the military.

One such that could have been the storyline in a war movie was that of Earl Rapp.

In late August, 1946, Rapp was batting .359 for Buffalo in the International League. He was featured in TSN on Aug. 28 in an article by Buffalo baseball writer Cy Kritzer. A large photo of Rapp accompanying the article made him look every inch the “lean, hungry-looking ex-infantryman” that Kritzer described in his lead . . . right down to his thousand-yard stare.

The headline almost dared you not to read the story: “Bison Slugger Rapp, Pinned by German Fire, Vowed He’d Learn to Hit Lefties if Spared”.

I may as well just go ahead and reprint Kritzer’s account . . .

Few rookies displaying more determination have appeared in the International League this season. Behind Rapp’s attitude is a horror-filled night when he won the Silver Star in the battle of the Colmar pocket.


Rapp’s platoon of 48 men was cut of by the Schutzstaffel. The lieutenant in command ordered them to dig fox holes and lie low until early dawn to make a break for their own lines. A German sniper killed the officer with a bullet through the temple a few seconds after he gave the order. That put Sgt. Rapp in command.
Only seven men came back. The others were killed or lost.
“The only way we had a chance was to jump out of our holes, one man at a time, run like mad for ten yards, then hit the ground before the SS sharpshooters got the range,” Rapp said. He saw his buddies one by one killed before his eyes. As each one made his unsuccessful run for life, his mates tried to cover him with their own fire.
“I Never Ran So Hard”
The last GI to leave his foxhole was Sgt. Rapp. No one covered him. “I never ran so hard in my life,” he said. “You never know how hard you can run until your life is at stake. I thought that night that I’d never play baseball again . . . and that’s what I thought mostly about . . . I said ‘Rapper, if you ever get through this, you’ll play baseball like you never played it . . . hustle . . . and fight every pitcher . . . and learn to hit lefthanders.’
“Strange what thoughts run through your mind when you’re hugging the ground and just waiting for the hour, . . . I thought about baseball and how hard I’d work and go all-out if I ever had the opportunity to go to spring training again.”
Rapp finished the 1946 season with Buffalo batting .324, fifth-best in the International League.

He made the major leagues with Detroit in 1949, but after a month was traded to the White  Sox.

Rapp was never able to make it as a major league regular, but for a couple of years was able to catch on here and there as a left-handed pinch-hitter and fill-in right fielder.

Rapp never got into more than 76 big league games in any one season. His career mark was .262, with just two home runs in 135 games.

As for his battlefield resolve to bear down if he made it through . . . from 1940 until he entered the Army in 1943, Rapp had been an even .300 batter, averaging half a dozen home runs a year.

Earl Rapp has no mainstream baseball cards. He does appear on a few Pacific Coast League cards such as the 1949 and 1950 Remar bakery cards shown here. 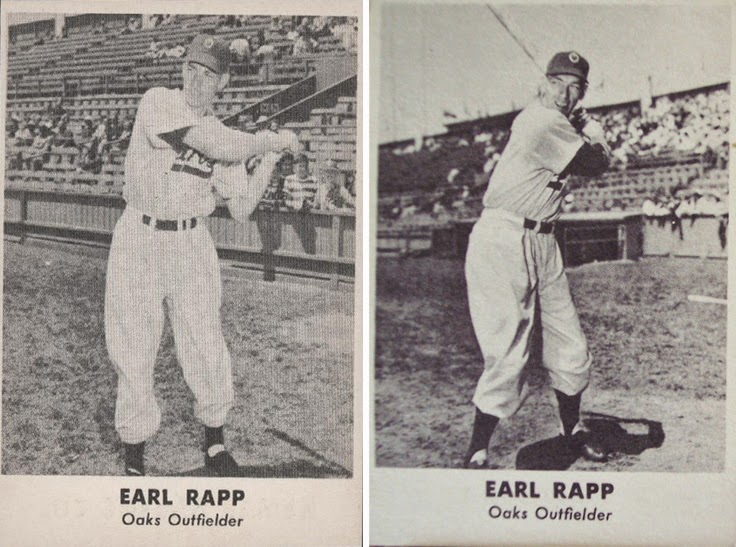