Borton was returned to the Pacific Coast League for 1917, when the Browns sold him to Portland. He would play out his career in the P.C.L. The beginning of the season found Borton embroiled in a domestic dispute. In mid-May his wife received a divorce in St. Joseph on the grounds of infidelity. The court ordered Borton to pay $700 of his annual $2,100 salary to his wife and baby girl as support. A week after the divorce Borton married again.

That soap opera apparently didn't tarnish Borton's image with the Portland fans. The Sporting News described him as "one of the most popular players that ever donned a Beaver uniform." The paper said, "His quiet manner and ability as a player have made him a great favorite, not only with Portland fans, but also with fans in other cities comprising the Coast League." In late July, Borton suffered a severe rupture that had to be surgically repaired. Despite optimism that he might be able to return to the line-up prior to season's end, Borton was unable to recover sufficiently to do so. The Portland ownership continued to carry him on the roster for the remainder of the season and Borton signed a 1918 contract in gratitude. Owner Walter McCredie looked forward to Borton's return in 1918. "He will hit .300 in any league," the magnate said, adding , "If Babe hadn't been hurt we would have been much farther up in the race (Portland finished fourth in a six-team race in 1917). We want him to take a good rest and report in fit shape in the spring." 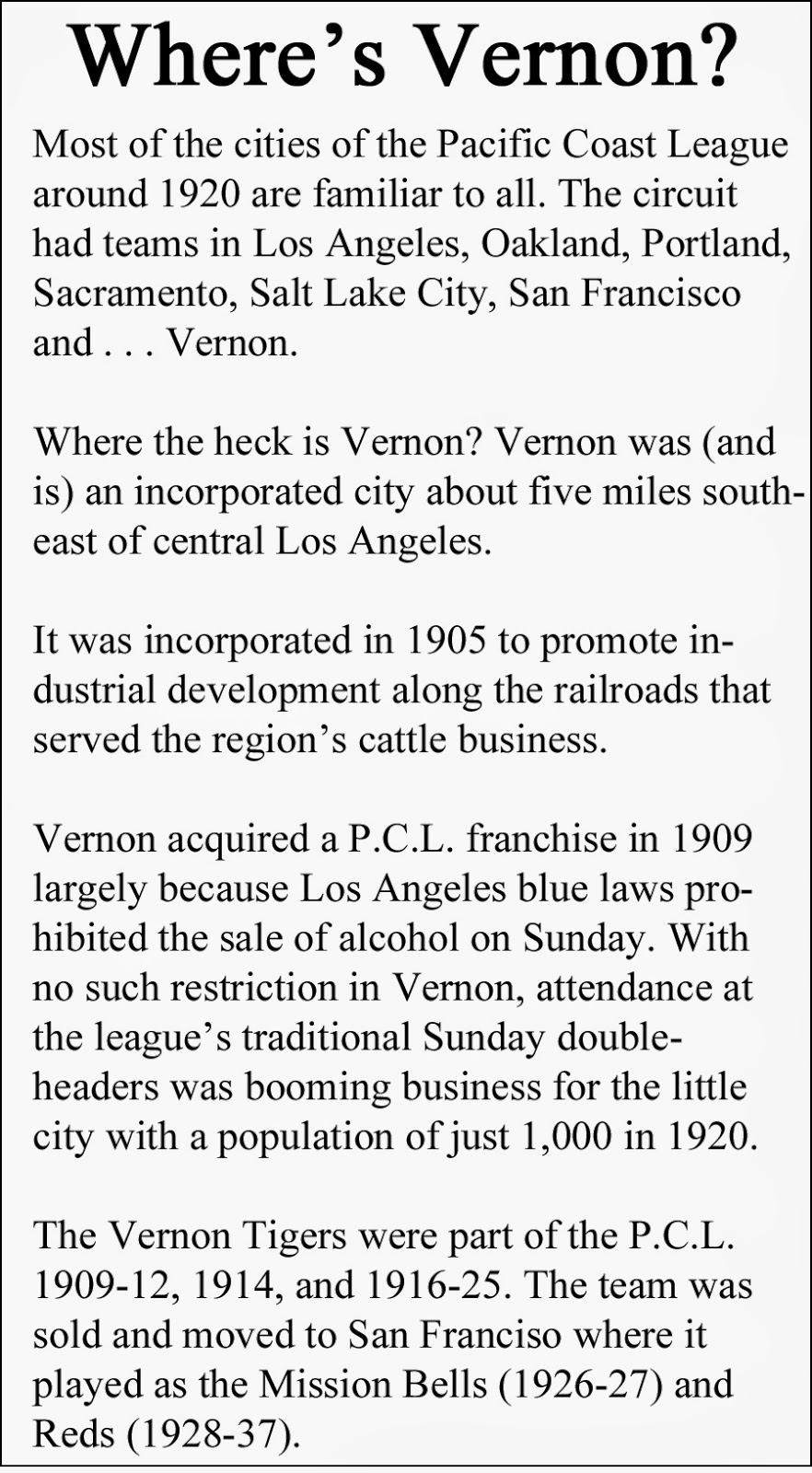 The war-shortened 1918 season found Borton in Vernon, rather than Portland, however. In fact, Portland had lost its P.C.L. franchise to Sacramento, due to its distance from the California cities that made up most of the rest of the league. When the league shut down on July 14, Vernon was in first place in the standings, two games ahead of Los Angeles. A best-of-nine playoff series was ordered to decide the pennant race, with L.A. coming out on top, five games to two.

For 1919, the league expanded to eight teams with Seattle and Portland back in the fold. Borton raised his batting average back over the .300 mark that season (.303) and tied for third in the league with 14 home runs -- nearly as many as he'd hit in the previous eight years combined. As mentioned, Vernon won the 1919 pennant -- with a little help from players on several other teams.

Testimony would later reveal that at least three players accepted bribes from Borton in amounts of $200-500. Others around the league reported attempts to bribe them in amounts between $100 and $1,750.

When the scandal became public, Borton shocked the baseball world by contending that the entire Vernon team had been in on the bribery, and that the payoff money had come from a pool created when each of the players had kicked in $100. Further, Borton said the Vernon management had been aware of the plan. Borton alleged that he had told the team president's business manager, Lou Anger, about the fixed games at the close of the season, and that Anger had been sore because he'd not been informed earlier so that he could place some bets.

Despite Borton's assurances that teammates would come forward to verify his statements, and despite a $500 reward offered by the league for information proving conspiracy on the part of the Vernon team as a whole, no real evidence ever linked the other Vernon players to knowledge of the bribery. It was generally believed by the press and league officials that Borton had implicated his teammates and management in the belief that the league would not or could not take punitive action against an entire team.

In an editorial in the Aug. 19, 1920, issue headlined "Can't Drag the Game Down," The Sporting News commented on Borton's allegations. "It is nothing new for a crook when caught to attempt to distract attention from or seemingly lessen his own guilt by a plea that others are just as black as he is. It is the plea of every briber or taker of bribes, of every grafter high or low.

"Bill Borton, driven into a corner by evidence that he betrayed the great national game that gave him some measure of fame and a goodly share of material favors, adopts (such) tactics. He proclaims that whole teams of ball players were crooked and attempts to explode his bomb with a story that Vernon players won their pennant last year by bribing players of other teams to throw games to Vernon."

As it turned out, Seattle gambler Nate Raymond was apparently the money man in the plot. During the following season, hotel registers around the league showed that Raymond was following the Vernon team from city to city, continuing the dirty work begun the previous season. In August of 1920, when Raymond was trying to get Seattle first baseman Rod Murphy to accept a $3,000 payoff, he told the player that he had cleaned up $50,000 during the 1919 season by betting on fixed P.C.L. games.

Also in 1920, Hal Chase, for whom Borton had been traded in 1913, returned to California and immediately set up a partnership with Borton to fix games.

It is remarkable that despite the widespread bribery and attempted bribery, not one opposing player blew the whistle on Borton until well into the 1920 season. Writing in the Los Angeles Evening Express in November, 1920, Harry Grayson editorialized on that phenomenon under the headline, "An Indictment Against the Ball Players as a Whole."

"The real reason for the belated housecleaning to which the national pastime is being subjected at this time is because the players and magnates have been too eager to put the soft pedal on shady stuff. The tendancy has been to hush things up," Grayson wrote.

"The baseball playing fraternity has certainly proved itself a close-mouth one until the jam came. Until a bunch were caught red-handed they were secretive. They told of nothing deep or dangerous until the blow came."

Grayson named a half-dozen of Borton's teammates and others in the league who had told him they knew Borton was "not walking the straight and narrow."

San Francisco baseball writer Seal Rock (pen name) played the same tune in an Aug. 26, 1920, column in The Sporting News. Its headlines read, "Players Tardy in Their Part Toward Keeping Game Clean / Common Club House Gossip Since Last Fall of Something Rotten Yet They Failed to Inform Those Who Could Set Matters to Right."

Rock wrote, "One of the astonishing things about the Coast League bribery scandal is that honest players in baseball, and there are ten honest men to every one crook, do not get together and hound the bad ones out of baseball. That's what they should do. They know they should but no one seems to want to take the lead. The honest players will have to get in and help clean up the game for their own protection and the sooner they start the sooner the atmosphere will be cleared and baseball will get a real chance again."

Later, he repeated that "it was astonishing that so many ball players, innocent themselves of wrong doing, knew that others were guilty, that bribes were being offered, and probably accepted, and yet these players kept the matter from the club magnates and the league head.

"The timid ones shivered when this scandal broke and thought baseball was doomed. They know differently now. Baseball is bigger than the crooks and gamblers and it will survive when some of the misguided players who forgot all sense of decency and honesty are in the ash heap."

Rock continued, "In the past certain players in this league have been entertained by and been friendly with notorious gamblers. In some cases the boys did so innocently. From now on, however, they will have no excuse. If they pal around with crooks after having been warned, something will drop on them like a ton of coal falling down a chute, and they will find themselves out in the cold, cruel world, with hard work staring them in the face."

He concluded, "President McCarthy has shown that a bold stand and a vigorous investigation, publicly conducted, is the wisest policy and the only policy in the long run. McCarthy has had experience as foreman of a grand jury, so he knows something about investigations. He is on record as saying that he will keep up the fight until every crooked ball player is driven out of the game and he will never let up on the gamblers who have corrupted the players."

The Sporting News also expressed confidence in McCarthy's ability to clean up the mess. The paper editorialized, "President McCarthy has shown that he is a man who has the courage to swing his stick on any guilt head; one who will play no favorites, nor will he deviate from the course he has taken to clean up baseball in his league if the whole playing personnel has to be reorganized."

The editorial worked itself to this feverish conclusion, "So again we say, get all the crooks, in any and every league, and let there be no mistaken policy of secrecy in getting them. Make up the dishonor roll and publish it so large and high that all the world shall know who the traitors have been and bend every effort toward seeing that no names are missing from that roll. Let the names that it carries be bywords for all that is mean and contemptible."


McCarthy's investigation was vigorous. He promised the public, "it would have no complaint to make of anything being covered up in the investigation," but asked for patience until the facts could be assembled and sifted through. He traveled the length and breadth of the league and summoned legions of players to his office to give testimony.

(continued tomorrow)
Posted by Bob Lemke at 11:48 AM