Zamloch really was a magician . . . and "the pumpkins"

You've probably heard baseball broadcasters refer to a player, particularly one who has just made a spectacular fielding play, as a magician. Long-time Pacific Coast League star Carl Zamloch really was a magician, a second-generation magician at that.

Zamloch (often misspelled Zamlock on his baseball cards) was born in 1889 in Oakland. His father, Anton Zamloch, was a renowned magician and illusionist who performed between the 1860s and 1910s all over the Americas from mining camps in the Old West  to Hawaii, where he performed at the royal palace for King David Kalakaua.

As intimated by the poster shown here, the elder Zamloch's stage show had sinister overtones that caused some superstitious sorts to accuse him of consorting with the devil.

You can find a good biography on Wikipedia at http://en.wikipedia.org/wiki/Anton_Zamloch .

While Carl Zamloch could only devote the off-seasons to magic, he was good enough to tour the United States and beyond with his magic show. One advertisement for his vaudeville show in California in the 1921-22 off-season said he would "perform mystifying feats which have made the crowned heads of the Orient gape in deep bewilderment.

Later while working as a scout for the Cleveland Indians and Washington Senators in the early 1930s, he would use his card tricks and slight of hand to break the ice when dealing with prospects. Working as a sales executive for Signal Oil and Gas Co. in the late 1930s, he authored (as "The Great Zam") a book, 17 Simple but Mystifying Tricks to Entertain Your Friends, that the gas company gave away as a premium.

Away from the stage lights, Zamloch was a baseball renaissance man for more than three decades. As a player he was a pitcher and position player. He also coached and managed professionally and was a long-time college coach and minor league team owner. 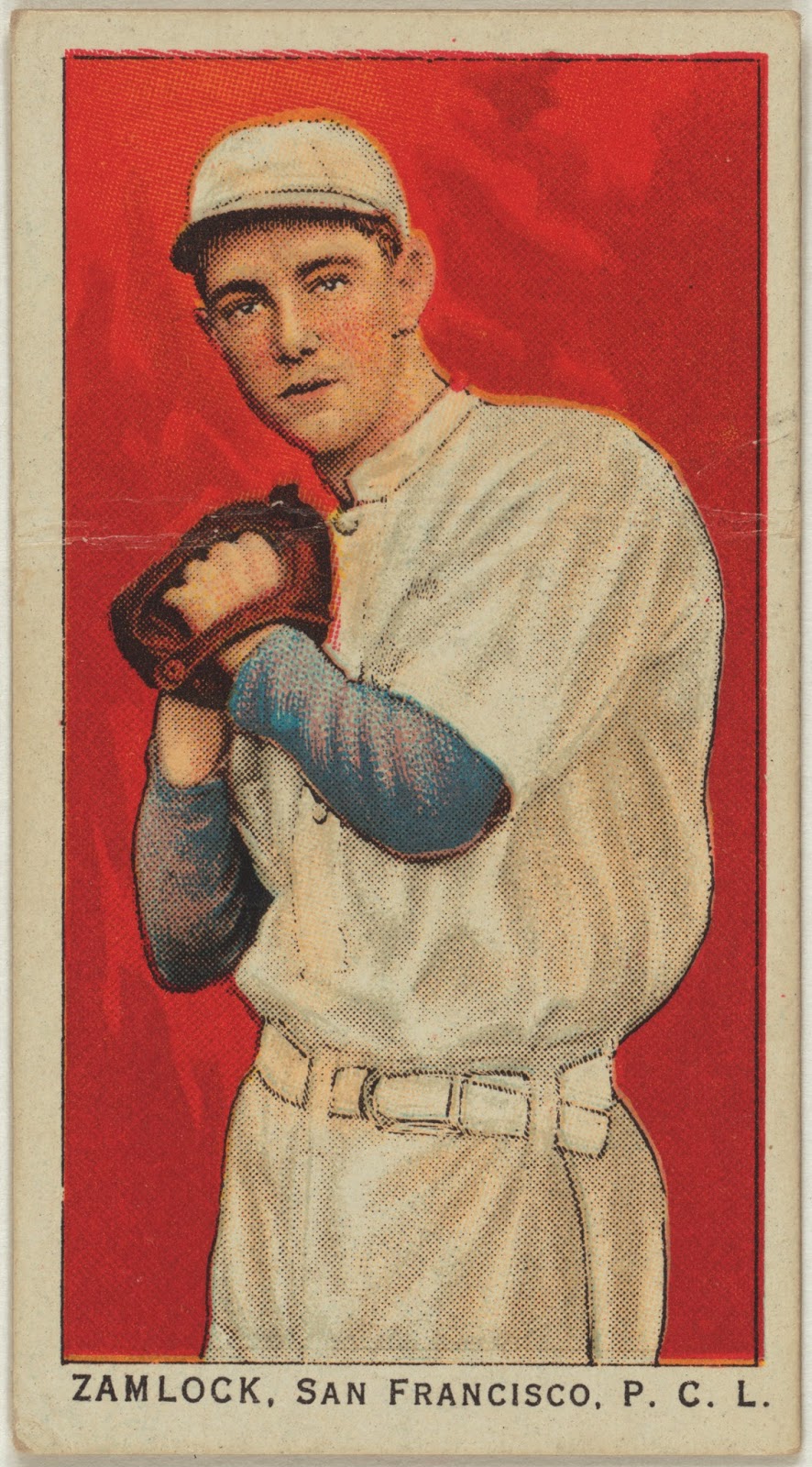 All that began in 1909 when Zamloch began his pro ball career in the top minor league of the era as a 19-year-old outfielder for Sacramento in the Pacific Coast League. After a year away from pro ball he returned to Sacramento in 1911 and was traded to San Francisco in mid-season. He was only able to turn in a break-even (3-3) year on the mound and hit just .091.

Zamloch was relegated to Class D ball at Missoula in the Union Association for 1912, where he doubled as a sportswriter for the Missoula Sentinel. He proved to be a good utility infielder and he was purchased by the Detroit Tigers for 1913.

The Tigers used Zamloch as a pitcher. In 17 games between May 7-July 9, mostly as a reliever, he had a 1-6 record though his ERA was stellar at 2.45. That was the extent of Zamloch's major league career. He also played for Providence in the International League in 1913, but I can't decipher whether that was before or after his time in Detroit.

It was also in 1916 that Zamloch began his association with the University of California at Berkeley as baseball and soccer coach and eventually an instructor in baseball coaching and the school's
director of field sports. In 13 seasons as head coach he had a 146-91-7 record, resigning after he led the Golden Bears to the National Championship.

He opened the 1917 season back in the P.C.L. with Oakland. He returned to Spokane in mid-season. Two games before the Northwestern League folded on July 15 due to wartime manpower exigencies, Zamloch broke his leg sliding. That injury and war work as physical director at the U.S. Army's Letterman Hospital in San Francisco accounts for Zamloch's absence from Organized Baseball's record for 1918. 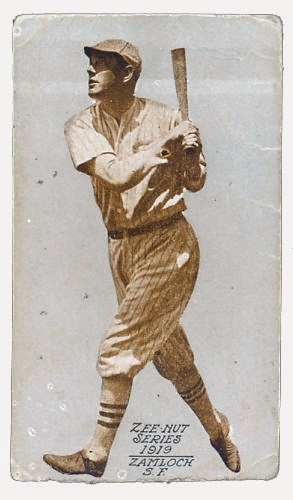 The 1922 season found Zamloch in Canada, at first base for Calgary (Class B Western International League). The professional record then goes dark until 1926 when Zamloch surfaced at Twin Falls, Idaho, as playing manager for the Bruins in the Class D Utah-Idaho League. At age 36, he pitched to a 6-2 record.

Zamloch's next appearance in the record was in 1929 when he was among a trio that purchased the Oakland Oaks of the Coast League for a reported $500,000. Zamloch took over as the team's manager for 1930-32. He was never able to guide the Oaks to the first division in the eight-team circuit.

In 1932, the Depression forced the team to suspend payment of all officers. Since Zamloch was a part-owner as well as manager, the other owners stopped his $10,000 salary. He sued them and won while the Oaks finished in seventh place. He was replaced as manager for 1933, but retained his ownership stake.

Zamloch liked to point out in later years that he held the distinction of batting 1.000 in two consecutive seasons. Each year while managing Oakland, Zamloch put himself into the final game of the season as a pinch-hitter. He was successful in that role in 1930 and 1931, doubling in his 1931 appearance. He then told a reporter, "How about a medal or something? I'm liable to keep this up for years. Ty Cobb, himself, couldn't bat 1.000 two consecutive seasons. Boy, I'm the pumpkins."

The baseball card legacy of Carl Zamloch is confined to Pacific Coast League regional issues. He is pictured with San Francisco in both the 1911 Obak cigarette card and the send-away premium cabinet card. He was also included in the Zeenut candy series in 1911, 1919-20 and 1930-32.