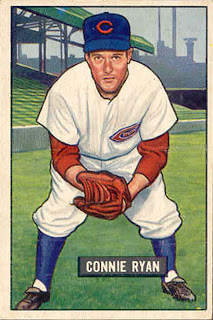 Do they even try the hidden ball trick in major league baseball any more? Or is it considered too unprofessional?

In the early 1950s, Cincinnati Reds second baseman Connie Ryan was a master of that deceptive stolen out.

In the first game of a May 6, 1951, doubleheader at the Polo Grounds, the Reds had pulled ahead 4-3 in the top of the 10th inning on a home run by shortstop Virgil Stallcup.

The Giants opened the bottom of the 10th with a single by Whitey Lockman. Al Dark dropped down a sacrifice bunt and was thrown out by first baseman Ted Kluszewski to Ryan, who covered first.

A moment later, the stadium was in an uproar. Third base umpire Al Barlick had called Lockman out at second. Ryan had kept the ball in his glove when he returned to his post at the keystone bag and tagged Lockman out when he stepped off the base. 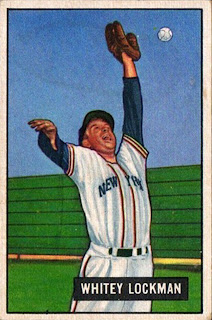 According to one account, Ryan asked Lockman to step off the bag so he could straighten it, then put the tag on him when Lockman obliged. Lockman vigorously denied that he had been coaxed off the base, and insisted that he had never taken his foot off the bag at all. “I was shifting my weight when he tagged me. The next thing I knew Barlick was calling me out.”.

After the game Ryan refused to comment on the particulars other than to say, “There were 27,766 spectators in the ball park today and I don’t believe more than four saw me put the ball the ball on Lockman.”

Among those who missed the tag was second base umpire Lee Ballanfant. Barlick was able to make the call from 90 feet away because he had been tipped off by Reds third baseman Grady Hatton that Ryan might try something.

Barlick said,  “I had seen Ryan pull the trick on Del Rice of the Cardinals two years ago and I’ve been watching him closely ever since. I saw him keep the ball after he made the putout at first and suspected he might try to get Lockman. Sure enough, Lockman made a quick step, Ryan put the tag on him and I called the runner out. Ballanfant looked at me and I said, ‘Yes, he’s out.’ Why do the Giants take it out on me? Why don’t they blame their coaches?”

As Barlick’s thumb went up, Giants manager Leo Durocher raced out of the dugout. “Like most of the people in the park, I never saw the play,” said Durocher. “But all I wanted to know was why the umpire on top of the bag didn’t call the play and why one at another base did call it. When Barlick told me he made an immediate call of the play, I told him he was a liar. Everyone knows it took some time before he motioned ‘out.’ The next thing I knew, I was out, too—out of the game.”

Lockman called Ryan’s maneuver a “bush trick.” That was apparently among a host of other things he said, for two days later National League President Ford Frick fined Lockman $25 for the use of “foul and abusive language.” Frick also assessed Durocher a $50 plaster.

After the brouhaha had settled, Monty Irvin grounded to Ryan to end the game.

You’d think the Giants would have been especially vigilant of Ryan. He had successfully pulled the hidden ball trick on them a year earlier when he nabbed pitcher Monte Kennedy in a game at . The out had spiked a Giants threat in a game that Kennedy eventually lost 1-0. Coincidentally the winning Reds run in that game had been a Virgil Stallcup home run.

Ryan had been using the hidden ball ruse since his minor league days. He explained that he only tried it when he made the out at first base on a bunt. He’d hide the ball in his glove and go back to second, hoping to catch the runner napping.

“It doesn’t cost anything,” Ryan said. “If it works, it can mean a ball game. If it misses, the worst you can get is a laugh from the stands.”

Twenty-five years ago when I was playing softball for the Krause Publications team, our second baseman, Dan Albaugh, who was ad manager of SCD, pulled the same trick in a game. He asked the base runner to step off second so he could straighten the bag, then applied the tag.

I honestly don't remember what the outcome was. I'm not even sure that maneuver is permitted in slow-pitch softball. I just know that everybody in the park thought it was a dick move, even his teammates.