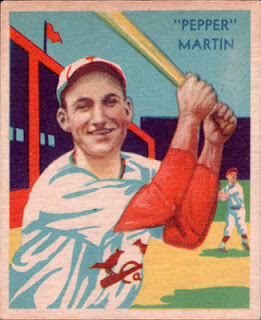 Many baseball fans and collectors know Pepper Martin as one of the key players of the St. Louis Cardinals’ Gashouse Gang dynasty of the 1930s.

He had lifetime major league batting average of  .298 while generally holding down center field and third base for the Cardinals. Some feel is one of the players of his era most deserving of Hall of Fame consideration. 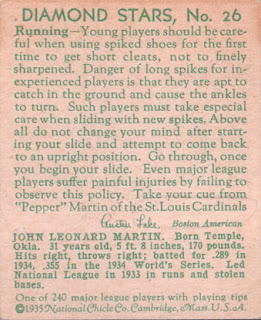 He was a four-time All-Star and the league three times in stolen bases, and once in runs scored.

I was surprised to find that for all his achievements later in his career, Martin had the unusual distinction in his first two years (1928 and 1930) with of having more runs scored than at-bats.

Back with the Cardinals for six games in 1930, Martin had one at-bat and scored five times.