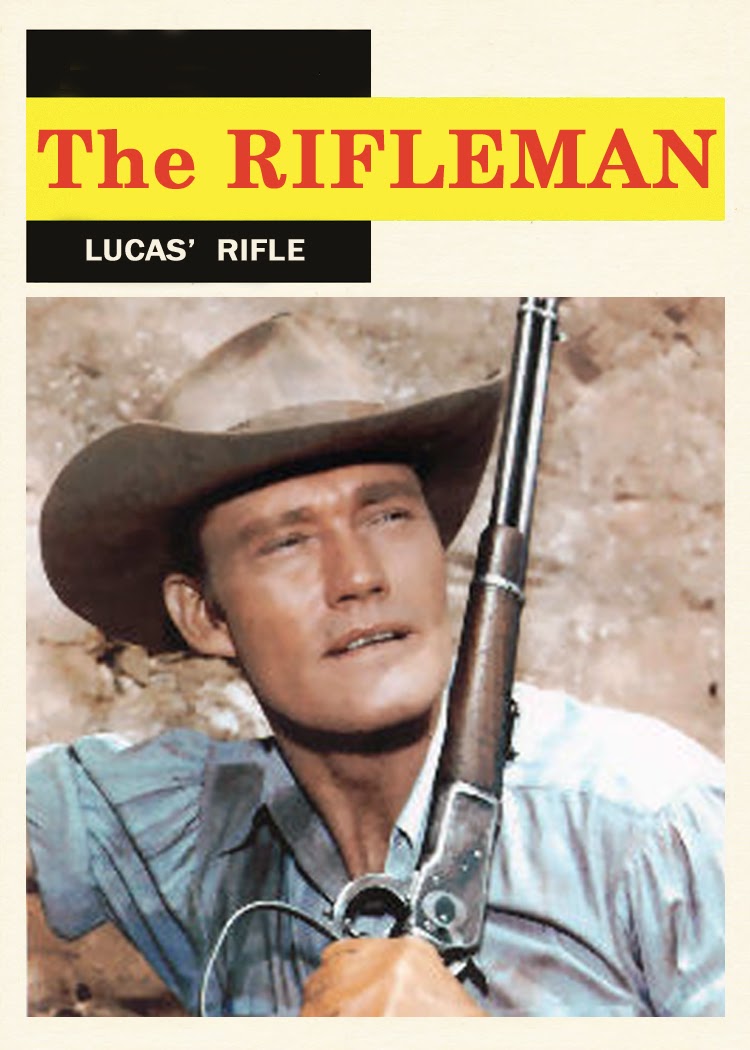 With the creation of this card based on The Rifleman television series of 1958-63, I've expanded into my third addition to the original Topps 1958 TV Westerns bubblegum card issue. (My Maverick cards were featured on the blog on Aug. 13, and Rawhide cards were presented on Sept. 28.)

The Rifleman is one of the few classic TV westerns that is currently (as of late 2014) being shown in reruns regularly on cable; Saturday mornings on AMC.

I'm not going to say too much about the television show, itself. There is plenty of readily available information on the internet. One recommended site is the "Official" web site of the series, at http://www.therifleman.net.

I can tell you why I chose to make this custom card. I've always been a fan of Chuck Connors; moreso since I met him at the National Sports Collectors Convention in 1985.

A couple of years earlier, one of my contributors at SCD, Paul Green, had worked up a profile of Connors and conducted a Q-and-A session for the paper. The article heavily leaned toward Connors' career in professional baseball: One game with the 1949 Brooklyn Dodgers and 66 games in 1951 as a Chicago Cub, plus more than 950 games in the minor leagues in 1940, 1942, 1946-52.

As we were setting up our booth at the Anaheim National, a tall, well-built fellow, whom I instantly recognized, strode up to me, shook my hand and introduced himself as Chuck Connors.

He wanted to thank me for publishing that interview and, parenthetically, for kick-starting a secondary "career" as an autograph guest at Southern California card shows. Connors didn't do card shows for the money, obviously, but rather because he really seemed to enjoy interacting with fans both baseball fans and Hollywood fans.

When he invited me for a drink, I left the booth set up to my minions and we adjourned to one of the bars at the Disneyland Hotel. We probably talked for two hours.

I listened to great stories of his days in pro ball. I got a real feel for the frustration he suffered in going to spring training with the Dodgers every year in the late 1940s, only to be sent out to Montreal or Mobile  when the season started, where he'd regularly hit around .300 with nearly 20 home runs.  He summarized his lack of success in breaking into the Brooklyn squad by saying he'd had "Gil Hodges stuck up my ass all that time."

We also talked about  his acting career. I was particularly interested in a new project that he had just signed on for. He was going to play Capt. Jonas Skorzeny, an evil lycanthrope, in a series that eventually aired for some 30 episodes in 1987-88 as Werewolf.

Our conversation came to an end when it was time for him to participate in a card-flipping contest. If I recall correctly, he lost in the celebrity division finals to Bob Feller.

Not long after I returned to Wisconsin from the show, I received an envelope with a handful of autographed 8x10 photos from Connors. We corresponded a time or two prior to his passing in 1992.

My Rifleman custom card focuses on character Lucas McCain's "gimmick gun." Many of the TV westerns of that era featured some sort of signature weapon wielded by the star. Wyatt Earp had his Buntline Special, Johnny Yuma had his double-barreled sawed-off shotgun, Josh Randall his cut-down Winchester, etc.

Lucas McCain had a tricked-out Winchester Model 1892 saddle-ring carbine. Viewers were expected to suspend disbelief that a character in a series set in the 1880s in New Mexico Territory was sporting a rifle that wouldn't be invented for a dozen years.

The Winchester had a 20" barrel and a capacity of 15 rounds of .44-40 ammunition. A modified reverse-D lever had a set-screw that could be deployed to make the rifle fire without pulling the trigger, allowing McCain to get off a string of rapid-fire hip shots.

Viewers also had to suspend disbelief that a rifle could be fired in that fashion with any degree of accuracy.

According to what I've seen on the internet, there were five rifles used in the series. Several of them have made their way into the gun collectors' market, where they have fetched good prices at auction.

This may be the only Rifleman custom card I'll make. Good color photos relative to the show are not plentiful. This surely will not be the last time Chuck Connors appears on one of my custom cards, however. Some day I'll work up a baseball card or two. 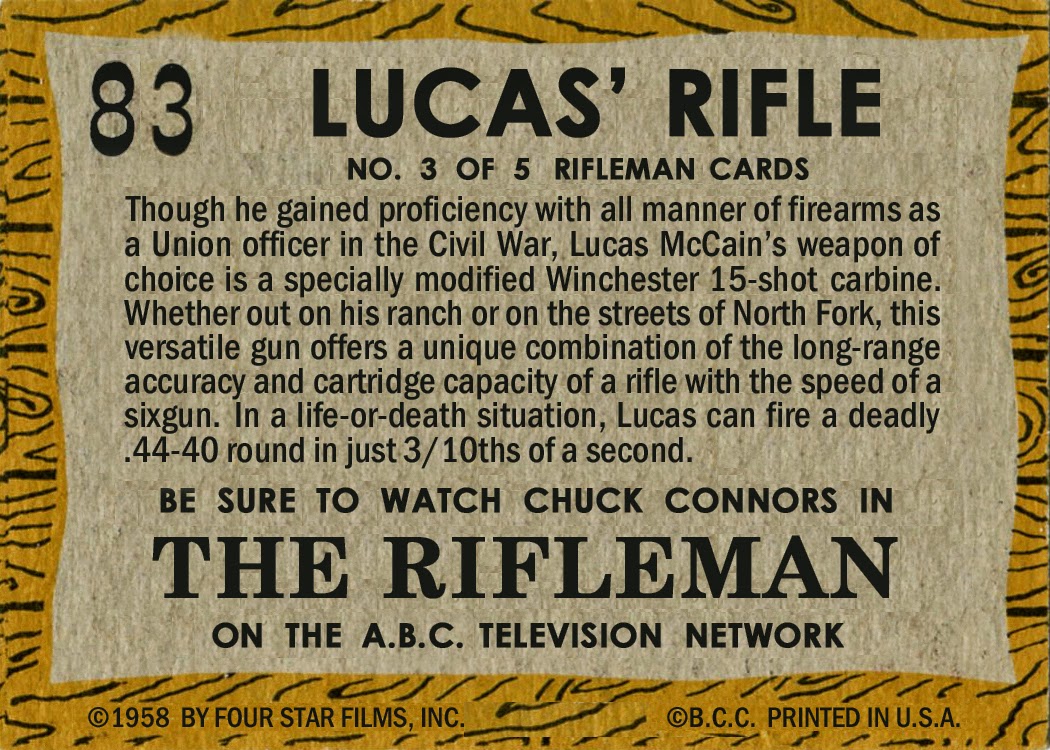 Is that name too ghetto for the Fortune 500?

Regular followers of my blog probably realize that my typical reader is a male baby boomer.

I'm going to step away from that target demographic this time to address a decidedly different audience -- soon-to-be baby mamas.

I want to plead with you that when the time comes to name your boy child, that you consider the long-term consequences of saddling him with a name that is too far out of the mainstream of contemporary American culture.

Sure, giving your baby a unique name might show the other girls in home room how clever you are when you pass around his picture on your Obama-phone. But please, look 20 years down the road.

Recently I've read of several studies conducted in which nearly-identical resumes were submitted to companies in response to job openings. The only difference in the resumes was in the names of the fictitious applicants.

The studies showed a remarkable difference in the selection of those who were invited for interviews or other second steps in the hiring process. Overwhelmingly, resumes of candidates with "normal" contemporary American names were shown preference versus those resumes on which the name was one which most people -- at least the people who make hiring decisions -- would perceive as "ethnic" in origins.

But please give this matter some serious thought. The "wrong" name at the top of a resume seems to insure that it never makes it out of the slush pile.

The following caveats are all related only to male first names. Surnames like Ramirez, Washington, Al-Mustafa, etc., are also likely to prompt an immediate rejection in today's business/corporate culture but to an extent, short of going to court to make a change, a person is stuck with his patronym.

And don't get me started on female first names . . .

So here's ol' Uncle Bob's baby-naming tips to give your son a leg up when he goes job-hunting in 20-25 years.

That first name may be too ghetto:

If you were the unfortunate victim of first-name child abuse and are now having difficulty getting a foot in the door of corporate America, remember: there's no law against putting a different version of your first name on your resume (i.e., Da'Andre = Daniel), or even a completely different first name. "The Man" doesn't have to know the truth until after you've been hired and have to fill out HR paperwork. Then it's too late to renege on the job offer without landing in Federal court. 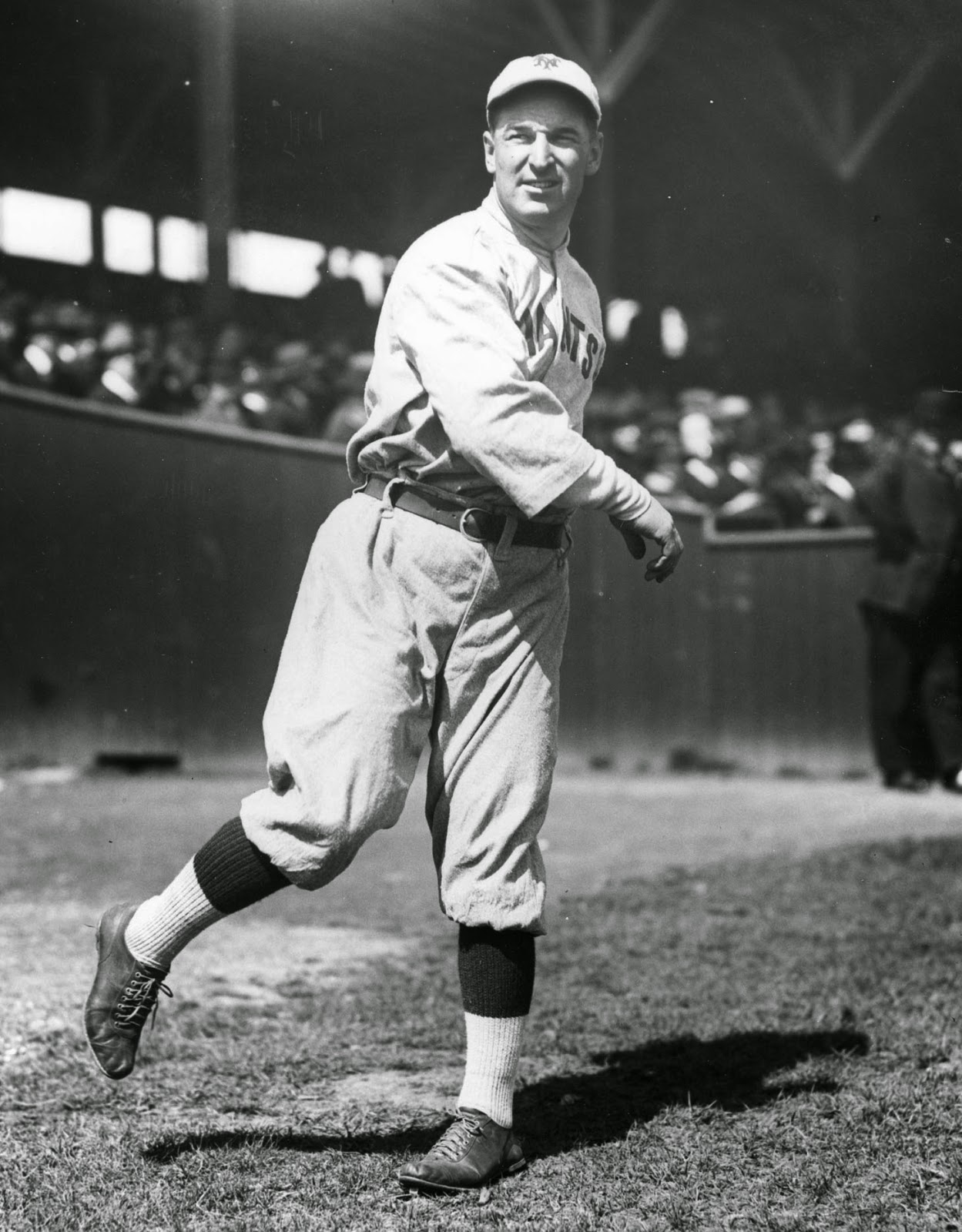 While the Tigers improved to fourth place in 1914, Dubuc's record dropped below .500 for the season. He was 13-14 on an ERA of 3.46. One newspaperman described him that season as "a fair pitcher who has a great ability to 'get away with it' when opposing teams can't quite understand how he does it."
Dubuc explained that his success with the slow ball was the result of three years of hard work in its development, and in its judicious use, depending "on the hitters and the clubs. There are some batters in the American League who murder a slow ball, while others cannot hit it. Naturally, then, I depend upon the delivery when facing men I know are weak before it." He claimed that his slow ball had only once been hit for an extra base.
Dubuc was again used frequently that season as a pinch-hitter. He went 6-for-32, on the year, a .188 average.
Following the 1914 season, Dubuc expanded his interests to the fight game, as manager of Frankie Fleming, a featherweight described as one of Canada's most promising boxers.
In 1915, Dubuc returned to 17-win form, though that was only the third-best winning record on the Tigers. Detroit won 100 games that year, but finished in second place.
A highlight of Dubuc's season was a May 9 match-up with Walter Johnson before a crowd of 13,000 (that was big numbers back then) in Detroit. Dubuc one-hit the Senators for a 1-0 shutout. It was one of five shutouts Dubuc threw that season.
The following year Dubuc's knee injury resurfaced and though his ERA dropped back under 3.00, he was able to garner only a 10-10 record as the Tigers finished third. Figuring he was through as a major league pitcher, the Tigers sold him to Chattanooga for 1917.

(Continued tomorrow)
Posted by Bob Lemke at 1:07 PM No comments:

(Editor's note: This feature updates an article that I wrote for Sports Collectors Digest circa 1993.)

(Continued tomorrow)
Posted by Bob Lemke at 1:03 PM No comments: