Ballplayers get the best babes: Part 10

In this installment, I'll show you three Cleveland Indians and their (temporary) wives. 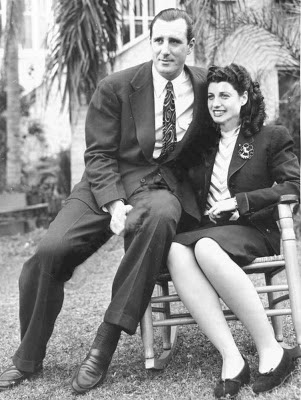 This photo is undated. It shows Hank Greenberg, who joined the Cleveland Indians front office in 1948 with his wife, Caral.

Caral was the daughter of Bernard Gimbel, of the Gimbel's and Sak's retail empire. 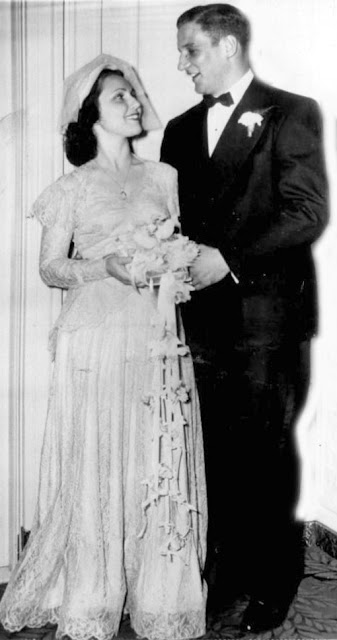 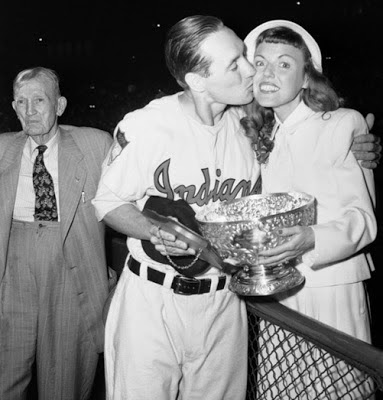 This photo shows Hall of Fame pitcher Bob Feller with his first wife, Virginia, on the occasion of "Bob Feller Night" at Municipal Stadium on Aug. 18, 1951. They divorced in 1971.