Frank Lary was Jeckyll/Hyde in '56 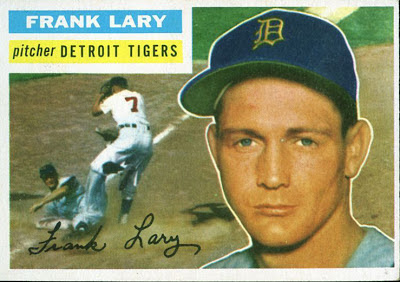 The 1956 season was a Dr. Jekyll/Mr. Hyde affair for Detroit Tigers pitcher Frank Lary. From the season opener through Aug. 7, he was 10-12 with an earned run average of 4.45.
From that point on, however, he won 11 and lost only one on an ERA of 1.00.
His season totals for 1956 included a 21-13 record with 3.15 ERA. His 21 victories were tops in the American League. He also led the league with 294 innings pitched.
That was also the season that Lary earned his nickname of "The Yankee Killer."
In six decisions pitching against New York, Lary won five. Over the course of his major league career he faced the Yankees in 56 games, winning 28 and losing 13 with an ERA of 3.32.