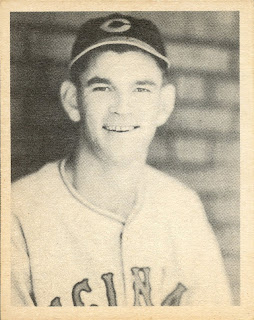 A 1950 bar fight led to the indictment of former major league pitcher Lee Grissom on charges of manslaughter.

The bartender on duty refused to serve Schermmer because he appeared intoxicated.
According to testimony at a prelimnary hearing, Schermmer then offered to buy a round of drinks for the half dozen other patrons. He greeted Grissom, "Hello, Lee, come on I will buy you a drink," to which Grissom replied, "I know damn well and good you will; I will take it," slapping the bar as he spoke. The bartender turned to get Grissom a drink and as he stood with his back to the two men he heard a sound which he described as that of a blow being struck, though he did not see the blow. He turned and observed that Shermmer was down on the floor on his back; Grissom was trying to get him up, saying "Get up, God damn you, and I will kick your ribs out."

The bartender succeeded in getting Grissom down to the other end of the bar. Grissom then told the bartender to come outside "and he would give me [the bartender] some of it.”

According to the report by Sheriff James N. Froome, Shermmer was struck in the face, fell to the floor and died ten minutes later. The coroner’s autopsy revealed that the death was caused by a cerebral hemorrhage, caused by a blow.

The district attorney charged Grissom with manslaughter and he was arraigned on Aug. 4 before Judge Glenn L. Foster. He was released after posting an $8,000 bond. Brought to trial, Grissom was acquitted of all charges on Jan. 4, 1952.

Grissom’s best year in the majors came in 1937 when he led the National League with five shutouts and was second with 149 strikeouts. He was selected to the N.L. All-Star team. His record that season was 12-17 with a 3.89 ERA. 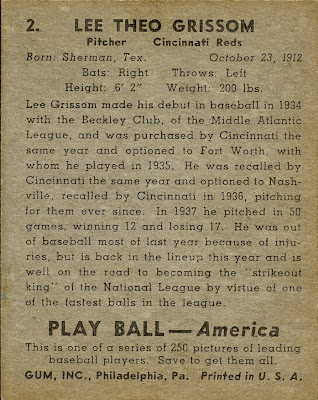 Grissom had entered the Army in 1942, and did not return to professional baseball upon his discharge in 1946. At the time of the bar fight he was driving truck and working on a ranch in the Paynes Creek area.