Back when I was editing the Standard Catalog of Baseball Cards, one of my pet interests was minor league issues. A kindred spirit who still toils in that field is collector Simeon Lipman, who has been collecting minor league cards for more than a quarter-century, with a special emphasis on the TCMA minor league team issues of the 1970s.

In his pursuits in that arena, Simeon says it is his opinion that the 1977 Lynchburg Mets set is "perhaps the toughest" of the genre.


"Amongst the late issues and variations in the set," Lipman explains, "there are two in particular that are extremely difficult to find; one being the Stu Greenstein (where the team logo is found directly beneath Greenstein's glove) and the other being Bob Healy (with no name, logo, position or league on the front and blank-backed). A complete set, including the Greenstein and Healy variations totals 35 cards. It has taken me decades to complete a set, despite purchasing at least a dozen partial sets and plenty of singles from longtime minor league collectors over the years.
"Several months ago I bought another partial set on eBay looking to upgrade a few cards. Within it I was delighted to find, as far as I can tell, an undocumented variation!
"It's Bob Healy again! This time, it's a completely different image than the previous base card and variation. I recognized the image as George Frazier from the 1977 Holyoke Millers set.

"If this is indeed what I think it is, it brings the total number of cards in the 1977 TCMA Lynchburg Mets set to 36." 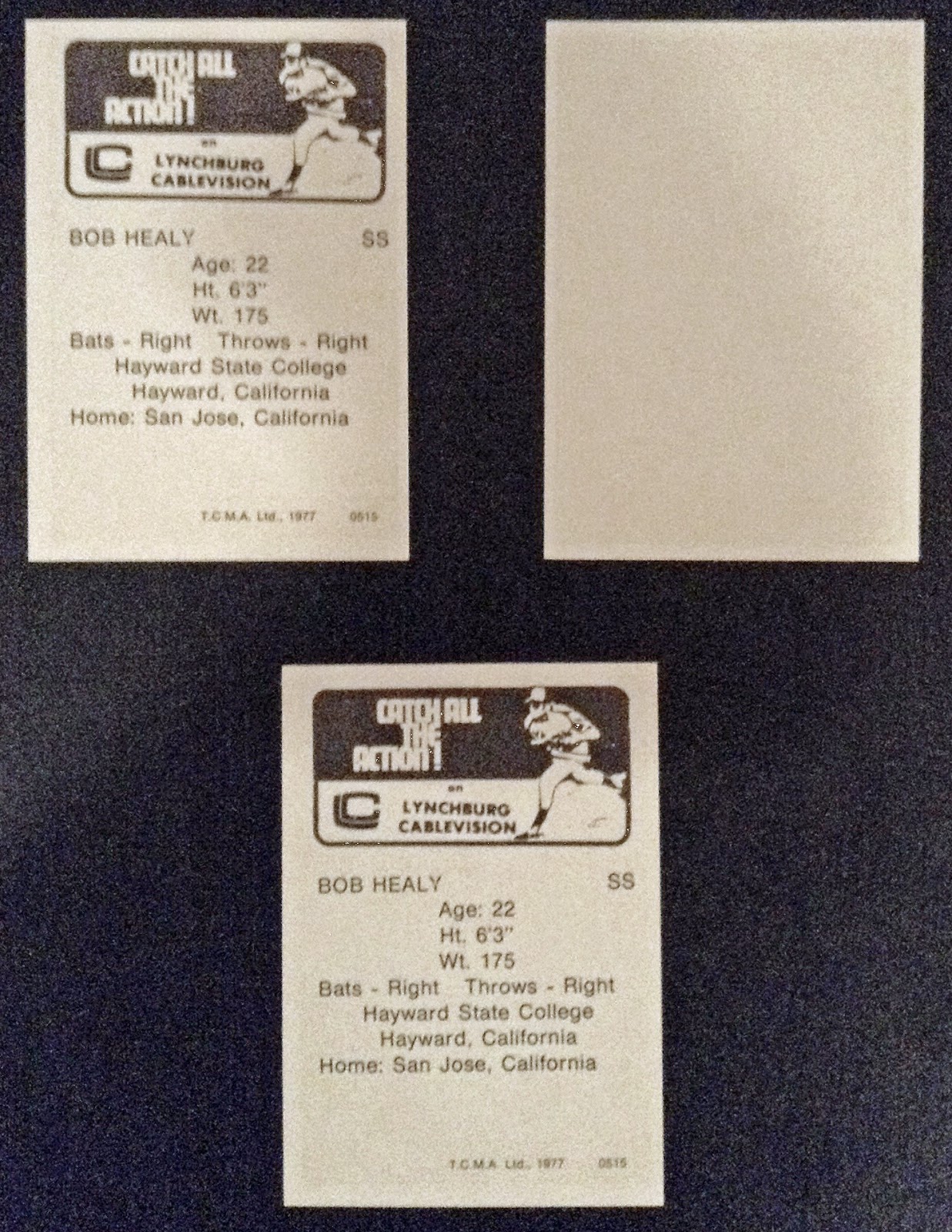 Lipman appears to be correct, and is to credited with discovery of yet another rare variation in the early TCMA team sets.

The early TCMA minor league sets present unusual challenges to today's collectors because of the manner in which they were issued.

Besides being sold to the minor league teams, the sets were offered to collectors by mail order in the hobby publications of their day. For some teams, within and among this bifurcated distribution, errors were corrected and/or players added or removed.

Today collectors have to beat the bushes to find the cards they need to complete a team set. While the SCBC back in the day attempted to make the task easier by cataloging all known variations, little or no work has been done to update those checklists for about a decade. So we have to rely on collectors like Simeon who are willing to share their discoveries with the hobby at large.