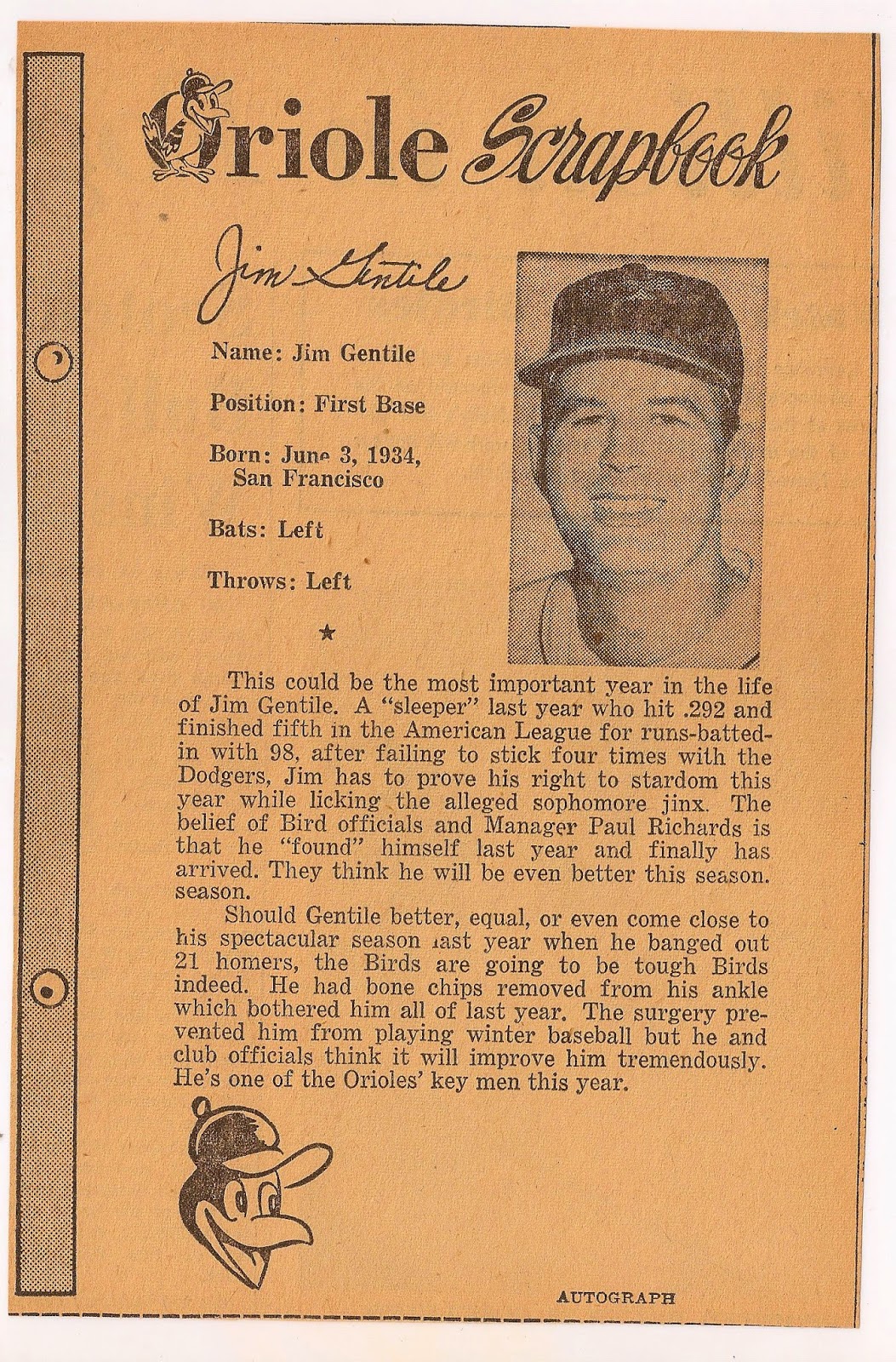 The format for the 1961 pictures was a nominal 5" x 8". Besides the picture and facsimile autograph, the card had personal data including name, position, birth date and place, and a space for an autograph.

Check back tomorrow for information and checklist of the 1962-1963 Baltimore News-Post scrapbook cards.