Response was good to my recent series of catalog updates of 1950s-1970s Baltimore Orioles issues.

I heard from a couple of other collectors who have additions to report to a couple of regional sets.

Since this blog is as good a place as any to make sure this type of information is preserved for hobby consumption, I'll try to help with that when I can.

Publishers of online or ink-on-paper baseball card references are welcome to pick up these periodic listings. 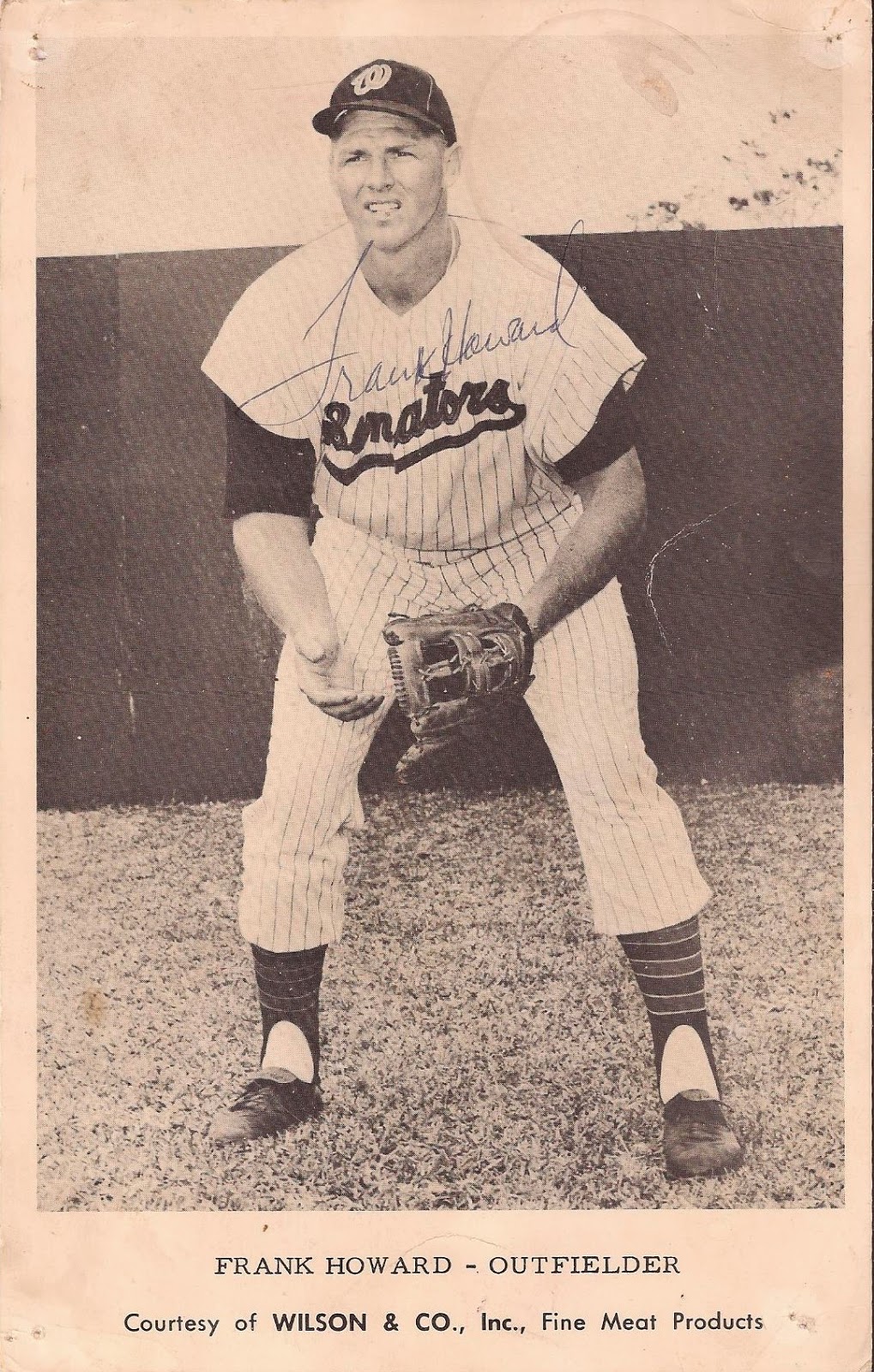 Until the report of a Wilson Meats premium picture of Frank Howard as a Senator was received from veteran vintage collector Larry Serota of Florida, it was assumed from the known checklist that these were strictly a 1961 issue.

The presence of Hondo in a Senators uniform has to be attributed to his time with Washington 1965-71.

Previously all known Wilson Meats premiums depicted players who were with the L.A. Dodgers or L.A. Angels in 1961.

This is the introduction I wrote for the Wilson Meats issue in the Standard Catalog of Baseball Cards some years ago:

It is likely these 5-1/2"x 8-1/2" photos were prepared for promotional appearances by players on behalf of the meat company. The player name and sometimes team name appears at the bottom of the photo and the sponsor's message appears at the bottom, "Courtesy of WILSON & CO., Inc., Fine Meat Products." Backs are blank. The pictures are often found with player autographs, another indicator of their use at personal appearances. 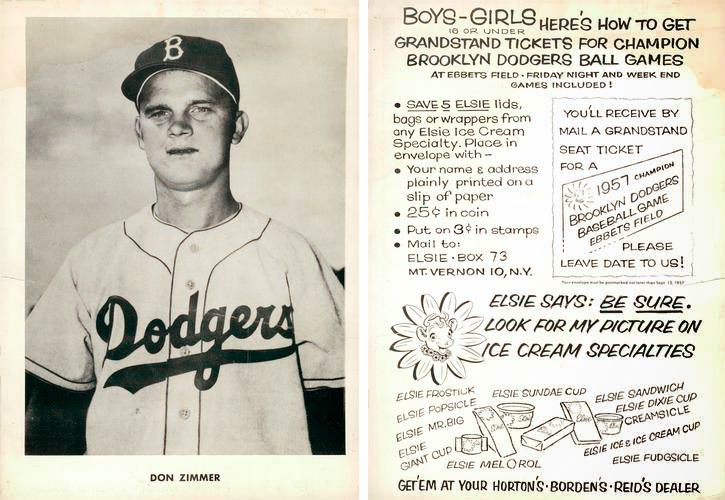 One of the more recent additions to the Standard Catalog was a listing for an issue of player pictures sponsored by Borden's dairy.

Through the courtesy of New Hampshire collector Jack Webster, we now have an addition to what was previously a three-player checklist. The new addition is Don Zimmer.

The catalog intro for the set was:

In their final season in Brooklyn, the Dodgers partnered with Borden's to offer grandstand seat tickets to those redeeming five wrappers from various Elsie-branded dairy treats. The offer was promoted on the back of what appear to be contemporary team-issued picture pack photos. On the backs of the 5" x 7" black-and-white pictures is an illustrated advertisement providing details of the offer. This checklist is very likely incomplete.


The checklist at that time was:
Gino Cimoli
Sandy Koufax
Don Newcombe

I don't know how much time I'll have going forward to publish similar reports from readers, but I'll try to work them in when I can because it is important to preserve these reports for future collectors.

You can send reports to me at scbcguy@yahoo.com .