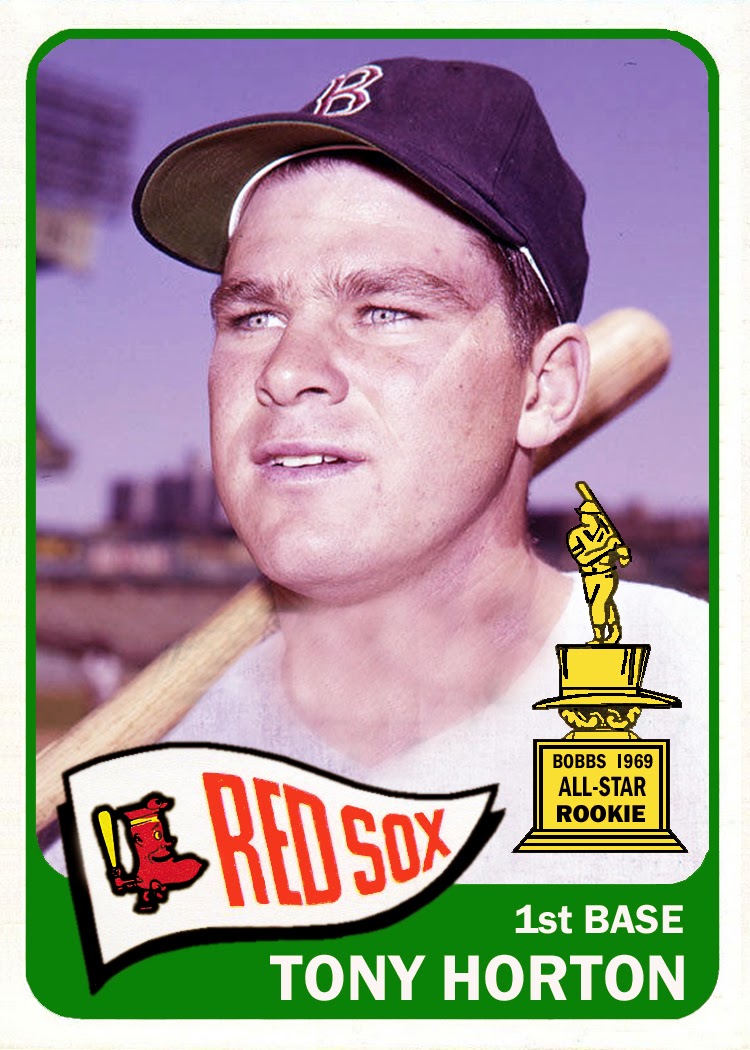 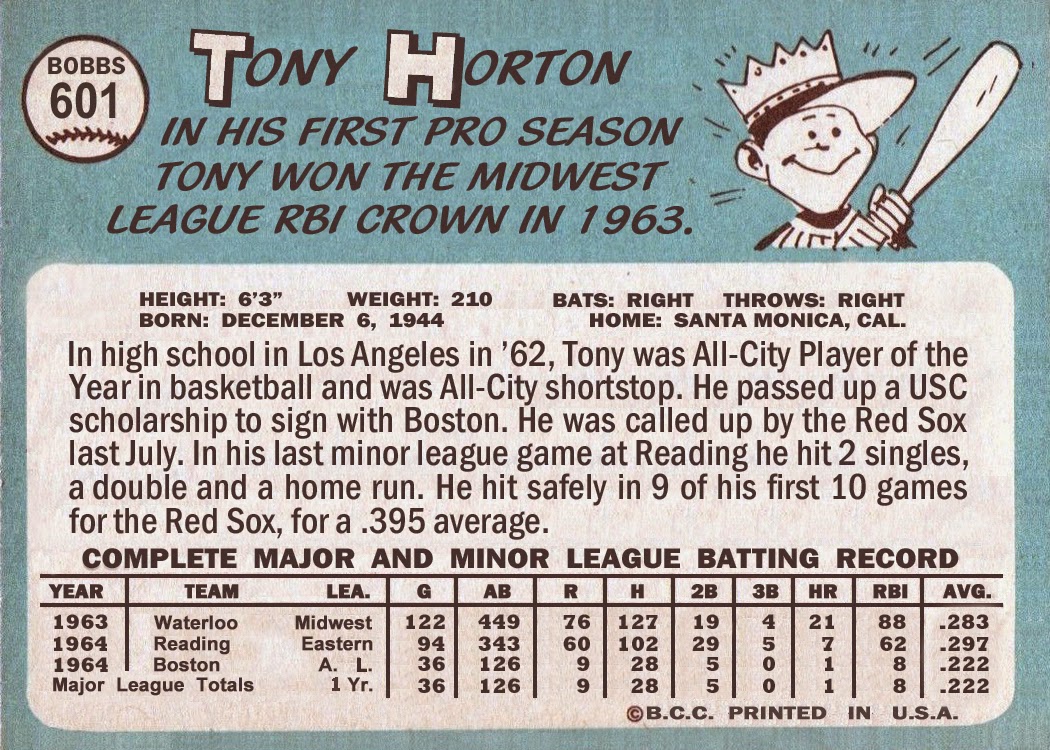 Tony Horton was never really on my radar during his playing days in the 1960s. By the time he made the majors in 1964, my sports and card collecting interests had largely shifted to the American Football League.

Once I got involved professionally in the card hobby in 1980, I became aware of Horton's unusual card history. Though he played for seven seasons in the American League, Horton never appeared on a Topps card.

I recall Larry Fritsch was the person who brought this to my attention. We occasionally speculated on the lack of Horton Topps cards and whether the decision was made by the player or the bubblegum company.

We'll probably never know, because, as I recently learned, Horton steadfastly refuses to talk about his baseball life. 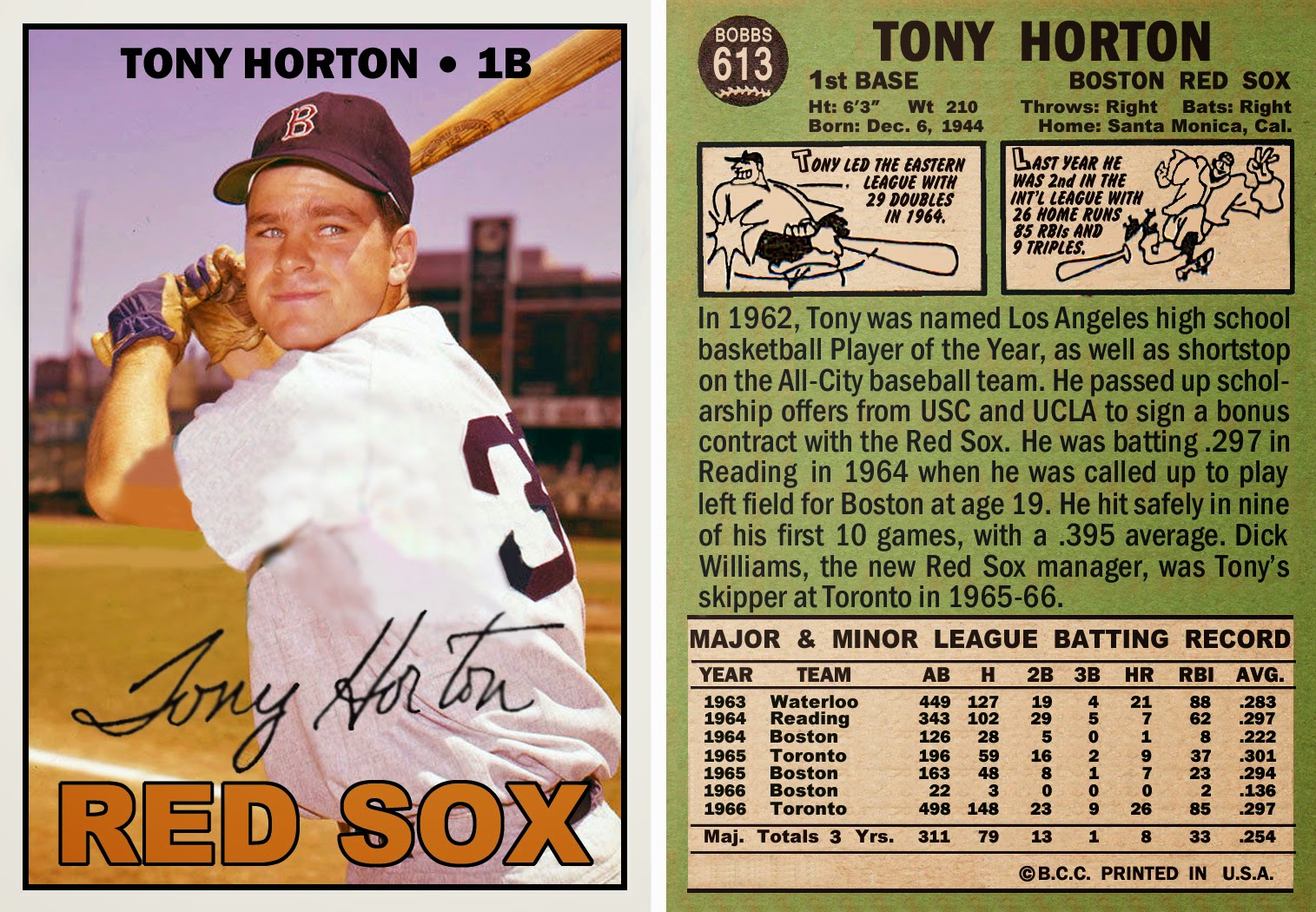 An excellent biography of Horton, written by Mark Kanter and Mark Armour  can be found in the SABR Baseball Biography Project at http://sabr.org/bioproj/person/e1dbb148 . It was originally published in The 1967 Impossible Dream Red Sox: Pandemonium On The Field, edited by Bill Nowlin and Dan Desrochers, and published by Rounder Books in 2007.

Another perspective on Tony Horton, from Scott Raab, a contemporary Indians' fan is found in the 2010 book, Top of the Order: 25 Writers Pick Their Favorite Baseball Player of All Time. An excerpt can be found here: http://deadspin.com/5548412/taunting-tony-horton-the-day-after-he-slit-his-wrists-a-cleveland-fan-repents.

Horton was also in at least one post-career card set, the 1978 TCMA "The Sixties" issue.

In recent years, a number of custom card makers have created various Topps-style Horton cards. Some of them use the same color photos as my newly created 1965, 1967 and 1970 style customs. That's to be expected since there are relatively few available color photos of Horton from his playing days. My customs differ from most in that I also create full backs for each card.

The photos I used on my Tony Horton custom cards are, surprisingly, all from the Topps' archives. Just because Horton wasn't appearing on their baseball cards didn't mean Topps wasn't taking his photo.

Regular reader of this blog know that for the past several months my card-making efforts have been concentrated on making "additions" to several of my favorite non-sports card sets of the 1950s and 1960s.

I decided to switch gears back to baseball cards when a pair of Tony Horton/Red Sox photos appeared among the Topps Vault auctions on eBay. I'd already had in my files a 1969 Topps photo of Horton in an Indians uniform, courtesy of a hobby colleague. 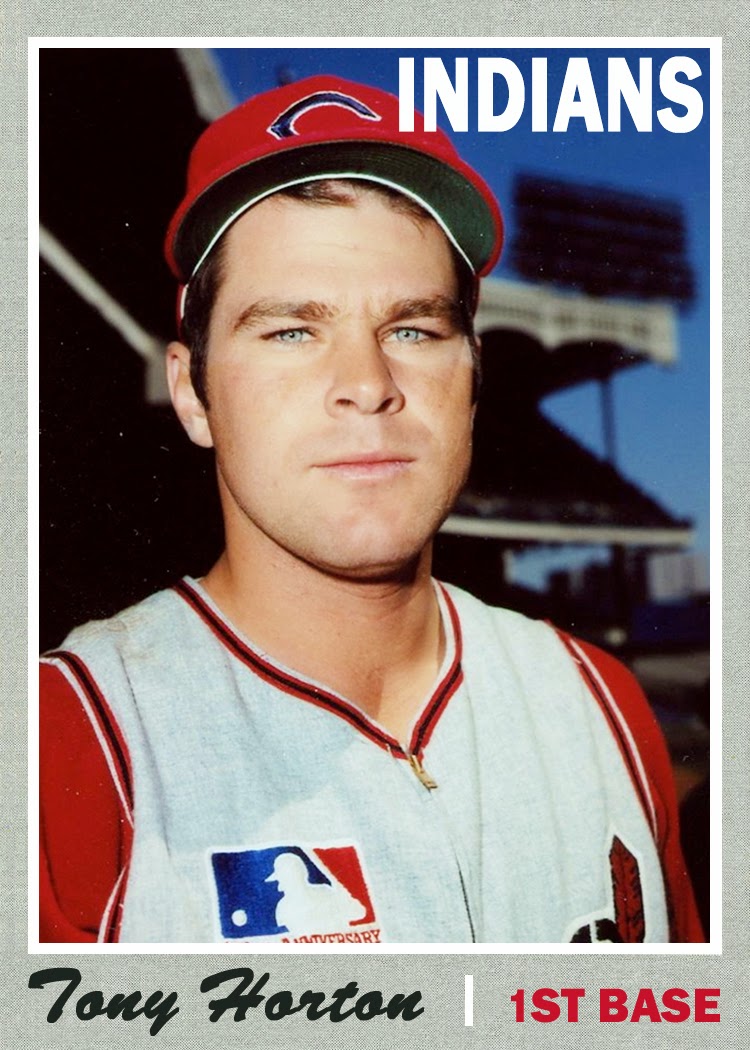 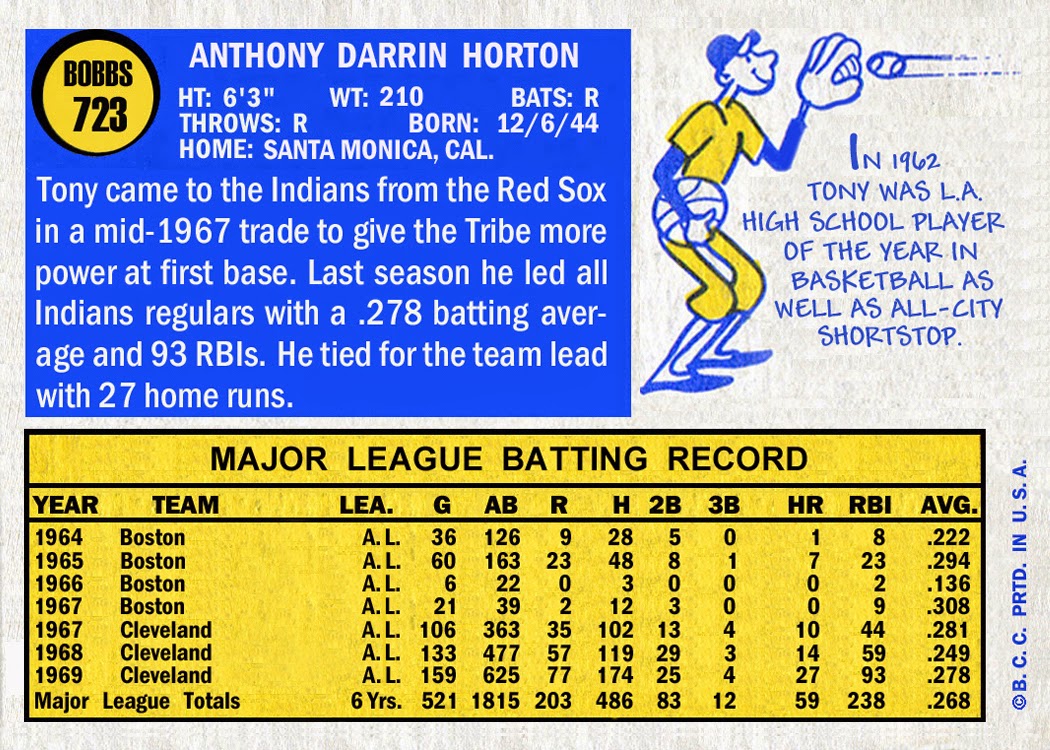