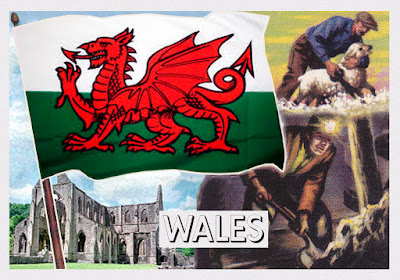 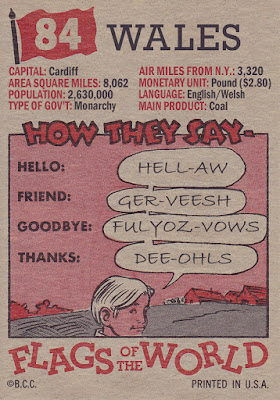 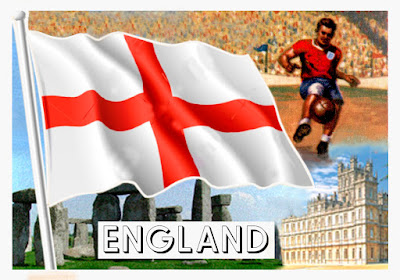 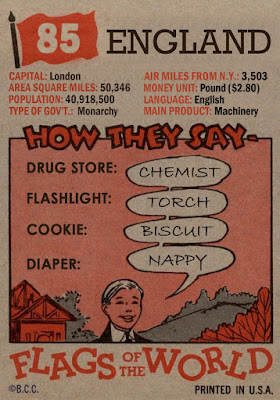 I'm not a big bucket-list kind of guy. If I'm being honest, I screwed up that entire concept.

As a child I had overheard the adults saying I wasn't expected to live to 18. As that time came and went I was in full-on "live like there's no tomorrow" mode; gratification deferred could well be gratification denied.

I'm paying for that now, of course. I've heard the quote attributed to both Groucho Marx and Mickey Mantle, but it accurately reflects my current situation . . . "If I had known I was going to live this long, I'd have taken better care of myself."

Between what I did to myself over the past 64+ years, and what my body has done to me, I am in no position today to work on a bucket list.

There is one thing I would like to do, however. I'd like to return to Great Britain. In 1990 I with my wife and daughter, took a two week coach tour of England, Wales and Scotland; I'd like to go again.

All this is by way of explaining my four most recent custom non-sports cards. Done in the format of 1956 Topps Flags of the World cards, a childhood favorite, I have created a quartet of cards featuring the flags of Great Britain's constituent countries as they might have appeared in the mid-Fifties.

I learn a lot through the creation of these flag cards as I research things such as the "stats" on back which reflect the countries as they existed in 1956.

Collectors of the Topps' originals may recognize that I have borrowed from a couple of the 1956 cards. For my Wales card I appropriated the images on the right from the Topps Flags Poland card, as both countries are known for their sheep and coal mining. The picture at top of my England card is only slightly modified from that which appeared on Topps' Russia Flags cards.

There are at least three more Flags cards in my future, for the American Territories of Alaska, Hawaii and Puerto Rico. These will likely have to wait until next winter, though. My capacity for creating, much less producing, custom cards is not what it was even a year ago. Thus I'm attempting to spread out my efforts among the genres of baseball, football and non-sports cards. Keep watching this blog for new creations.

For now, I hope you'll appreciate my latter-day Flags of the World. 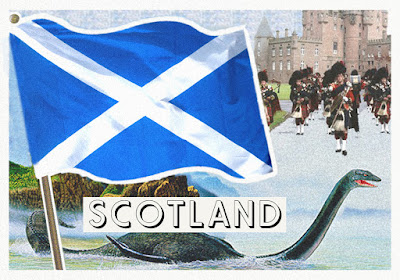 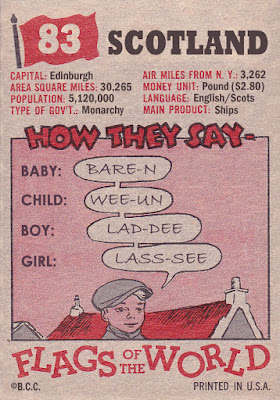 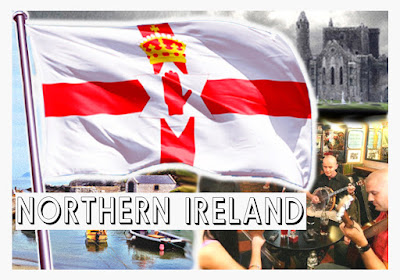 Labels: Topps Flags of the World