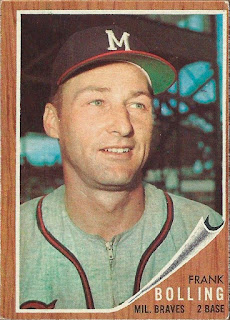 Decades before Steve Bartman's spectacular case of fan interference in a rare  Chicago Cubs post-season appearance, a similar situation made headlines in Milwaukee.

I’ll present here what Bob Wolf, sports columnist for the Milwaukee Journal, wrote in The Sporting News issue of July 28, 1962, under the headline . . .

Post’s ‘Ghost’ Catch Takes
“HR’ Away From Bolling
Everything happens to the Braves. At least that’s what Birdie Tebbetts and his struggling athletes were beginning to think in the light of a freakish play in the second game of the double-header with the Reds here July 15. It was the weirdest in a long line of weird incidents which have marked this trying season for Milwaukee’s sixth-place club.
The Braves won the first game, 5-0, and held a 2-1 lead in the sixth inning of the second when Frank Bolling hit a long drive to left field. Wally Post leaped against the wall and for an instant it appeared that he had caught the ball, but he came down without it. Bolling paused at second until he made sure that Post didn’t have the ball then continued around the bases for what he thought was a home run. But suddenly Umpire Ed Sudol called him out, declaring that a fan had interfered with Post’s attempt to make the catch.
There were many versions as to what happened to the ball, but the most reliable came from spectators in the left field bleachers. They recounted the strange occurrence as follows:
A boy about eight years old caught the ball in his cap, another boy, identified as Gary Murray, 11, of Beloit, Wis., grabbed the ball out of the cap and took it home with him.

Ball ‘Disappeared’ in Boy’s Cap
The first boy, who presumably was one of 3,500 Little Leaguers who were guests of the management and paraded past home plate between games, was walking along the bleacher rail between the 360 and 392-foot signs on the left field wall. When he saw the ball from Bolling’s bat heading toward him, he pinned his cap to the railing by the visor and let it hang over the railing into fair territory. 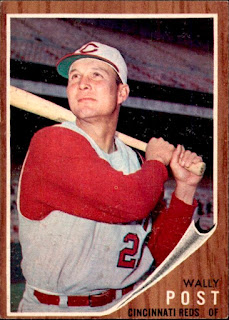 The ball landed in the boy’s cap just as Post leaped against the wall. If Post felt the ball in his glove, as he insisted he did, he also left the boy’s cap.
What apparently happened was that Post’s glove came up under the cap and knocked the ball over the railing, then the ball plopped into the hands of young Murray. But the younger boy, described by witnesses as “a little tike” in a black sweatshirt, had disappeared with his magic cap.
Post, still trying to figure out what had become of the ball, said, “I felt the ball in my glove as I leaned against the wall and then it wasn’t there.”
Sudol said, I ran out from second base and called the batter out because I saw a fan lean over the railing of the bleachers and I thought the fan had caught the ball.”
What would have happened if the small boy had stayed in his seat? There were conflicting opinions on that point, too, but the few adult witnesses in the first row of the bleachers agreed that Post would have had a good chance to catch the ball.  Bolling, then, either would have had an extra-base hit or would have been out anyway.


As it turned out, the play may have cost the Braves the game. The Reds rallied for two runs in the ninth to beat them, 3-2.