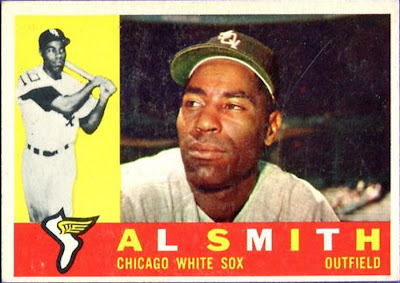 Despite his penchant for ruffling the feathers of baseball’s stuff shirts, Bill Veeck, whom the sporting press often referred to as “Sport Shirt” for his choice of “business casual” attire was one of the game’s most innovative promoters.


While he certainly wasn’t the first team owner to employ players as off-season ticket sellers, Veeck stepped the practice up a notch in the 1959 off-season when he hired three of the players from his American League Champion White Sox to peddle ducats to local businesses.


When a company would inquire about the White Sox season ticket plans, Veeck’s response was not a form letter and on order form. Instead, he dispatched his player-salesmen, partnered with a pro from the team’s ticket office, to the place of business to shake hands and sign autographs for everybody from the company president to the receptionist.


The players worked 40-hour weeks, reporting to the stadium at 9 a.m., Monday through Friday, often visiting as many as 15 prospective season ticket buyers per day.


Working for Veeck in the winter of 1959-1960 were outfielders Jim Rivera and Al Smith, and pitcher Bob Shaw.


Smith was far and away the MVP of the sales force, booking more than $100,000 in ticket sales.


Accepting the sales job was probably just part of Smith’s way of thanking Veeck for giving him a raise – to a reported $22,500 or $25,000 – despite Smith’s career-worst year at the plate, hitting just .237. Veeck countered that, with clutch hits in the pennant race, which he estimated won eight games for Chicago, Smith was “the best .237 hitter in baseball.”


“I’ve never met so many people in my life,” he said. “I’ve talked to industrial tycoons, bank presidents, clerks, salesmen, secretaries – all sorts of people.”


Smith said that he even met a man who said it was his friend who spilled a cup of beer over Smith’s head at the outfield wall during Game 2 of the 1959 World Series, a scene captured in a famous baseball action photo. (Smith had a large image of that photo at his home and once said, "I've signed that photo200,000 times.)


“I told him to tell the guy to come to the ball park and that I’d like to meet him,” Smith said. He never did come.”


Also selling tickets in the 1959 off-season was Billy Martin, then with the Cleveland Indians. After trading Martin to the Reds, Cleveland GM Frank Lane told Martin he could keep the $600-a-month job.

“Now wouldn’t that be dandy?” Martin is said to have responded, “Pick up a phone and say, ‘Hello, this is Billy Martin of the Cincinnati Reds. I’d like to sell you a season’s box for the Cleveland Indians.’” 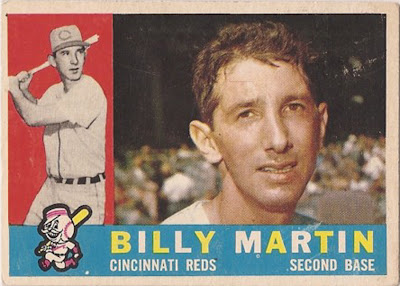