It took seven Reds to put out Musial 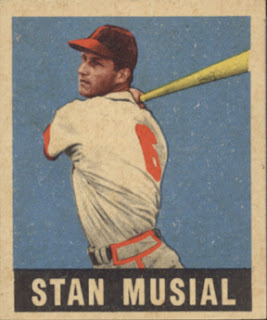 
In a single play  in a 1949 game, six Cincinnati Reds got an assist and one a putout in a rundown of Stan Musial.

In a game at Crosley Field on July 8, Musial doubled to right in the top of the first inning to drive in the game’s first run. 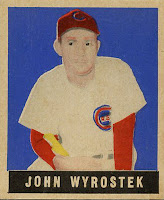 He overran second base and it took seven Reds to put him out.

Right fielder Johnny Wyrostek fielded the ball and threw to second baseman Bobby Adams, who relayed to first baseman Ted Kluszewski (why Adams threw to first, behind the runner, I couldn’t tell you). 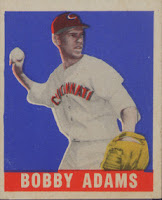 Klu, seeing that Musial was halfway between second and third bases, fired the ball to third baseman Grady Hatton. Hatton ran Musial partway back to second base and threw to shortstop Claude Corbitt, covering.

Musial reversed course and ran for third. Corbitt threw to left fielder Danny Litwhiler, who had come in to protect the hot corner. Litwhiler chased Musial back towards second, gave up trying to catch him and threw to Adams, who ran The Man part way back toward third base again, then threw to catcher Walker Cooper, who was now covering third base.

Cooper had to take only a couple of steps to put the tag on the now exhausted Musial and get credit for the putout. The only other Reds on the field at the time who didn’t get an assist were pitcher Ewell Blackwell and center fielder Harry Walker.

The Cardinals won the game 6-1. 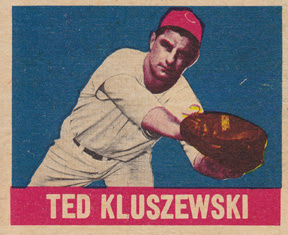