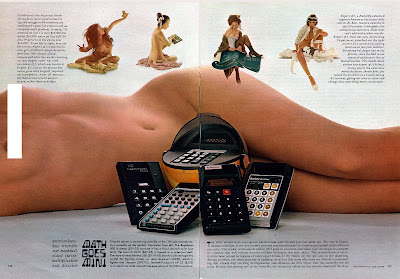 Like many of you, the Great Recession hit me pretty hard. I had fully intended to be retired about this time (or at least as retired as I'll ever get), but when one-third of my retirement funds vanished into thin air, I had to replot my course.
I suspect I'm also like a lot of you in wondering whether we have seen the last or the worst of the recent financial problems. Now I understand why my parents, who lived through the Great Depression, remained frugal and fiscally wary to the end of their days; and they had the advantage of a defined pension plan, probably never (directly) owning a share of stock or a stake in a mutual fund.
Historians still debate how long the Depression would have lingered if a wartime economy had not intervened, but I'll bet that in the late 1930s and through the 1940s, most Americans would have rather slogged through another decade of Depression than the uncertainties of a world war.
In the midst of my personal pity party, it occurred to me that technology might be what pulls the world out of this latest downturn.
That thought struck when I was at the local dollar store and picked up a pocket calculator for $1. No batteries required. You'd have to be my age to realize what a bargain that seems.
As it happened, I was going through a copy of the September, 1973, Playboy a couple of days later and discovered empirical evidence of just how much of a bargain today's dollar calculators are.
As I've mentioned in this space in the past, I have a nostalgic interest in Playboy magazines of the 1950s-early 1970s, especially those issues that have the annual Pigskin Preview article on college football. Among the ads for Japanese import autos and checkered, bell-bottomed, Sansabelt slacks, and the nekkid pictures of Victoria Principal, there was an article reviewing the latest in then hi-tech calculators.
I was struck by the price of those models that seem upon casual perusal to be comparable to the calculator I had just bought for a buck. They were priced at about $100. A quick google search of the historical value of the dollar tells me that 100 of 1973's dollars is the equivalent of about $508 today, given the average annual 4.49% inflation rate.
That suggests to me that if left unfettered by big government, mankind's natural inventiveness and entrepreneurial spirit may yet get us out of the current economic troubles through the application of technological breakthroughs in virtually every field of endeavor.