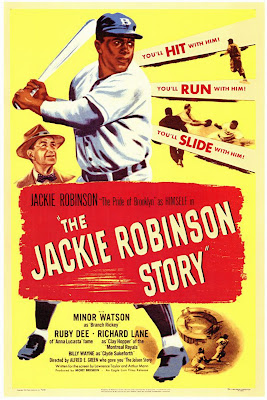 I had to look it up to confirm, but I suspected that major motion picture stars make more money than even the top names in major league baseball.
In baseball, Alex Rodriguez is the top earner, at $32 million this season. Another handful of players are in the $20 million+ category. In Hollywood, guys like Adam Sandler, Leonardo DiCaprio and JohnnyDepp haul in $25-50 million+ per picture.
That disparity was even greater in the early 1950s.
For 18 weeks of filming The Jackie Robinson Story in 1950, Robinson was paid a reported $50,000. His salary that year -- the most the Brooklyn Dodgers had ever paid a player -- was $35,000.
On an hourly basis, N.Y. Giants manager Leo Durocher did even better in 1952 for his cameo in Main Street to Broadway.
It was reported for 2-1/2 hours of work, filming one scene. Durocher was paid $5,000. His contract as Giants manager that season was reported to be $50,000. 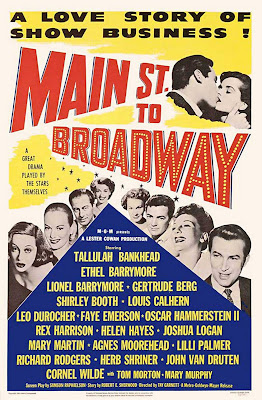