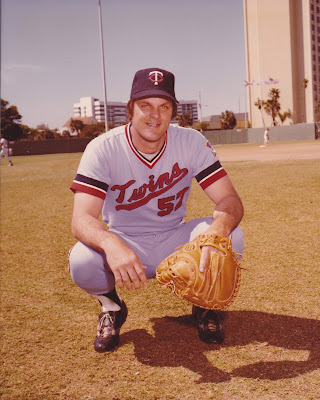 As I work my way through the 600+ baseball player photographs that I recently purchased from the estate of Detroit photographer James D. McCarthy I have encountered a few that have thus far defied my attempts to properly identify them.

Please see my posting of Sept. 20 for background and the details of my efforts to identify these mystery players.

In this installment of the blog, I'm going to share with you the picture of another of the McCarthy mystery men and solicit your input.

The player is question is in a Minnesota Twins uniform and is identified as John Loncar.

From the format of the photo, it looks like something McCarthy shot in the mid-to-late 1960s, or very early 1970s. The mitt on the player's hand indicates to me he was a catcher.

I thought possibly he might have been a bullpen catcher, but since most of them had at least some minor league experience, that line of investigation didn't pan out.

I tried such alternative spellings as Lochner, Lockner, etc., with no success.

If you can provide concrete identification, or even a good guess, please email me at scbcguy@yahoo.com and maybe together we can figure out who this Minnesota mystery man might be. 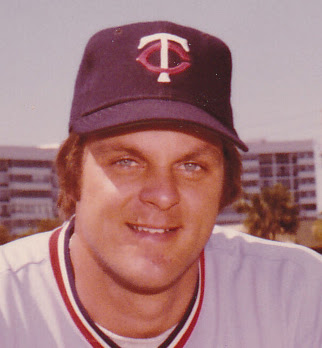 UPDATE: This mystery player photo has now been solved.

An anonymous reader sent an image of a 1977 Dairy Queen Tacoma Twins card of John Lonchar.

Lonchar was drafted by the Twins out of the University of Michigan in 1974. He played three years of Class AA ball at Orlando and had two years at AAA without ever getting to the majors. He never showed the power usually expected of a catcher, his top home run out being four in 1977. His career minor league batting average was .235. 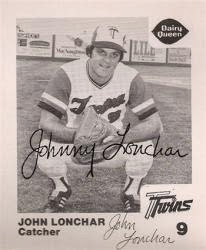