Many fans and collectors know that while a catcher with the Washington Senators in 1908 Charles “Gabby” Street caught a baseball dropped from the top of the Washington Monument.

He revived memories of that stunt May 23, 1945, when he caught two of three balls dropped from the Civil Court Building in St. Louis as part of a war bond rally. 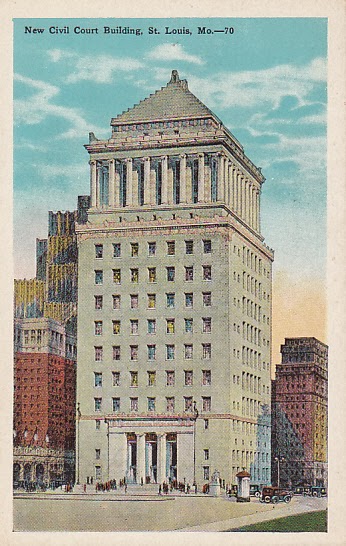 At the time, the 62-year-old Street was a radio commentator for the St. Louis Browns. The baseballs were dropped 300 feet from the courthouse by Street’s broadcasting partner Harry Caray.

An account of the feat in the May 31 issue of The Sporting News didn’t mention the first drop, which presumably Street caught. The paper reported that the second ball bounced, glancing off Street’s head, but causing no injury.

Street caught the third ball, which was sold in a war bond auction to Street’s radio sponsor, the Griesedieck Brewery, for $300,000 in war bonds. Auctioning off “various baseball articles” generated more than $100,000 in war bond sales.

Attendance prizes to bond buyers included five shares of Browns’ stock and a lifetime subscription to The Sporting News.