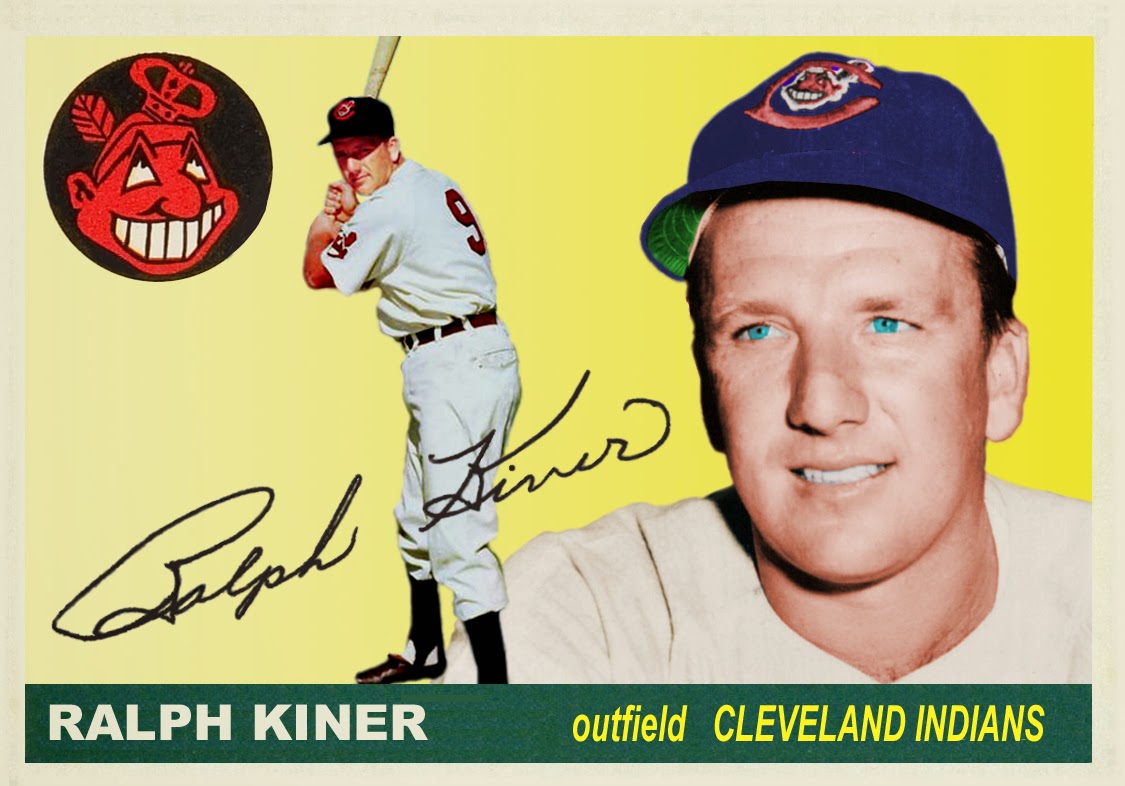 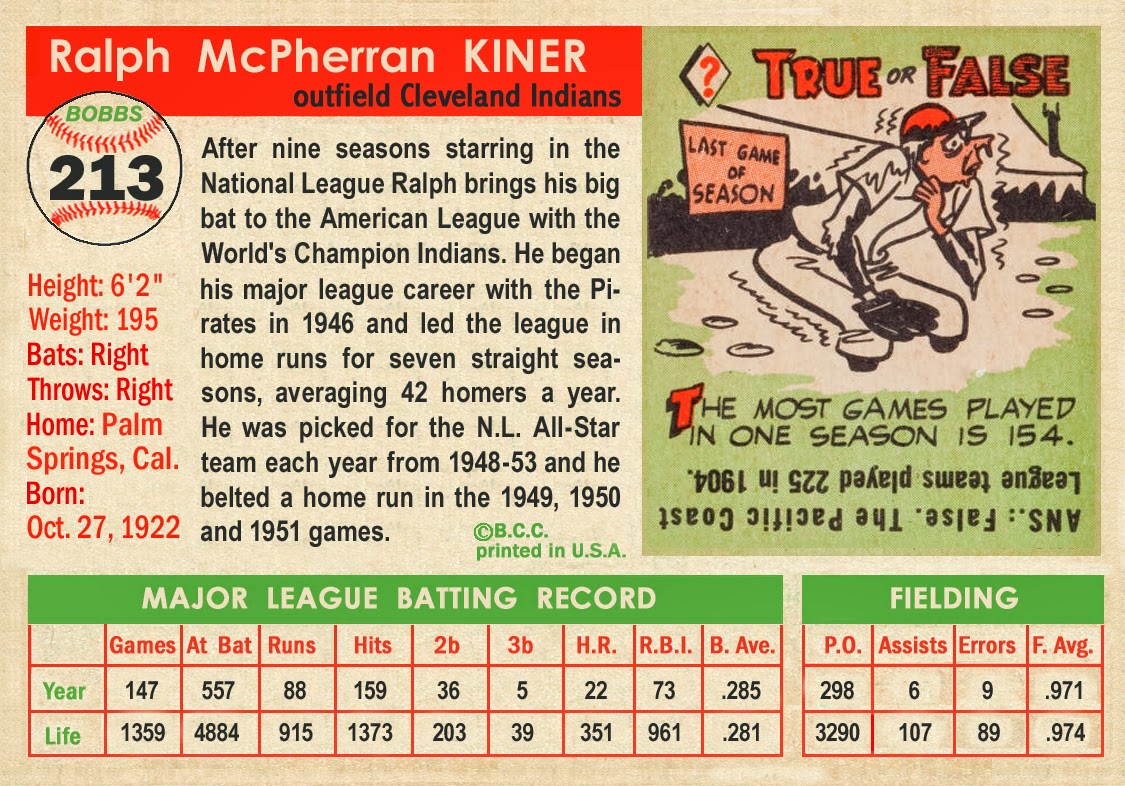 The recent coverage of the death of Hall of Fame slugger Ralph Kiner got me to thinking about his baseball card legacy.

During the late 1940s and early 1950s, Kiner was one of baseball's biggest stars, despite playing much of his career for second-division teams. For much of his time in major league livery, he was the highest paid player in the National League. You don't need me to tell you about Kiner's career; you can find that information all over the internet. 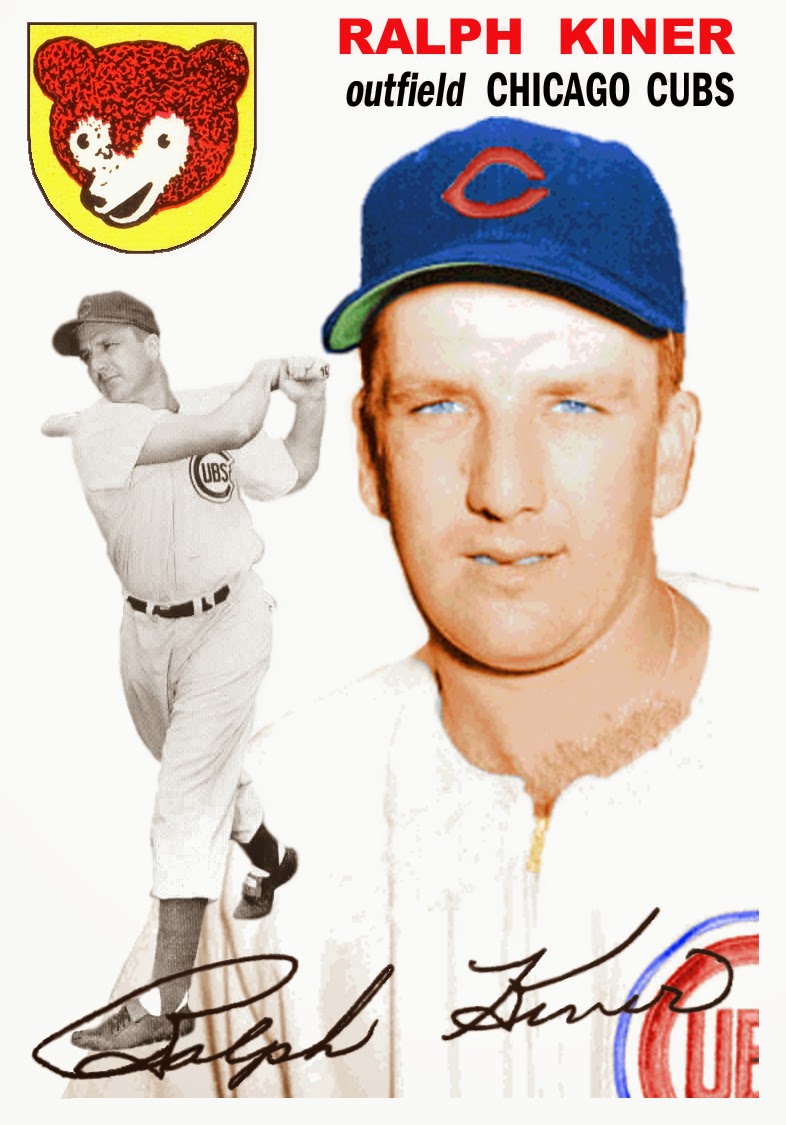 So it's no wonder that Kiner appeared not only on contemporary Bowman and Topps cards, but also on numerous contemporary national (Leaf, Berk Ross, Red Man, Red Heart, Wheaties, etc.), regional and team-issued sets.

I don't recall ever hearing Kiner call a game as a Mets broadcaster, but I think he's the type of radio guy I would have enjoyed listening to.

I have read a great deal about Kiner's early years in my perusal of microfilm back issues of The Sporting News. He seems to have been popular with the editors.

Reflecting on the paucity of contemporary Topps cards of Ralph Kiner, I spent some time over the past couple of weekends doing my best to fill in those gaps.

It's my tribute to a guy who was by most accounts not only a dominant ballplayer, but a good man. 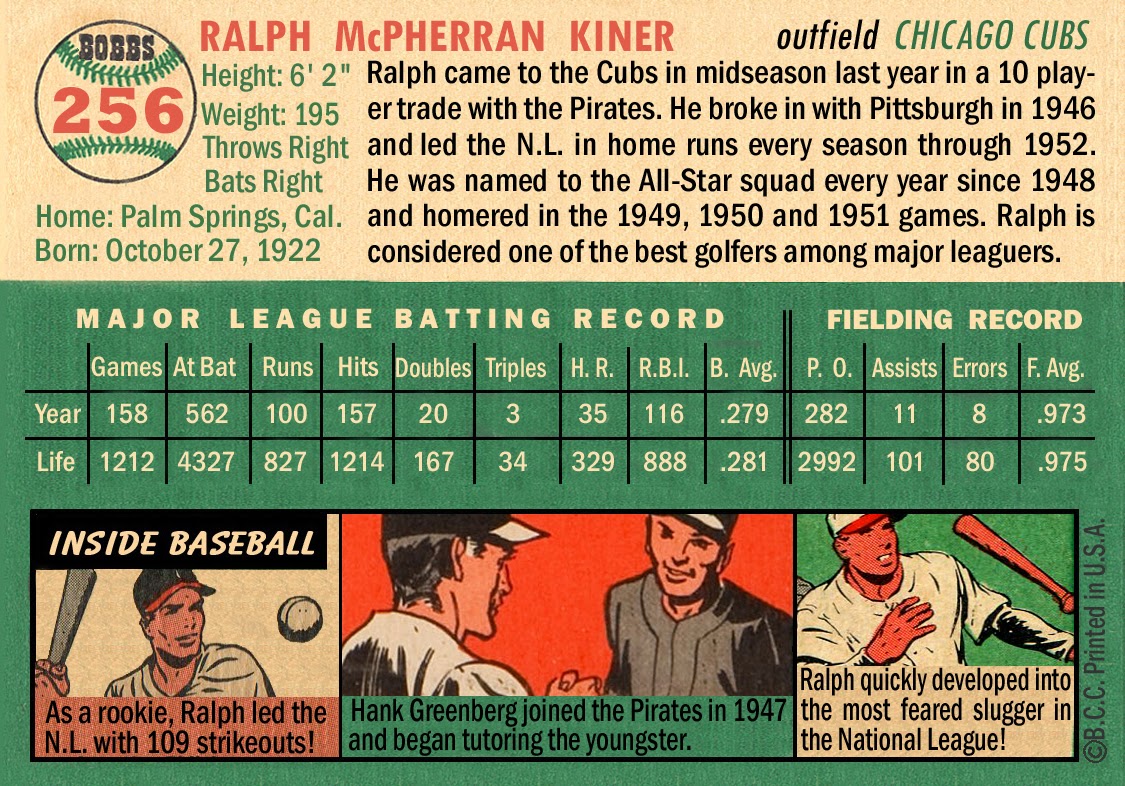