Ballplayers get the bast babes: Part 7 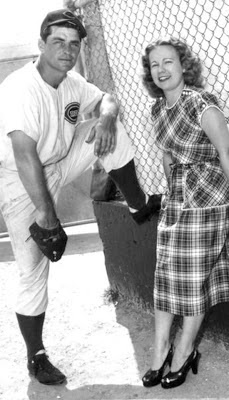 Though undated, this photo was likely taken in the late 1940s. It shows Ted Kluszewski with his wife, the former Eleanor Guckel. They were married prior to the 1946 season. Mrs. Klu was a former softball pitcher. She was 5'2", Klu was a foot taller. 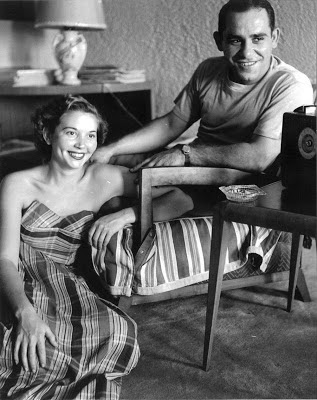 Yogi Berra married Carmen Short on Jan. 26, 1949, and the couple is still married today, 63 years later. The photo is undated. 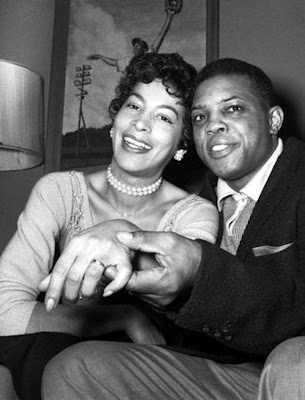 Willie and wife, Part 1. This 1956 photo shows Willie Mays with his first wife, Marguerite or Margherite Wendell Chapman. Willie was her third husband. She had been married to Ink Spots lead singer Bill Kenny and to a doctor in Detroit.

It was reported that Mays gave her an engagement ring that featured the largest diamond from the Hickcock Award belt that he was given as 1955's Athlete of the Year. They were married on Valentine's Day in 1956. 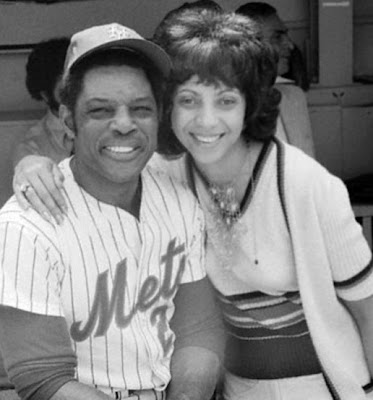 Willie and wife, Part 2. This 1973 photo shows Mays with his second wife, the former Mae Louise Allen, whom he married in 1971.