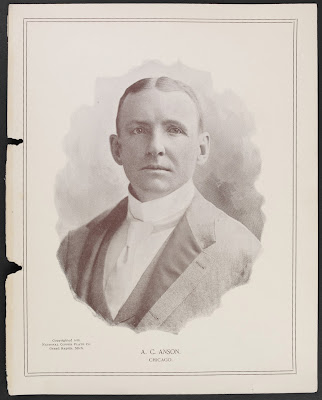 Two of my earliest blogs on this site concerned the complete portfolio of 1898-1899 National Copper Plate Co. baseball player portraits that was offered as the keynote lot in the June 18 debut sale by Collect.Com Auctions.

It was my privilege to sit in on the auction's closing that evening as bidders for the nearly 900 lots of sports cards and memorabilia phoned in or entered over the internet their final bids. (In the spirit of full disclosure, I should mention that I am a consignment director for Collect.Com Auctions.)
When the smoke had cleared, the NCP set had sold for a winning bid of $45,000. With the 17% buyer's premium that was added to each lot, the actual selling price for the set was $52,650. It was interesting to note that two different bidders were willing to pay that price, but that the set was awarded to the bidder that entered the earlier bid as a "maximum bid," meaning that the auction software increased his bid every time another bidder jumped in. One more bid by the underbidder would likely have won the set, but he had no way of knowing that.
"Book price" for the set, if you consider the 2009 Standard Catalog of Baseball Cards to be "the book," was $60,000 in NM condition. Considering that while 49 of the 50 lithographed player pictures in the set were Near Mint (if not better), but that the Cap Anson picture -- which is the second most valuable in the set, behind only the Honus Wagner "rookie card" -- could only be graded Fair because it had been ripped out of the once string-bound portfolio, leaving a pair of keyhole tears, I'd say the "book" was an accurate predictor of the auction result.
I'll also venture to say that the unknown buyer, whose bidding was done through an agent, got a very good deal, even in today's hobby economy. While there has not been a recorded public sale of a single NCP player picture in recent years, sales of several simiarly formatted 1899-1900 Sporting News premium pictures (cataloged as M101-1 in the arcane American Card Catalog system) in the past year showed that advanced collectors were willing to pay double catalog value for single pictures of top Hall of Famers.
When the availability of the National Copper Plate set at auction was first announced, there was considerable interest in whether or not it might be offered as singles, rather than only as a complete set. Several high-rollers among the collectors who specialize in Hall of Famer rookie cards were exceptionally eager to have a chance to acquire what many consider to be the rookie cards of Wagner, Jimmy Collins, Elmer Flick, Willie Keeler and Bobby Wallace. Team specialsts wanted a chance at those cards of a dozen or so players who do not appear in any other baseball card sets. And, type collectors would have liked the opportunity to get an example from an issue that is seldom seen in the marketplace.
All of these potentialities were discussed with the consignor prior to the auction, but the possibility that while the stars' pictures might easily sell for more than catalog value, but that some of the "common" players might generate little or no interest was a significant factor in the decision to 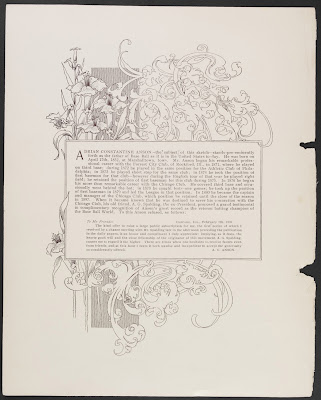 offer the set as a single lot. Many hobby purists, even those for whom such a set was fiscally out of reach, were pleased by that decision, since the set may well be the only one of its kind in existence and some felt it would be a shame to break it up after it had survived intact for more than a century.
It remains to be seen whether the NCP set's new owner will break it up and offer some or all of the pictures in the market, but my hunch is that will not happen.
If time permits, I may use this space to bring to your attention a couple of other items from the auction that I found especially interesting.
The next Collect.Com Auctions sale will close Aug. 27. The consignment deadline for that sale is July 11. If you have items that you feel might benefit from being offered in such a venue, please feel free to contact me.