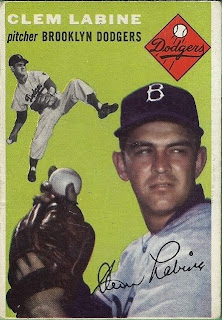 Diplomatic relations between the U.S. and Venezuela are chilly these days, but they have been worse in the past.

One ugly instance in 1950 is an example.

An article by Beaumont sportswriter Bill Spurlock in the Dec. 13, 1950 issue of The Sporting News reported that 15 American ballplayers who were playing winter ball in the four-team Venezuela League during the 1950-51 season, “took a severe punching and shoving around from native police following the assassination of Provisional President Colonel Carlos Delgado Chalbaud in the Venezuelan capital city on November 13.”

Spurlock reported, “the players were first given a good going-over at their hotel and later caught more licks at police headquarters. None were seriously hurt during the frightening incident, though three suffered cuts, one was slugged with a pistol butt and all received numerous bumps and bruises.

All were staying at the Hotel Savoy in Caracas.

Zeke Melignano, whom The Sporting News described as a “bespectacled righthander” with the Vargas club, provided a first-hand account.

The president of Venezuela was assassinated about 10 o’clock in the morning of November 13, and immediately the government declared a 5 p.m. curfew, when everyone had to be off the streets. There were to be no public gatherings or group talking.
About 4:45 p.m. that afternoon the majority of the players were in their rooms, though there were one or two eating the hotel café. Garrison and Dyck were nearing the hotel with some vegetables and groceries in their arms which they were taking to the café ro have cooked.
I was shaving in my room when I heard someone banging on the door and trying to get in. I kept quiet and motioned to my wife to keep quiet. They left and in a few minutes I opened the door and saw Schaeffer. We placed our wives in a room and told them to lock the door and started to walk down the stairway from the third floor. We met a policeman near the stairway and he motioned us on with his machete. We went on down to the lobby and found the police had rounded up all the players. The cops pushed us into the group and we were all piled into three big trucks as we were punched, shoved and hurried along with the flat-side of ugly-looking machetes. I got some terrific whacks as I scrambled aboard the truck. Brother, I was scared.
We were raced at breakneck speed to the police station, where we had to run a gauntlet of police with more pushing, punching, threatening and machete swinging. We were lined up in a big room and it was here that Bundy saw a police captain that he had met at the ball park. Bundy acted as spokesman with the police official and with signs and the few Spanish words he knew identified us as ball players.
There was a short conference and after we were searched and signed our names to a sheet of paper, we herded into a truck and taken back to the hotel, where we found our wives nearly hysterical.

Melignano said that 11 of the players’ wives were wintering in Venezuela with their husbands and that Haag’s nine-year-old son and Fiala’s infant daughter were also there. “The women were not molested in the least, though they were frightened,” Melignano said.

Melignano reported that several of the players showed the police their passports and said “Me Americano,” but that only brought another whack and did not good. “None of us could talk Spanish,” he continued, “and there we were being pushed around and there was nothing we could do about it, and we didn’t know what for.  In fact it would probably have been dangerous to protest too strenuously. We did not strike a single blow.”

What precipitated the police brutality? According to Spurlock, it was a rumor.

Spurlock wrote, “A story reached Caracas police that some foreigners were in the Hotel Savoy celebrating the slaying of their president. Shouts of ‘Down with the tyrant’ and ‘Let’s have a drink to the death of the tyrant’ were said to have been heard in front of the hotel.. Three trucks loaded with police swept down on the hotel without the slightest warning.”

As an afterthought, Spurlock mentioned in his article, “Three or four other Americans who lived at the hotel and several natives were also manhandled by the coppers, who wielded the flat side of machetes like home-run sluggers at bat.”

According to Melignano, the most serious injuries to the players included Baich (cuts to his back and left arm), Glock (slash on the arm), Haag (badly bruised right arm) and Bundy (hit in the face with a gun butt).

The day after their release, the battered ballplayers appeared at the American Embassy to protest their treatment. Attaches there were already aware of the incident and said they were making an investigation. Apologies came from the police, who admitted they had been acting on rumors.

On Nov. 15, Venezuela League officials came to the hotel with apologies. The following day, as the players were preparing to leave the country, the presidents of the teams met with the players and offered them $500 apiece to stay on and forget the incident.

With the country under martial law, league play did not resume until Nov. 23.

“I don’t know who remained in Caracas,” Melignano said upon his return on Nov. 18. “I understand some of the fellows did.” A week later, Melignano went to work for a Beaumont haberdashery. “No sir, no more winter ball for me where the cops swing sticks and knives and then ask questions,” Melignano said. 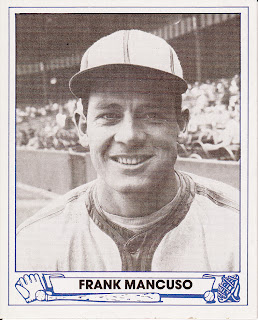 Among the brutalized players who remained in Venezuela were Frank Mancuso, who was leading the league in batting at about .414 when the death of his brother and illness of his mother caused him to return to the U.S. late in the season. Clem Labine and Mike Lemish hung in with the Magallanes club that won the pennant. Also mentioned in game accounts after the incident was Ford Garrison.

Apparently the incident didn’t prevent other American minor league players from going to Venezuela to replace those who left and to join the Cerveceria Caracas team, which for the first time in its history began to use non-Venezuelan players in a futile chase for the flag.

Not mentioned in the accounts of the police riot were the black Americans who were playing in the country. Absent specific mention, I draw the conclusion that the Negro League players and a few black minor leaguers performing in the Venezuela League were, as in the U.S. at the time, precluded from staying in the same hotel as white players.
Posted by Bob Lemke at 4:31 PM