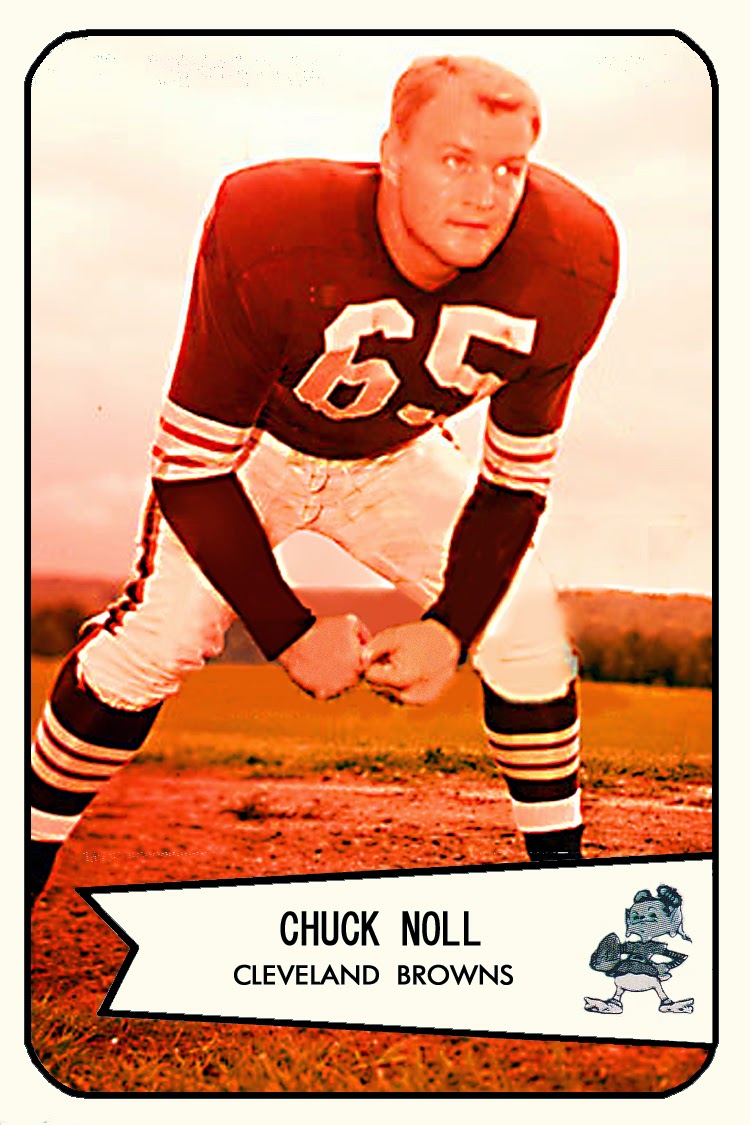 I can't tell you anything about Chuck Knoll that you haven't heard in the days since his death or that you can't easily find with a google search.

I can tell you that while I've seen no fewer than seven photos of Noll from the late 1950s in Topps Vault auctions in the past couple of years, he never appeared on a Topps card during his days as a guard-linebacker with the Cleveland Browns.

He was slighted by Bowman, as well. In those days when football card sets comprised fewer than 200 cards, the so-called "skills players" got most of the spots on the checklists.

Fortunately for today's collectors, the Cleveland Browns in the 1950s produced many team-issued picture sets, premium photos, etc. Chuck Noll can be found in such sets as:

Noll was also included in Kahn's Weiners card set of 1959, perhaps his most expensive card.

And, of course, since the early 1980s he's been on dozens of cards from second-tier card companies as Steelers coach.

My contribution to Noll's football card legacy is a custom card in the style of the 1954 Bowmans, one of my favorite football card sets from childhood. 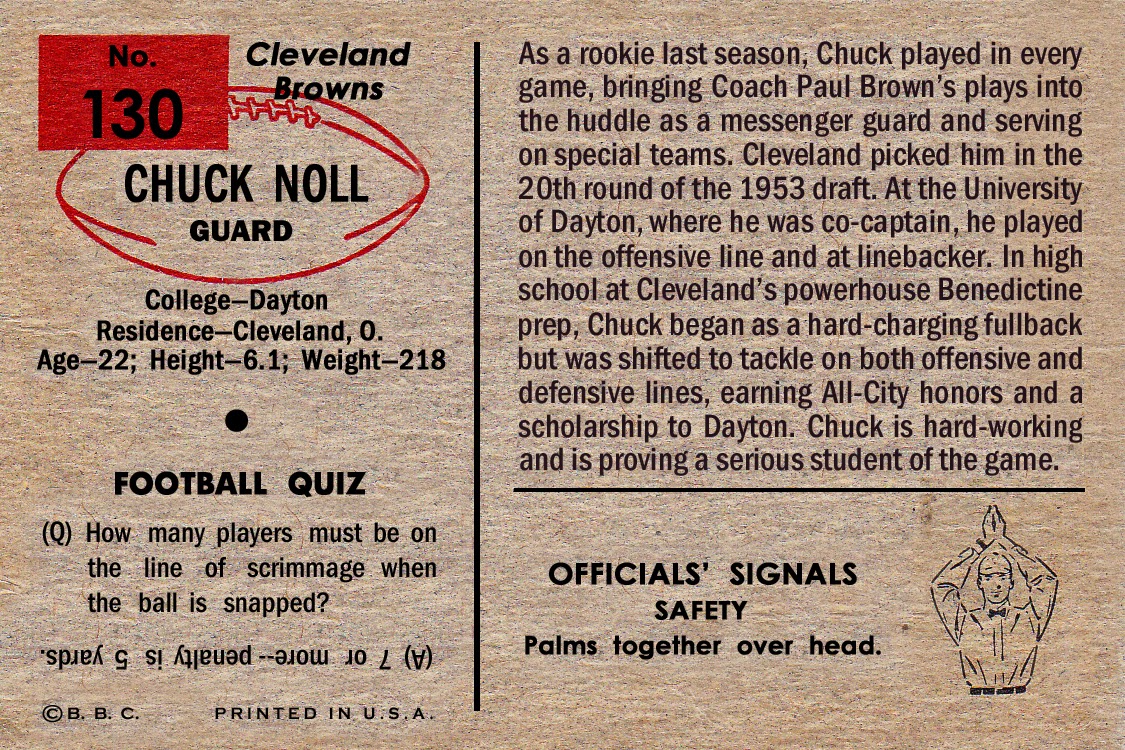