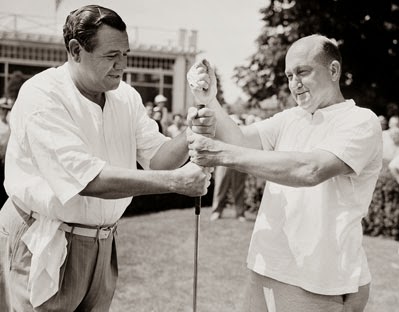 In the summer of 1941, Ty Cobb and Babe Ruth met for a best-of-three match-play charity golf challenge.

At the time of their meeting, Cobb was 55 years old and Ruth was 46.

After Ty Cobb won the first of their two golf matches at Newton, Mass., June 25, by a 3 and 2 margin, Babe Ruth came back on the Fresh Meadow course at Flushing, Long Island, June 27, to finish ahead, 1-up, on the nineteenth hole. 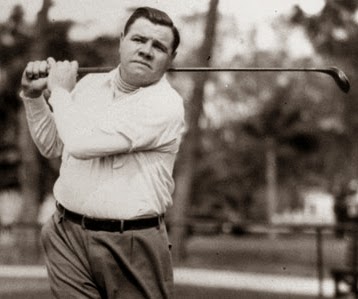 About 700 persons paid $1 each to witness the first match, but not more than 250 turned out at the Long Island meeting. The proceeds from the Massachusetts affair were donated to the Golden Rule Farm for boys at Franklin, N.H., while the receipts in New York went to the United Service Organizations.

Both of the famous one-time diamond stars battled with grim determination in their matches. Neither gave the “needle” to the other, although Ruth tried to talk things up in the first meeting, finally subsiding when Ty maintained his intense concentration on the game. Cobb’s putting, as a rule, was better than Babe’s in the two matches.

Wiping buckets of perspiration from their brows after the close of the second match, the pair agreed to meet again in a third and final match later in the summer, or early fall, probably at Detroit. Fred Corcoran, tournament manager of the Professional Golfers’ Association, arranged the matches. 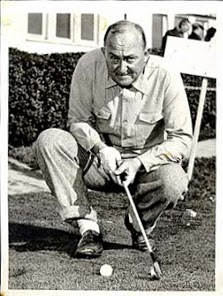 “In all my life I never competed under such pressure,” Ty declared, after the initial meeting. “In my 25 years of baseball, I never had to bear down as hard as I did in that match. Well, I beat Ruth and so I have something good to tell my children. I have finally beaten the Babe at something.”

In the rubber game of the series, played July 29 at Grosse Isle Golf and Country Club in Detroit, Cobb again defeated Ruth by 3 and 2.

A Sporting News writer commented, “Neither diamond star played good golf.” Cobb was 15 strokes over par after 16 holes, when the match was ended.

Admission proceeds from a crowd of 2,500 again benefited the USO.