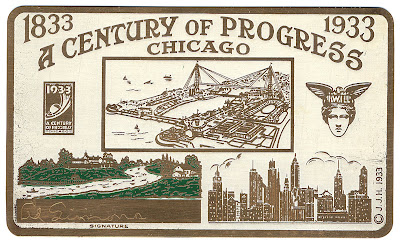 For nearly the past year I have maintained an office for my "day job" in a building near downtown Iola that was built in 1957 by my former boss, Chet Krause. With the completion of that building, Chet finalized his transition from a country carpenter/contractor to a hobby publishing magnate.


When I joined Krause Publications as an editorial assistant on Numismatic News, the weekly newspaper for coin collectors, in June 1974, I occupied a cubicle in that building.
The company vacated the 1957 building in November 1975, moving into a much larger new facility at the edge of town that allowed the different departments of the greatly enlarged Krause Publications to once again operate under one roof, as opposed to the three or four different buildings around town that had been providing temporary housing.
Chet's oold office building was subsequently sold to a church, which occupied it for a few years, then to a coin and antiques dealer who maintained it as both an office and residence. When he severed all ties with his former publishing company in 2002, Chet bought back his old office building and completely rennovated it for use as a retirement office, from which he could work on writing, cataloging his lifelong numismatic collections for sale and conducting family, civic and charitable endeavors.
He has leased space in his building to a local attorney and a tax preparation specialist. Since last November, my employer, Whitman Books of Atlanta, has also leased space there for my office.
All this is by way of explaining how I came to be in possession of the item illustrated in this posting. What it is, is an enameled brass "card," about 3-3/4" x 2-1/4." It is a season pass for the 1933 World's Fair in Chicago and it was issued to Hall of Fame ballplayer Al Simmons.
While I am no autograph expert, I believe that this pass was "signed" by Simmons, using a steel graver. As hard as it is to sign a baseball with a fountain pen, I imagine scratching a signature into a metal plate is an even trickier proposition, but the signature on this pass bears many characteristics of Simmons' more commonly encountered ink-on-paper autographs to convince me that it was probably his handiwork.
Simmons was probably honored with this season's pass by virtue of his selection to, and appearance in, the first modern All-Star Game, which was conducted in conjunction with the World's Fair at Comiskey Park on July 6. I imagine all of the players and other significant personages connected with the game were accorded a similar pass.
The American League won that premiere All-Star Game 4-2 on a Babe Ruth home run. Simmons played the entire game in center and right, and went 1-for-4 at the plate. The attendance was recorded as 49,200 and the game was played in two hours and seven minutes. Today, the pre-game introductions take nearly that long.
Now, Chet Krause never was a sports card or memorabilia collector, but in the course of 40-50 years of attending coin shows around the country, he accumulated a large volume on non-numismatic ephemera, which he is now organizing and preparing for disposition. He "disposed" of this Al Simmons item by giving it to me.
In doing so, he confirmed a local legend, which was the reason he ever bought the piece in the first place.
It is folklore here in Iola that Al Simmons once played a game for the town team against arch rival, Manawa. This is said to have occurred circa 1921, when Simmons, who was born and raised in Milwaukee, was probably still playing under his birth name, Szymanski. It is said that Simmons had been lured "Up North" with a significant cash offer to pitch a game or two as a "ringer" for Stevens Point (about 25 miles west of Iola) in one of that city's supposedly amateur tilts. (While Simmons played his entire pro career as an outfielder, the legend is pretty clear that he was pitching during his sojourn here in the northern wilds.) After pitching for Point on a Saturday, he was brought to Iola for a Sunday game. These games between town teams were a very important source of entertainment in that era, with much civic pride invested in the outcome. Thus the use of semi-pro and even professional players when the rivalry (and likely the betting) reached significant levels.
In 1922, Simmons made his professional debut at the age of 20 with the Aberdeen Grays, a Class D league in the Dakotas, and with his hometown Milwaukee Brewers in the American Association.
Nobody seems to recall the details of the game in which Simmons played for Iola, and if the details were ever recorded in the local paper, it is unlikely I'll ever live long enough to find them. But this brass plaque with a most unusual version of the autograph of Wisconsin's greatest native ballplayer presents not only a link to a local baseball legend, but also a link to my old boss, Chet Krause, a local legend in his own right. 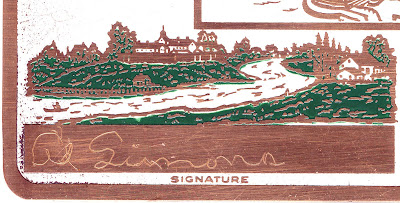