This is a listing that was prepared after thedeadline for the 2012 Standard Catalog of Baseball Cards. It was intended for a future edition, in the Vintage Major League section of the book. 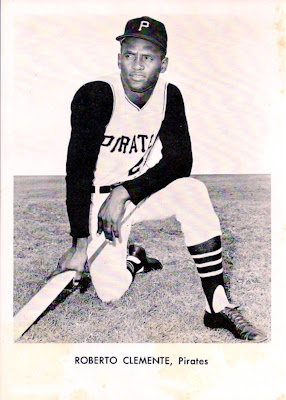 This set of 5” x 7” black-and-white blank-back player pictures was created for sale at stadium concession stands and other souvenir outlets. The players are pictured in portraits or posed action photos, bordered in white. In the wide bottom border, the player’s name is printed in all capital letters, with the team nickname in upper- and lower-case letters. The set was sold in a white picture envelope. Because of the player selection, a specific year of issue cannot be pinpointed.