Another "error" for Babe Herman

Uncommon commons. In 2006 I purchased a complete set of The Sporting News and The Sporting Life newspaper microfilms from 1886 through the early 1970s. I figured they would be a great source of entertainment when I eventually retired. In my years at Krause Publications I had used the films to research feature articles and columns that appeared in SCD and Baseball Cards magazine. In that process I discovered that each issue of those venerable sports weeklies had many tidbits that as a collector of baseball and football cards I found interesting because they helped bring to life the faces on the cards I collected. I figured that if I found those items of interest, so would other vintage card collectors, so from time to time I compiled my notes into columns that I called "Uncommon Commons." I've decided to continue that tradition in this forum because a blog is tailor-made to host these short pieces and because it is easy to share images of some great old cards that may not be worth a lot of money, but that have an appeal to veteran collectors.
With a .324 lifetime batting average over 13 big-league seasons (1926-37 and 1945), the conventional wisdom holds that Babe Herman has been kept out of the Hall of Fame because of fielding inadequacies.
One of Herman's most costly "errors," however, doesn't show up in any box score.
According to a sidebar in a 1953 Sporting News two-part feature on the occasion of Herman's having been named a Yankees scout, Babe missed his chance at a fortune due to the deference in which he held an older, and supposedly wiser, teammate.
Now, I have to point out here that the piece in TSN probably has to be taken with a grain of salt, because the facts don't match up with the realities, but the basic premise of the tale must have had a kernel of truth. 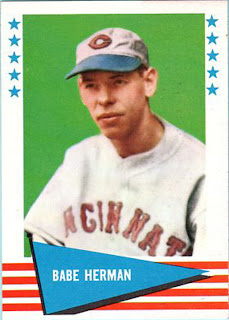 The article reported that in 1922, when he was 19 years old, Herman was part of a post-season exhibition tour with Ty Cobb and some of the other Detroit Tigers. In one game in "a small Georgia town," Herman rapped a single when he pinch-hit for manager Cobb. He whiffed, however, on a stock tip, possibly pitched by Cobb.
The article reports that Herman passed up the chance to buy 100 shares of Coca-Cola stock at $1 apiece. Since Cobb was a major early investor in Coke, it's possible it may have been him that gave the tip to Herman. The youngster, seeking the advice of Tigers pitcher Howard Ehmke, whom he considered more wordly and mature, was steered away from the investment.
The TSN article said that if Herman had bought the stock, it would have been worth some $256,000 in 1953.

In doing a little deeper research into Coca-Cola stock values, I found a significant inconsistency in the story. Coca-Cola went public in 1919 at $40 a share. At the end of 1922, the stock price was $79.625. Thus it seems unlikely Herman really had the chance to buy Coke shares at $1 each. I suppose it's possible Cobb may have offered the kid such a deal in a private stock sale, but that doesn't seem likely. 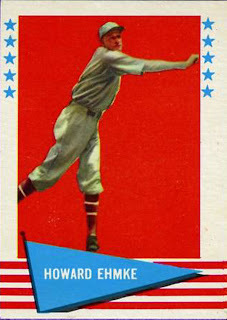 If Herman had, indeed, been able to buy 100 shares for $100 in late 1922, with stock splits and the reinvestment of dividends, his Coke shares would have been worth more than $39 million at the time of his death in 1987. Today, if I'm reading the data on Coke's website correctly, that buck-a-share investment in 1922 would be worth almost $850 million.
Even if we assume that in 1953 either Herman misspoke or the TSN reporter misunderstood him, Herman would have made a pile if he had invested $100 in Coca-Cola stock at the then-current market value. Theoretically, his C-note would have yielded 1.25 shares of Coke stock. With splits and reinvestment of dividends, that would have grown to more than 12,000 shares at the end of 1986, with a market value of $481,501. Today, if that stock had remained in his estate, there would be 161,280 shares, worth more than $10.6 million.
It looks like Ehmke was a better pitcher (he was 166-166 with a 3.75 ERA in 15 major-league seasons between 1915-30) than he was a stock picker. 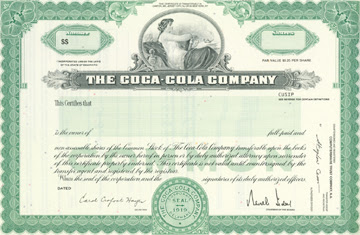