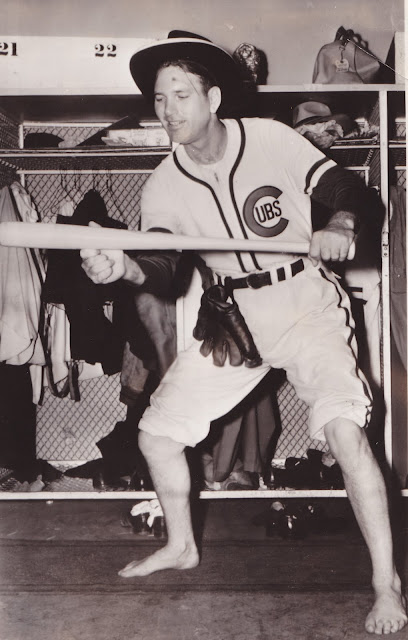 A couple of days ago we shared a photo from among a couple of hundred accumulated over 30+ years. The picture was of St. Louis Cardinals pitcher Paul "Daffy" Dean tending to his farm.
In the same vein, presented here is a picture of Dizzy Dean you probably haven't seen before. 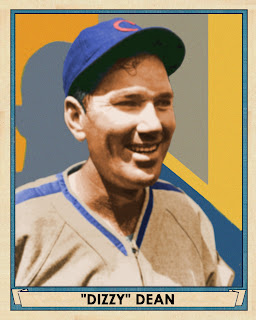 After beginning the 1940 season with a 1-1 record in six appearances and an ERA way above 5.00, Diz was sent down to the Cubs' farm club in the Class A1 Texas League to work out the kinks.
The cutline on the picture reads, "The once-great Dizzy Dean was headed for the minors today be he still kept his good humor as, barefoot and wearing his cowboy hat, he donned his Chicago Cub uniform for the last time before leaving for the Tulsa Club of the Texas League. Dean hopes for a comeback in the same circuit in which he began his amazing flight to major league hurling heights."
With the Oilers in 21 games, Dean had an 8-8 record and 3.17 ERA. He was recalled by the Cubs in September and had a 2-2 record in four games.