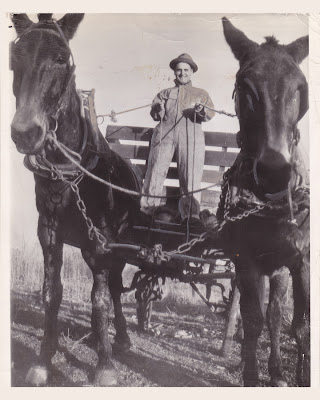 In preparation for a relocation of my office, I’ve been poring over 30+ years of accumulated files trying to get up the nerve to start filling a recycling bin.
I’ve moved these folders full of photos, card, photocopies and notes at least six times. What makes me think that if I haven’t found time in the last couple of decades to convert these bits and pieces into features for the entertainment of collectors, that I will do so in the next couple of years?
Fortunately, rather new to the equation is this blog. It’s a lot easier to convert photos to images and “publish” articles on the internet than it was in the ink-on-paper days.
With that in mind, I’ve determined to try to wade through the files and present the gleanings in this space as time allows. I’ll identify these shared photos under the headline “Pretty Pictures.” That was the name of a 1930s book of cartoons by Otto Soglow that I read and reread as a child.
Most of these shared photos don’t have any great baseball historical significance, but at some point they appealed to me. In many cases, they present the players out of uniform and out of context. They provide a different look at the guys on our baseball cards.

We’ll kick off the series with this 1941 photo of Henry “Zeke” Bonura. Datelined New Orleans in mid-January, it is a photo of the type that was meant to keep alive the ember of baseball interest during the off-season in the days before multiple 24/7 sports channels on television.

﻿
﻿ This is an Associated Press wirephoto. It was headlined, “Farm chores keep Cub slugger in shape.”


The caption reads, “Zeke Bonura, former New York Giants’ problem child but currently a docile ward of the Chicago Cubs, carts a load of cabbages on his 200-acre farm, and declares he will try ‘harder than ever before’ during the coming baseball season. And as he goes about his chores he doesn’t hesitate to predict a pennant for the Cubs. ‘The Cubs don’t lack anything’ sums up his praise for his new club. As for his cabbages, ‘They’re the best in Louisiana.” And the mules are good too, says Zeke.”

Bonura was a good-hitting first baseman. In his seven-year major league career he hit .307, and in his first five seasons (1934-38), he averaged more than 20 home runs a season.

But, despite the fact that he led American League first basemen in fielding three times, he was viewed as a defensive liability due to a lack of range and effort. His futile wave at ground balls scudding past him became known as the “Bonura salute.”

Despite Bonura’s prediction of a pennant in 1941, the Cubs finished sixth. Bonura, however, wasn’t there to see it. By the time this photo was taken, Bonura’s major league career was over. A month after the picture was sent to the newspapers, Bonura was sold to the Minneapolis Millers.

With time out for military service in World War II, Bonura continued to play minor league ball until 1952. As a player-manager with Midland in the Longhorn League (Class C) in 1951, he batted .404 in 48 games.

Bonura continued to manage in the minors for a few more years after ending his playing days. In 1953 he won the Northern League (Class C) title with the Fargo-Moorhead Twins. In his first season of pro ball, 18-year-old Roger Maris hit.325 with nine home runs for Bonura’s team.

Picture for sale: If you'd like to buy the "Farmer Bonura" press photo;  it's available for $4.99 postpaid. E-mail me at scbcguy@yahoo.com for payment details.
Posted by Bob Lemke at 1:46 PM